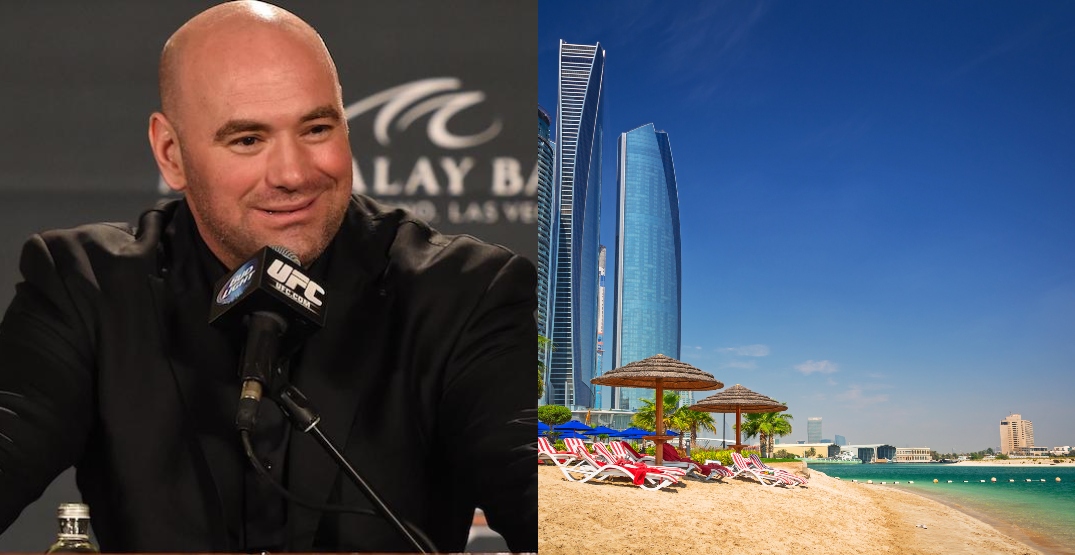 He told us “Fight Island” was real.

It was two months ago, when the entire sports world was on lockdown, that UFC President Dana White shared his plan to stage fights on a “private island.”

On Tuesday, White revealed the mystery location of “Fight Island,” announcing that four UFC events will take place in the United Arab Emirates on Yas Island, Abu Dhabi, in July.

The “Fight Island” concept was born out of necessity, as White wanted to stage events with international fighters who currently aren’t allowed to travel to the United States. Since starting back up on May 9, the UFC has held three events in Jacksonville, Florida, and two in Las Vegas, without fans in attendance.

“We’re building infrastructure over there, and we have a whole plan on how this thing’s going to work,” White said.

Yas Island is a fully developed island, just a short 15-minute drive from Abu Dhabi International Airport, connected to the mainland by road. Fighters will stay on the island in one of the nearby hotels.

“Everything will happen on the island. Nobody will leave the island,” White added. “They’re going to have their own private training quarters where they can train themselves. We do have an octagon out on the sand. The infrastructure’s going to be unbelievable. When we go out there, the people in Abu Dhabi do everything right.