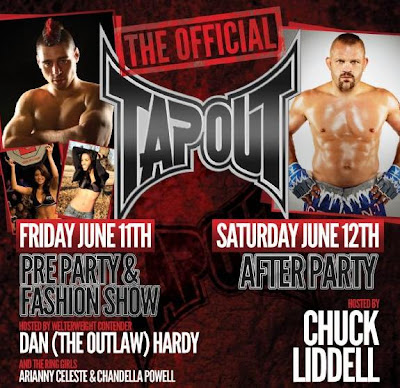 In two days UFC 115, which sold out in less than 30 minutes (still plenty of tickets available, just check out our Show Time Tickets window to your right, way cheaper than Craigslist) will be going down at GM Place this Saturday night. The fighters are all in town now and many have been spotted around downtown Vancouver.

Further, whenever, the UFC comes to town, it brings with it lots of parties and Vancouver is no exception. So if you want to chug down a beer with Chuck Liddell or try your luck getting Arianny Celeste’s number you first need to know where it all goes down! So here is the list of fights and appearances:

1. Gossip Night Club: The Official Tap Out After Party for UFC 115

4. Jon Fitch is coming to The Atlantic Trap and Gill – Pre-party on the 12th