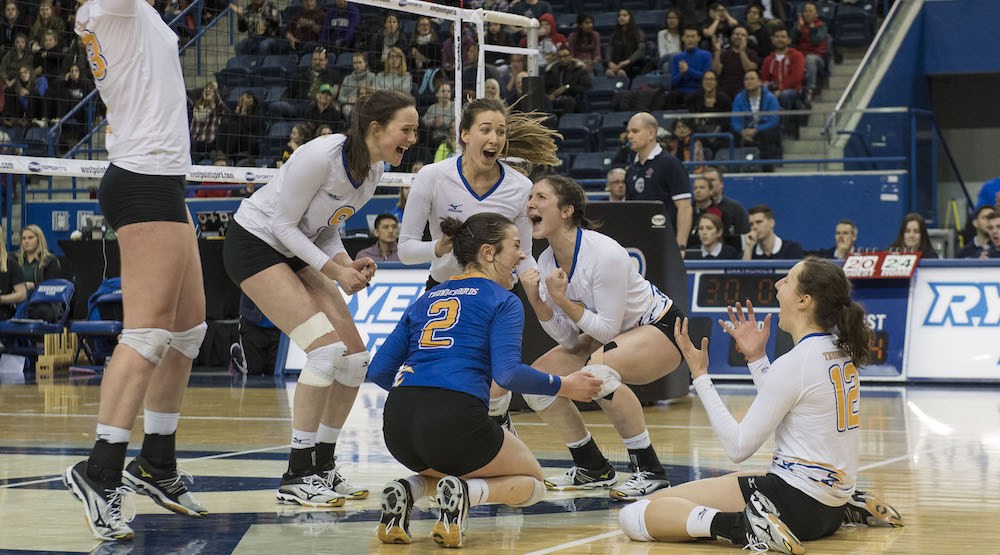 A kill from Laura MacTaggart on the final play of the game clinched the win for UBC, sending her teammates into a frenzy on the court at Ryerson University in Toronto.

With a 20-4 regular season record, UBC was ranked third in the country heading into the National Volleyball Championships.

The T-Birds were on their game throughout the three-day tournament, defeating Western in four sets in the quarter-final on Friday before a three-set win over cross-town rival Trinity Western University in the semis on Saturday.

Trinity Western earned a bronze medal on Sunday with a dramatic five-set win over Montreal earlier in the day.

But it was UBC taking home gold, beating the #1-ranked team in Canada in the final. It was sweet revenge for the T-Birds, who lost to Alberta in the Canada West Final last week. 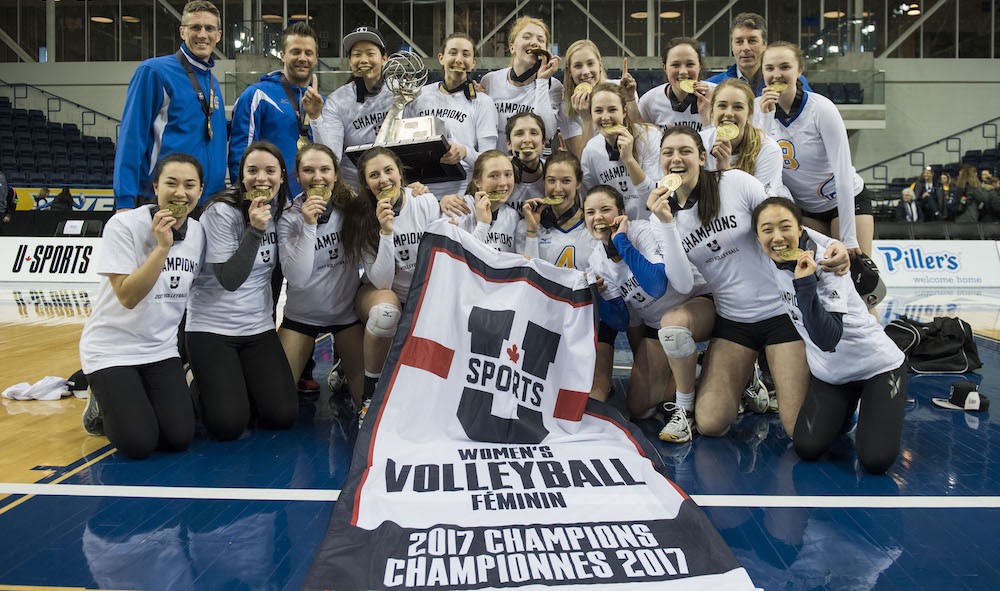 “Sometimes there’s championship teams that don’t win,” Reimer philosophized. “What I mean by that is there are usually two or three teams that play at an elite level and I would put Alberta in that category.” 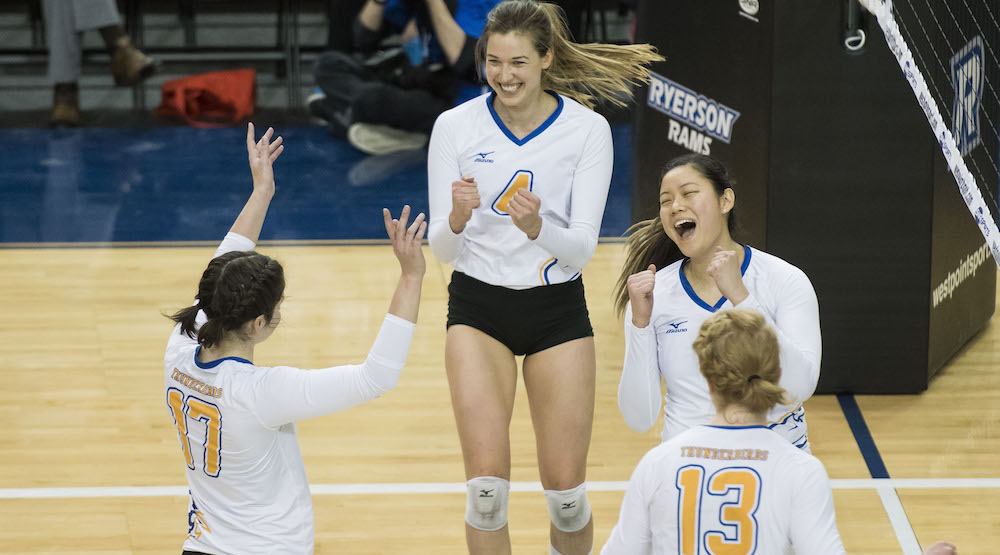 Senior Danielle Brisebois, who had a game-high 22 points and 20 kills in the final for the Thunderbirds, was named Championship MVP.

“It’s the perfect ending,” Brisebois said, speaking about the final game of her UBC career. “They (Alberta) had the lead in a lot of the sets, but our motto for the day was to just keep applying pressure and it worked out.”

Maggie Li also had a huge day for the T-Birds, contributing 17.5 points and 11 kills.