According to SeekingArrangement, these university students are using the “world’s largest Sugar Daddy dating site” as a way to fund their education.

The website has released its annual ranking of the Fastest-Growing Sugar Babies Schools — the universities in Canada that saw the highest number of registrations in 2019.

Topping the list this year are the University of Toronto, which came in first place, followed by York University. 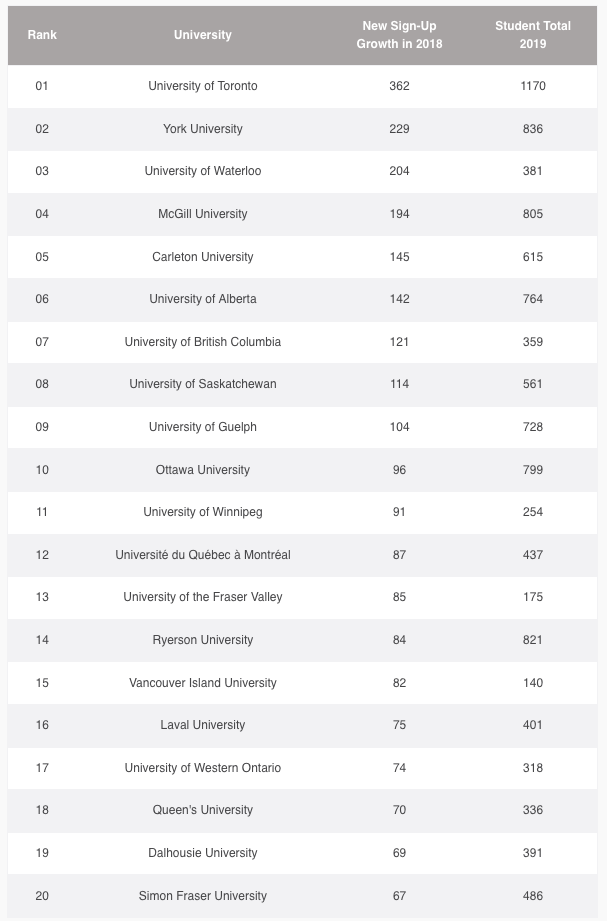 With education costs on the rise, sugar baby students in Canada receive an average monthly allowance of $2,925, among other benefits, according to SeekingArrangement.