Both UBC and Montreal’s McGill University tied for 33rd place while the University of Toronto came out on top in Canada at 20th. 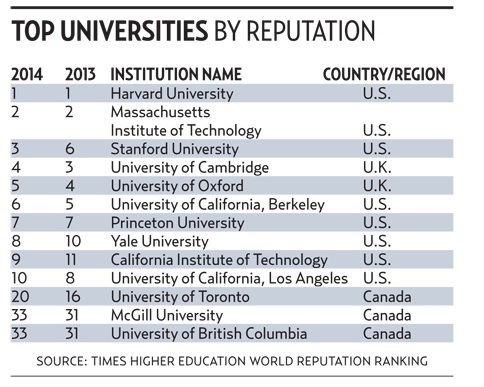 The majority of the top 10 universities in the world are U.S. institutions.

The Times’ list is among the three most reputable rankings of universities around the world – each with their own different set of standards for evaluation. The 2014 results are based on 10,536 responses from published senior academics.