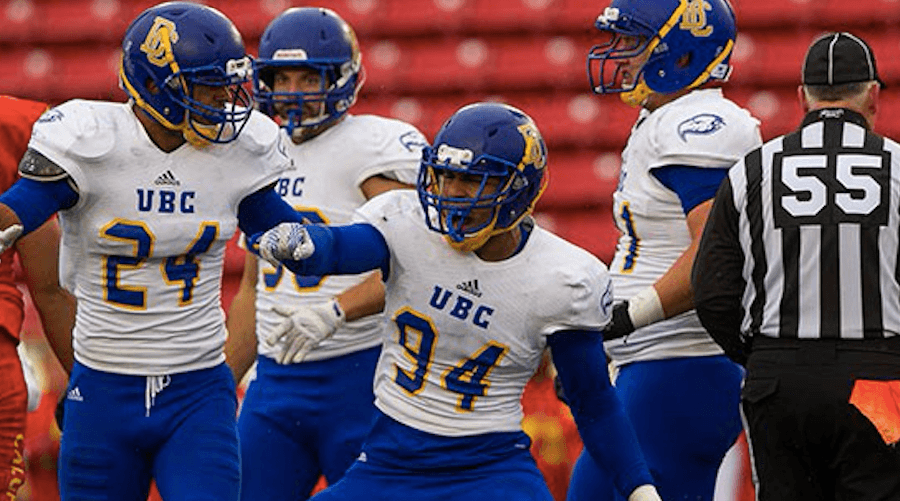 Members UBC’s football team are stepping up to try and make the campus a little bit safer.

The team has partnered with Safewalk, a campus-wide transportation service.

“Everyone on the whole football team is definitely on board,” Treymont Levy, a defensive lineman for the UBC football team, tells Daily Hive.

Safewalk staff accompany anyone feeling unsafe walking alone on campus during late hours to their destination. The football team’s involvement is expected to help cut down wait times for the service, which is in high demand.

“What ends up happening is some nights we have over 100 different walks to do, which is a lot to manage,” UBC’s Alma Matter Society (AMS) student service manager Hussam Zbeeb tells Daily Hive.

“What this cool partnership does is adds a third walking team to the service. So, that helps with some of the walks between different residences (and) helps decrease wait times,” he said.

Zbeeb hopes that other UBC varsity teams will follow suit and work with Safewalk.

“Assuming all goes well, (Safewalk is) going to reach out to some other teams on campus—for example, the women’s teams as well,” he said. 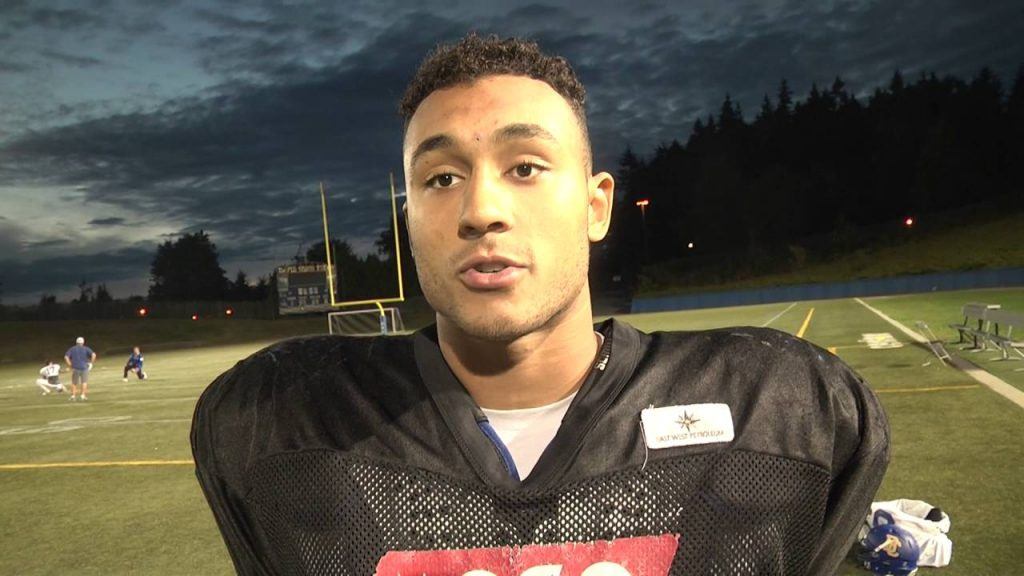 The players assisted with getting people home safely after the event, and the young men and their coach, Blake Nill, wanted to make it a regular occurrence.

“Everyone on our team has to do at least one shift per semester,” said Levy.

The football team is currently in season, but Levy says as they enter the off-season they will be getting more involved and working more shifts, which run from 9 pm to 2 am.

For Levy, helping with Safewalk is a way for the football team to also show they are allies against any kind of violence—especially sexual violence— on campus.

“It’s huge. Once people see us partaking in something that is helping (combat) sexual violence on campus and the fact that we don’t support it all and we are actually completely against it,” said Levy.

“It’s definitely good for other students, other young males, and young athletes who aren’t at the university level. Hopefully, they will be thinking the same way when they go to university.”