For the first time in 44 years, the CIS Men’s National Basketball Championship will be decided in Vancouver this year. The tournament begins on Thursday, with the top-8 basketball teams in the country descending upon the Doug Mitchell Thunderbird Sports Centre.

UBC hasn’t won the title since 1972, the last time that Vancouver hosted.

The T-Birds come in as the 8th seed, after losing to Thompson Rivers University in the Canada West semi-final.

“We just simply couldn’t make open shots” said Jordan Jensen-Whyte, the T-Birds’ captain and leading scorer. “I’m glad that game happened there, and not at nationals.”

TRU’s 2-3 zone defence gave UBC trouble, but the T-Birds were able to get back on track to beat Manitoba to clinch 3rd place in the conference playoffs.

Don’t let their seeding fool you, UBC has a legitimate chance to win this tournament, especially at home. 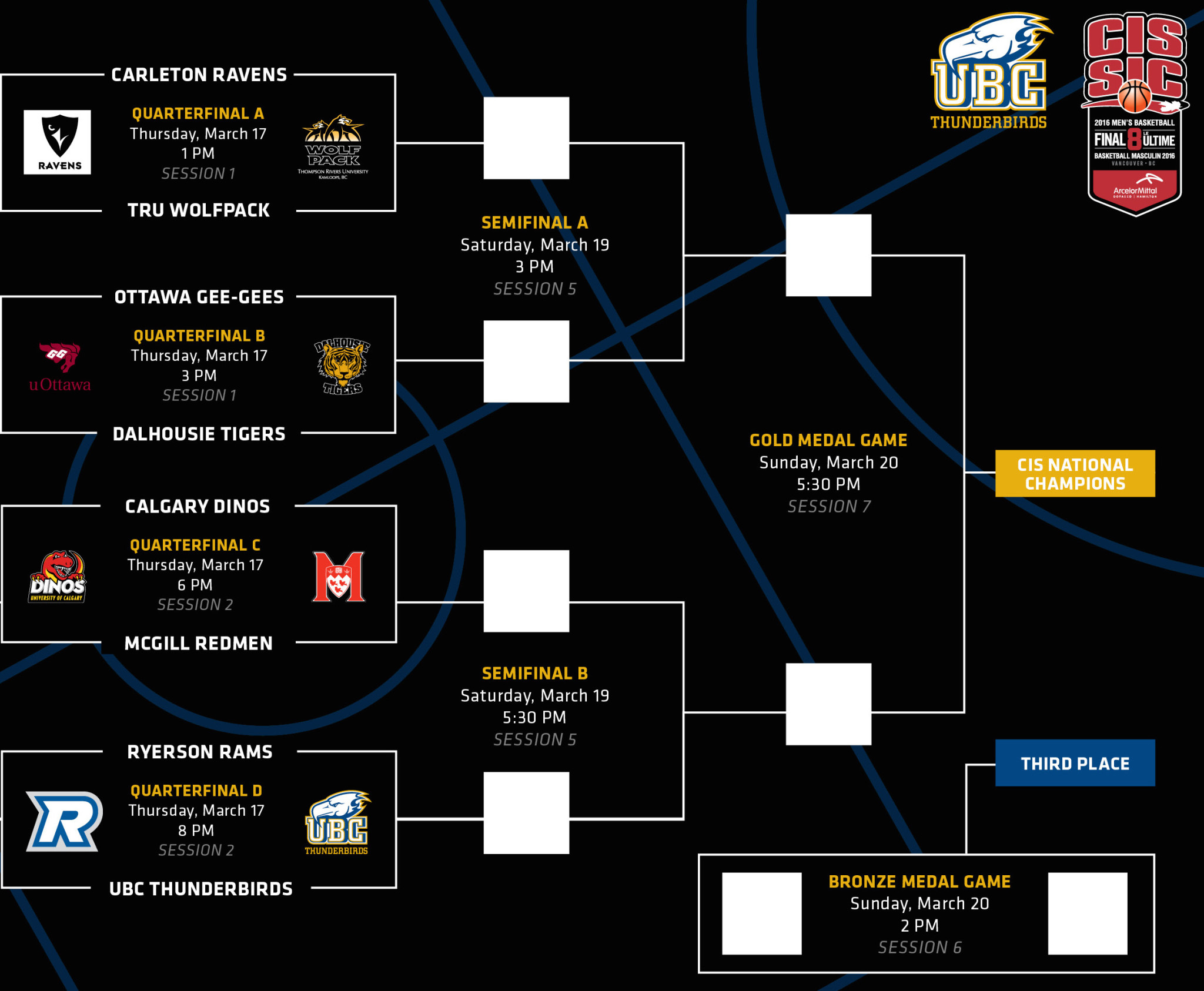 The T-Birds will be in tough, as they take on the #1 ranked Ryerson of Toronto in the opening round (Thursday, 7:00 pm).

“We match-up well with them, they have a couple of all-star guards over there, we want to try to limit them. We’re a bigger team, so we are going to try and get the ball inside and see if we can exploit our advantage” said Jensen-Whyte.

Jensen-Whyte’s brother Josh was a part of the UBC team that lost in the national final in back-to-back years in 2009 and 2010, and Jordan is getting some advice from his older sibling.

“Josh has been with me since day one, he tells me to just take it game-by-game and possession-by-possession. He’s been my mentor approaching this.”

Jordan embraces the pressure that comes with playing in the National Championship at home and feels his team will step up in the tournament.

“Coach Kevin (Hanson) has done a great job with the guys, and we feel ready. It’s a big deal for basketball in Vancouver, and I hope we can bring a championship out west.” 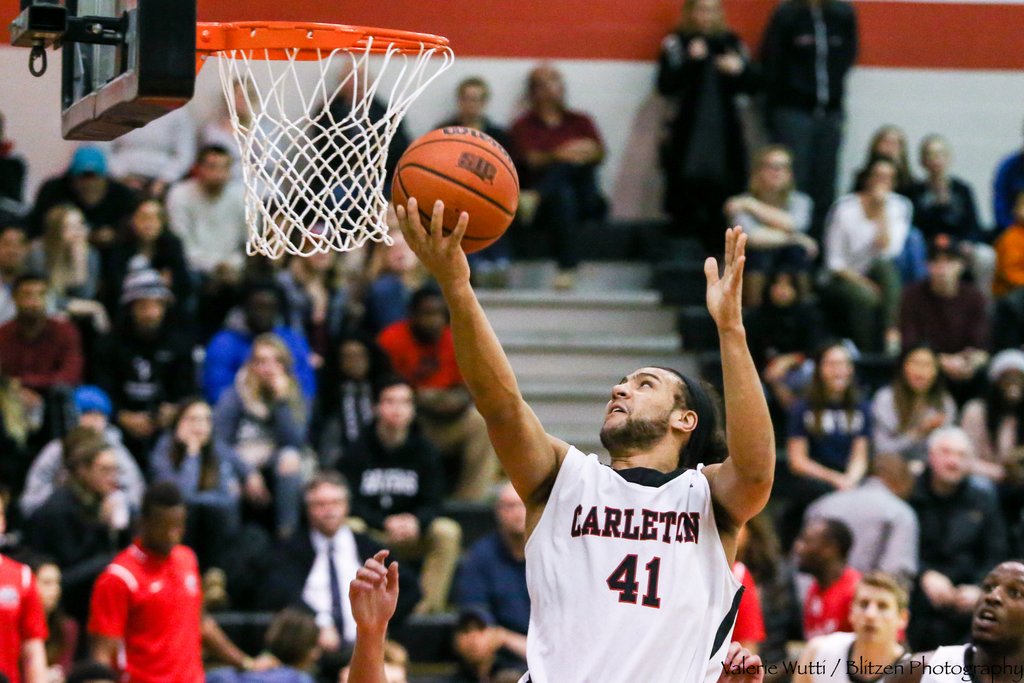 The tournament is a single elimination format, with all eight teams beginning play on Thursday. The semi-final games on Saturday, as well as the final on Sunday will be televised nationally on Sportsnet 360. 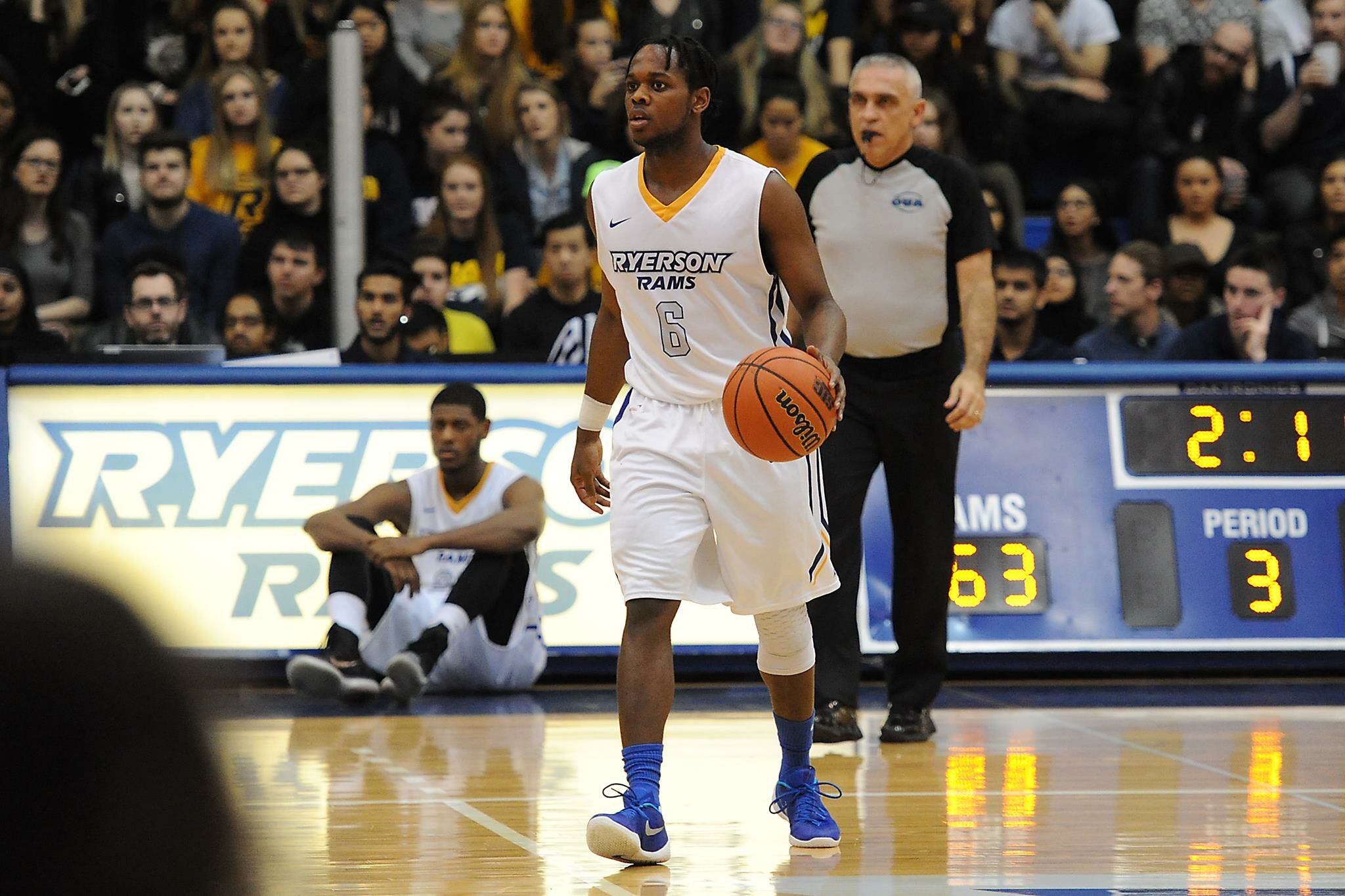 We’ve already introduced you to the 16-4 UBC Thunderbirds, so let’s take a look at the rest of the teams competing for the national championship this weekend.

Ryerson knocked off perennial contender Carleton in the Ontario final, and are the #1 ranked team going into the tournament for the first time in school history. The Rams finished 17-2 in the regular season and were the third highest scoring team in the country.

Finished 16-3 in the regular season. They’re the equivalent of the Boston Celtics from the 50’s and 60’s to Canadian university basketball.

Carleton has won 11 out of the last 13 national championships, including the last 5 in a row. No player averages more than 15.0 PPG, but defence is what wins for the Ravens, who rank #1 in the country in points against per game.

The Ravens have two players from the Lower Mainland on their team, Cameron Smythe (Vancouver) and Jack Newman (White Rock).

Kaza Kajami-Keane transferred from NCAA division 1 school Illinois State and was second on the team in scoring with 14.1 points while adding 6.6 assists, and 4.1 rebounds per contest.

Ottawa beat out Carleton in the OUA North, finishing 17-2 and claiming first in the division. They lost to Carleton in the semi-final, but were given the at large birth, which is voted on by the coaches. The Gee-Gee’s were ranked #1 for six weeks during the season and are looking to hoist the W.P. McGhee trophy for the first time in history.

No team comes into the championship hotter than the Calgary Dinos, who have won 17 games in a row, including their final 13 regular season games, and 4 straight in the playoffs to come in as the Canada West champs.

The Dinos went 17-3 in the regular season, and feature four players from the area: Corey Hauck, Matt Letkeman, and Sunny Johal (Abbotsford), as well as Mitch Ligertwood (Port Moody).

Canada West MVP Thomas Cooper led the Canada West conference in scoring with 25.8 PPG and led his team in rebounding and assists.

McGill won the RSEQ conference championship after going 12-4 in the regular season.

The Redmen come in as the lowest scoring team in the tournament, but are a team that plays lockdown defence, finishing with the third fewest points allowed in the country, and fourth in forced turnovers.

Dalhouse finished first in the AUS with a 13-7 record, before beating UPEI 87-85 in the conference championship game.

They’re the only team in the tournament representing the Atlantic Provinces, and were the 14th ranked team offensively in the country. The team features guard Adam Karmali (North Vancouver), formerly of Handsworth Secondary.

The Tigers are led by fourth-year AUS all-star guard Ritchie Kanza Mata, who was one of the top all-around players in the country. Kanza Mata put up 12.2 points, 6.9 assists, and 5.1 rebounds a game for Dalhousie.

TRU was first in the Canada West Explorer Division, with a 16-4 record, and upset UBC in the Can-West semi-final. The strength of the Wolfpack is their defence, which finished 6th in the country.

Fifth-year senior Josh Wolfram is tough to beat down low. He averaged nearly a double-double (19 points and 9.5 rebounds) a game, and will be the key to an upset win over Carleton.