UBC Athletics will be bolstering their Varsity baseball program with a new state-of-the-art training facility, thanks to an anonymous $3.5 million donation.

The Thunderbirds baseball program, which competes in the National Association of Intercollegiate Athletics (NAIA),I will benefit from the enhanced 12,500 sq. ft. facility to be located next to the baseball fields at UBC Thunderbird Park, featuring four full size-batting cages, three pitching mounds and a high-tech camera system to monitor bat speed, pitching physics and more.

Beyond adding much-needed equipment for the Varsity team, the new facility will include a performance institute for players of all ages and levels, from children to professional-level athletes. The institute will run hitting leagues, camps and clinics year-round led by experienced coaches.

The donation gives UBC Thunderbirds the ability to meet the needs of Vancouver’s baseball community and provide a better foundation for the sport to grow.

“There has been a huge void in the Vancouver market for a facility like this, and we are grateful for the generous donation,” said Terry McKaig, UBC’s baseball head coach. “We will have the opportunity to train young players the same way we train our varsity players. The more success kids have when they are younger, the better chance they will keep playing the game.”

McKaig has served UBC’s baseball team as head coach for 18 years. Before he was named as coach, UBC Baseball had seen better days. Just prior to the summer of 1996, the program lost its funding due to budget cuts, but former Athletic Director Bob Philip, professional player Jim Murphy and coach Mark Hiscott privately funded the reinstatement of the 30-year-old team.

McKaig, then a student and national baseball team member, was named as head coach, a position he has held ever since. At the end of this season, McKaig will step down as head coach and move into his new role as Director of Baseball. The university says a Canada-wide search for his replacement will begin in April.

The Varsity team has had a total of 18 players drafted to the MBA, including Jeff Francis who was signed to the Toronto Blue Jays in 2014 after playing with Colorado Rockies, Kansas City Royals, Cincinnati Reds, Oakland Athletics and New York Yankees.

Ashley Howard, Managing Director of UBC Athletics and Recreation believes the new facility will help improve the careers of future athletes. “Quality facilities are a key pillar for a culture of excellence in our varsity program. The facility also provides the anchor to help develop the pathway for baseball in Vancouver with our community partners,” she said in a statement.

The facility is scheduled to be completed in September 2015. 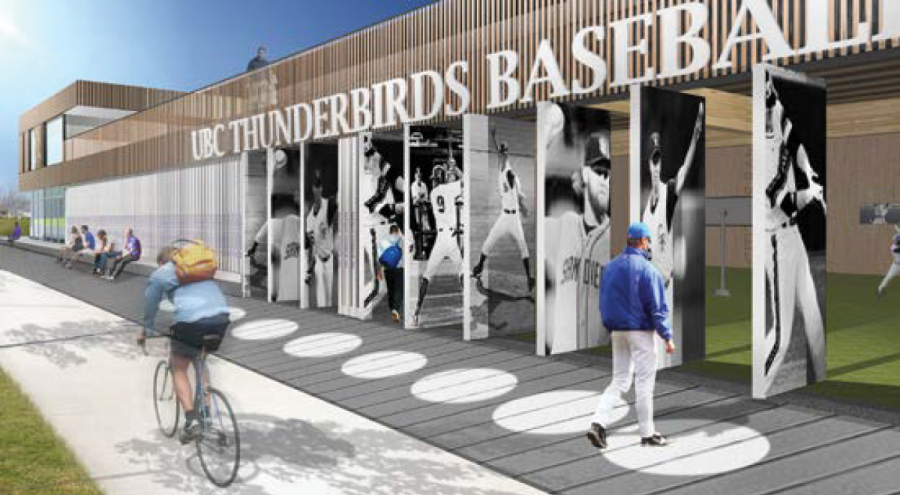