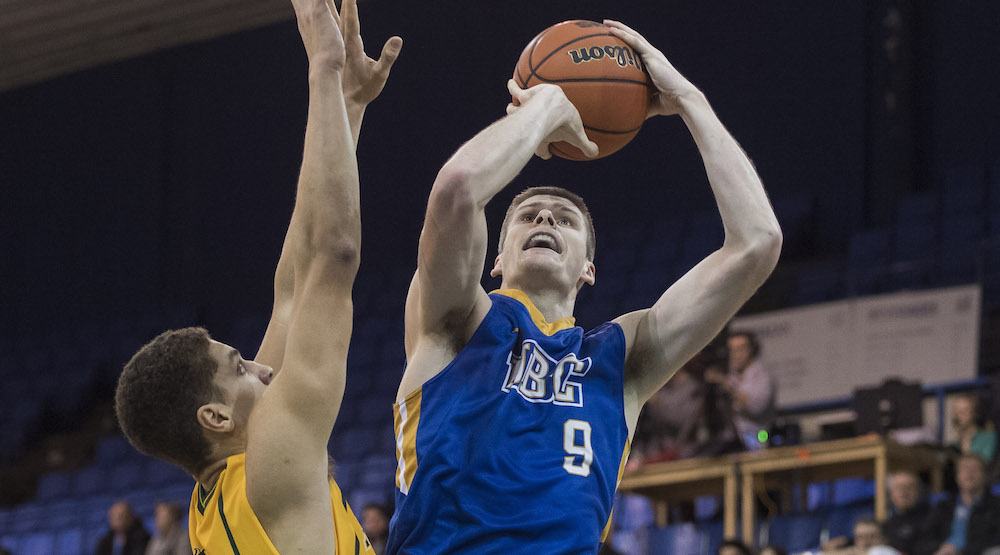 Now that I have your attention, let’s talk about Friday night’s basketball games at UBC.

The women’s team will kick things off against UNBC at 6 pm before the men’s game (also against UNBC) at 8.

Both games are part of UBC’s second annual Courtside Festival. It’s an event that aims to do for basketball what the Homecoming Game did for football (7800 fans attended) and the Winter Classic did for hockey (5036-person sellout). Expect a bigger and more rowdy crowd than usual.

Like a university club looking for people to attend a meeting, the T-Birds are offering some incentive to attend. Naturally, they’re going with free pizza.

Come on down! You're the next contestant at the PharGS AGM! Free pizza for grad students! pic.twitter.com/PZL3v8MwfT

The only difference? This is something you might actually want to attend, pizza or not.

If UBC hits eight three-pointers in the men’s game, everyone in attendance will win a free slice of pizza from Domino’s (while quantities last).

“It’s that time of the school year where funds can get a little tight with students,” UBC Thunderbirds media relations guru Len Catling said. “The student loan funds are starting to run dry and the Christmas and holidays bills are become a stark reality. Why not try to use one of the top three-point shooting teams in all of Canada to give the students a free meal?”

Whether times are tough for you financially or not, this promises to add a little spice to the game.

Ever win something at a sporting event? Ever see people trample others for something cheap ball or crappy t-shirt with some sponsor’s logo plastered all over it? Yeah, it’s the best.

It’ll be interesting to see if this affects the play of the UBC players. You can bet they’ll want to send their fans home happy and full of pizza. With the way the T-Birds have performed this season, there’s a good chance of both.

How likely is it that the Thunderbirds will hit eight from behind the arc? Well, they’ve hit 133 threes this year, for an average of 8.31 per game.

With a 15-1 record this season, UBC is currently ranked #2 in Canada. They’re well positioned to take a run at bringing UBC their first national championship in men’s basketball since 1972.