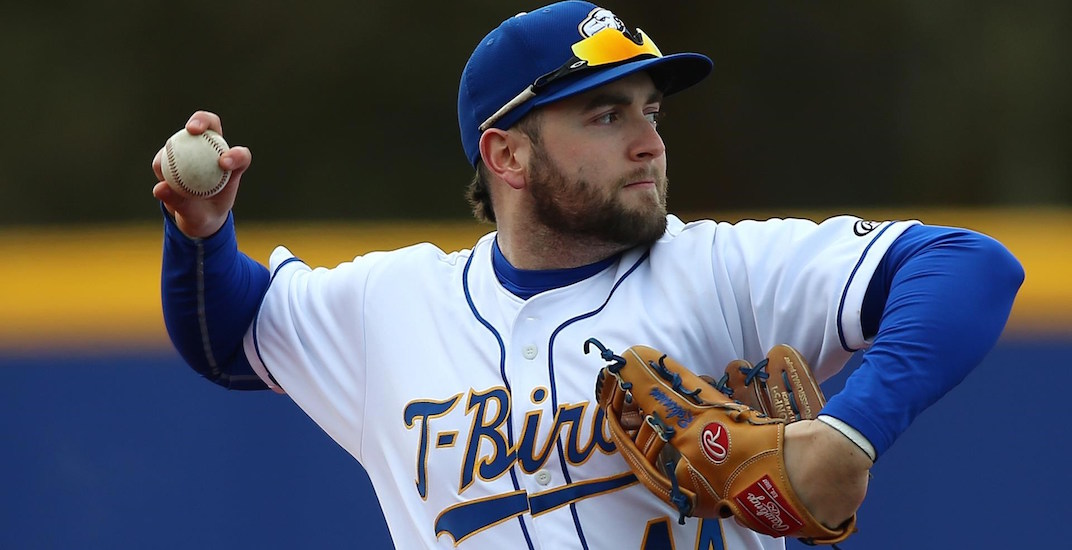 UBC has produced another player that has caught the eye of Major League Baseball.

Surrey’s Mitch Robinson was drafted by the New York Yankees on Wednesday, being selected by the most storied franchise in MLB in the 21st round.

“It just feels amazing, I can’t really put it into words,” said Robinson, not long after seeing his name on the draft board. “I’ve worked a long time for it, it validates that hard work does pay off and it just feels really good and I’m really excited.”

A 6-foot-3, 200-pound third baseman, Robinson led the Thunderbirds with a .361 batting average through 52 games in 2017-18. He was also named to the All-NAIA West team and won a Cascade Collegiate Conference golden glove award with a .926 fielding percentage.

Whenever UBC produces a player good enough to be taken in the MLB Draft, it’s a proud moment not only for the student, but the entire baseball program as well.

Robinson becomes the 22nd player since UBC’s baseball program began in 1997 to be selected in the MLB Draft, and the first taken since Port Coquitlam’s Curtis Taylor, and Alex Webb, a native of White Rock, were picked in 2016.

“To see a great player like Mitchell, and an even better person, get a chance to go to an organization like the New York Yankees and have a shot to chase their dreams is hard to put into words, but obviously I’m really happy for him,” said UBC head coach Chris Pritchett. “He continued to work hard on his play at third base, he earned this. Denis Boucher, the Yankees scout in Canada, saw that and pushed for him and wanted to give him a shot. I think Mitchell’s going to be a good pro and he’ll be a great Yankee.”

A product of Clayton Heights Secondary School, Robinson actually de-committed from a senior division I university in the United States to come home to UBC, which is a testament to how far the program has come.

“It’s incredible, we have the best facilities, the coaches are first class, you can’t ask for anything better,” said Robinson.

“I’ve heard nothing but good things about the Yankee organization, they’re first class, they do everything right and I’m just fortunate to get an opportunity with them.”

2018 #MLBDraft is in the books! Unofficial count after 40 rounds has us with 19 Canadians selected over the three-day event.

Robinson was one of 19 Canadians to be selected in the draft, including catcher Noah Naylor, who was picked in the first round by the Cleveland Indians. Other players from BC taken include North Vancouver’s Will McAffer and Surrey’s Damiano Palmegiani (picked by the Toronto Blue Jays in the 25th and 35th rounds, respectively), and White Rock’s David Rhodes (taken in the 40th round by the Seattle Mariners).