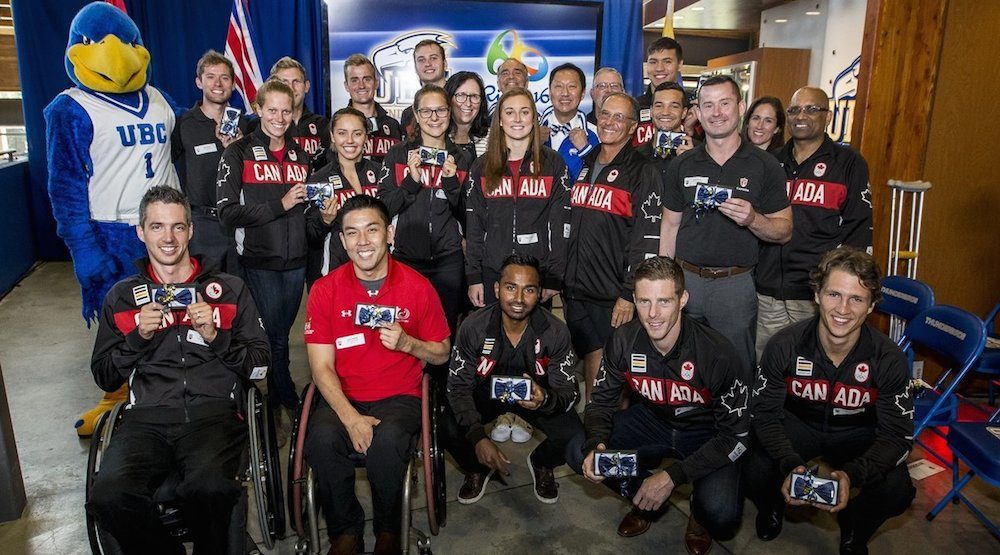 The University of British Columbia is well-represented at Rio de Janeiro 2016 as a total of 29 student athletes are competing in the Olympic and Paralympic events under the banner of Team Canada.

In fact, the size of the delegation, comprised of both current students and alumnus, is a record for not just UBC but also any Canadian university at an Olympic Games. A total of 27 athletes will compete in the Olympics, mainly in the Swimming, Men’s Field Hockey, and Track and Field events, while another two athletes are part of the Wheelchair Rugby team that will compete in the Paralympics in September.

Seventeen coaches and support medical staff with a connection to the university are also in Rio mentoring and assisting Canadian athletes.

In contrast, UBC sent 14 athletes and 11 coaches and support staff to the London Olympics and Paralympics four years ago.

My #someday is finally here!!!! 48 hours until I compete at the Olympic Games!! @RBC pic.twitter.com/wxTd3N3QE5

Komak has to sleep in the village alone tonight, I’m off to the beach! I’ll be back tomorrow buddy! ✌️#TeamCanada pic.twitter.com/ZLQwo2md6d

It may be blurry, but I think this selfie conveys the emotion of the night..pure joy! #rio2016 #facehurtsfromsmiling pic.twitter.com/qFGbr0rgC8

Opening Ceremonies was the realization of a dream. Now it’s 1 more day before we start competition! #someday pic.twitter.com/DgyNTRKzAI

Check out who made it to Rio!! Feeling the love and support from family and friends! #35Mstrong #StepUpStandTall pic.twitter.com/IULna7BIpQ

Captain Bou @tups4 looking calm as ever in front of the @CBCOlympics @cbcsports cameras! #Rio2016 #CAN #hockey pic.twitter.com/JP74c0NQ6C

The #RedCaribou boys rolling through the village in style! Off to our last training before the big one against 🇩🇪! pic.twitter.com/TpbsNQi0LH