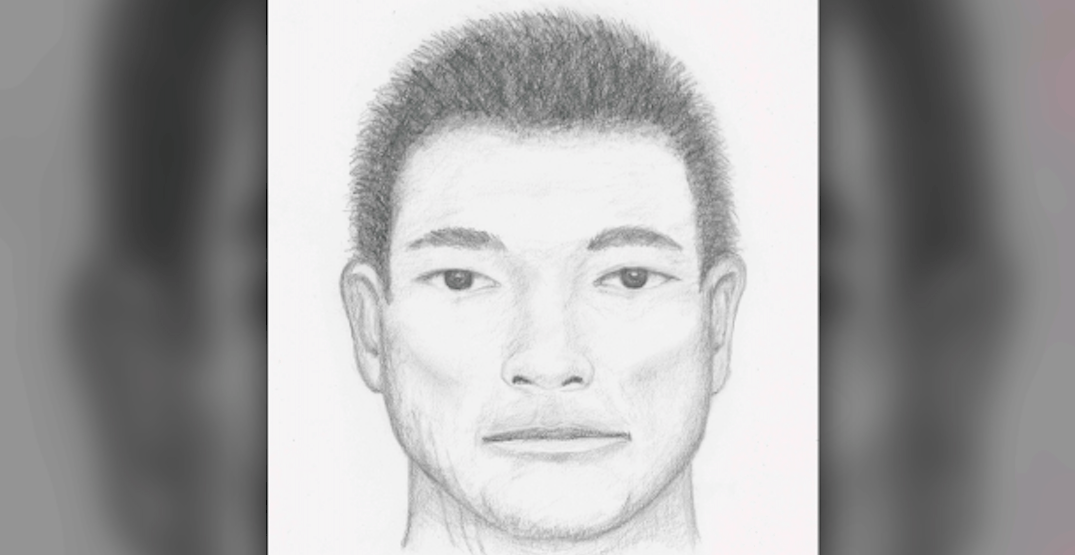 After an incident at UBC last week where a women was seriously injured after allegedly trying to break up a fight, police have now released a sketch of suspect in the case.

Just after 4 pm last Thursday, police responded to reports of an assault with a weapon in the basement of the CAWP Building, located at 2424 Main Mall.

The woman, who suffered serious, but non-life threatening injuries, told police she was hurt after trying to break up a fight between a man and a woman.

Now, police have released a sketch of the suspect involved in the case.

He is described as an Asian in his mid-20s, with a deep voice, short dark hair, “dark” eyes, a “square” face and standing 6′ tall. Police added he may have scratches on the right side of his face and neck and “smelled of cigarette smoke.”

RCMP are asking anyone who might have witnessed the altercation or have any information about the incident to call police at 604-224-1322.