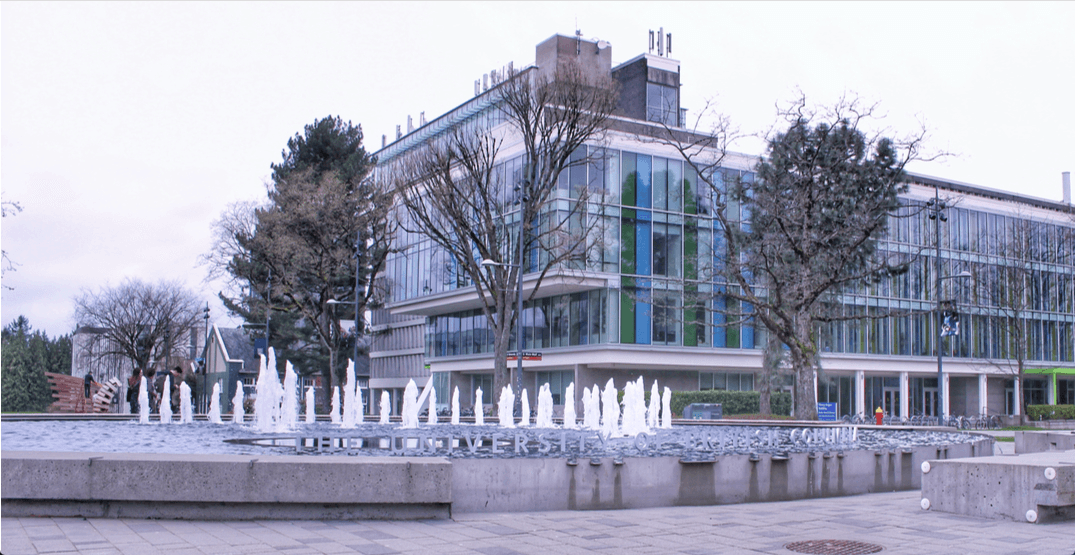 Mounties are investigating reports of an assault with a weapon that took place on the  University of British Columbia (UBC) campus.

Earlier this afternoon, just after 4 pm, University RCMP officers were dispatched after reports of an assault with a weapon.

The incident took place in the basement of the CAWP Building, located at 2424 Main Mall.

A female victim explained to police that she had attempted to break up a fight between a man and a woman.

She suffered serious, but non-life threatening injuries, and was transported to the hospital for treatment.

Neither the initial victim of the fight nor the suspect male were found by police.

Apparently, both separated and fled the area by foot.

The male suspect is described as being Asian, standing at 6’0″ tall and in his mid-twenties.

He is described as having short dark hair, dark eyes, a square face, and a deep voice with a slight accent.

The man might also have scratches on the right side of his face and neck, and smells of cigarette smoke.

He was last seen wearing a black puffy jacket (similar in style to Canada Goose), dark jeans, and white shoes.

RCMP are asking anyone who might have witnessed the altercation or have any information about the incident to call police at 604-224-1322.

Update: An earlier version of the story contained an incorrect location provided by a police report. It has since been corrected.