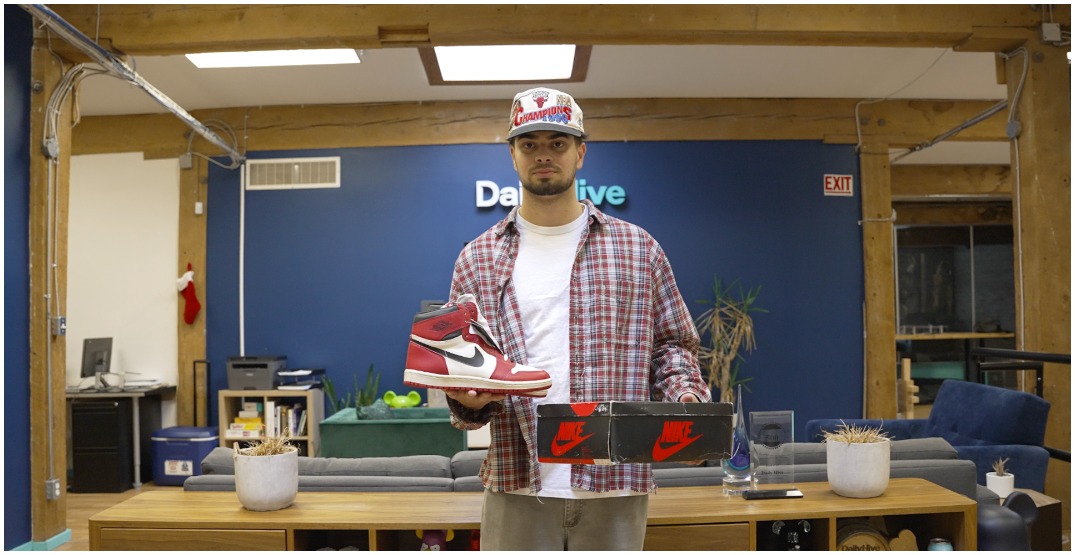 When an Uber driver asks Tye Engmann what he does for work, his reply usually causes some bewilderment: “You sell sneakers for a living?” An awkward silence often ensues. During the pause, the driver is left wondering why a seemingly rational 21-year old would forego university to sell sneakers. It’s a valid question, but what Engmann fails to mention – perhaps out of shyness, humility, or because of the likelihood of further questioning – is who he sells sneakers to and how much he sells sneakers for.

Over the years, Engmann has built an impressive customer base and community through his Instagram page, Curated Van. Today the page has over 50,000 followers.

We invited Engmann to the Daily Hive office to learn more about the only job he’s ever had: selling vintage sneakers. 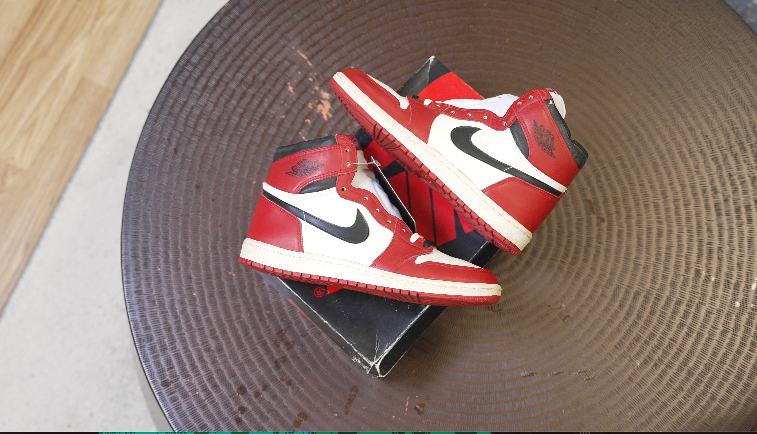 Engmann has successfully been able to find a niche within the $10 billion global sneaker resell market, thanks to his interpersonal skills and customer centric approach to business: “I don’t ever want to be seen as the guy who is money hungry; I’d rather hook someone up, give them a way better deal and have them be super happy with what I sold them.”

Engmann also attributes his success to his perseverance and his ability to identify a gap in the market: “It was a long road for sure, but I kept picking at what I was doing and I kept pushing the vintage sneakers and eventually I got recognition,” explains Engmann. “I think for me, the biggest part was the consistency and I was doing something different; there aren’t a lot of people selling vintage sneakers.”

Some of the vintage sneakers Engmann sells are in pristine condition, others are crumbling, creased and covered in blue denim stains. So, what possesses someone to buy a pre-owned and weathered pair of vintage sneakers for hundreds of dollars? According to Engmann, it’s “the stories behind the sneakers.”

After our interview Engmann spends a few minutes answering DMs and interacting with his followers; as I watch him at work, it’s obvious none of this would be possible without technology, more specifically: the internet. The internet changed everything, including sneaker culture. With the advent of Ebay in the 90’s, people could sell pieces from their closet to anyone, anywhere in the world. Not only did the internet trigger a global marketplace for sneakers, it fueled a hypnotic craze for rare and exclusive sneakers.

“I have to give a shoutout to my boy Curated Van,” says Lil Yatchy, in a saccharine and sincere tone in his latest sneaker closet tour on YouTube, “I bought 90% of these 85s from him.” Lil Yatchy is one of Engmann’s most notable customers. “It was nerve racking,” says Engmann, when I asked how he felt selling Lil Yatchy sneakers over FaceTime: “I didn’t ever expect to be talking to him; my dad and I listen to his music and we both found it kind of funny.” Other notable customers include NBA Superstar, Devin Booker and Kevin Hart. As it turns out, when you’re selling original 1985 Air Jordans in mint condition, you’re going to get attention and praise from unexpected places.

Nike released the Air Jordan in 1985 and at the time, nobody, not even the man behind the shoe could have predicted what would happen next. When asked about his shoes in a 1984 interview with The New York Times,  Jordan said, “I hope the little kids pick up on them.” Nike expected to sell only 100,00 pairs in the first year, instead it shipped 1.5 million in the first six weeks. The same shoe that retailed for $64.99 in 1985 – the Air Jordan 1 – is the same shoe Engmann sold last year for $21,500 to a buyer in Toronto. If only the “little kids” knew how much those shoes would be worth today. 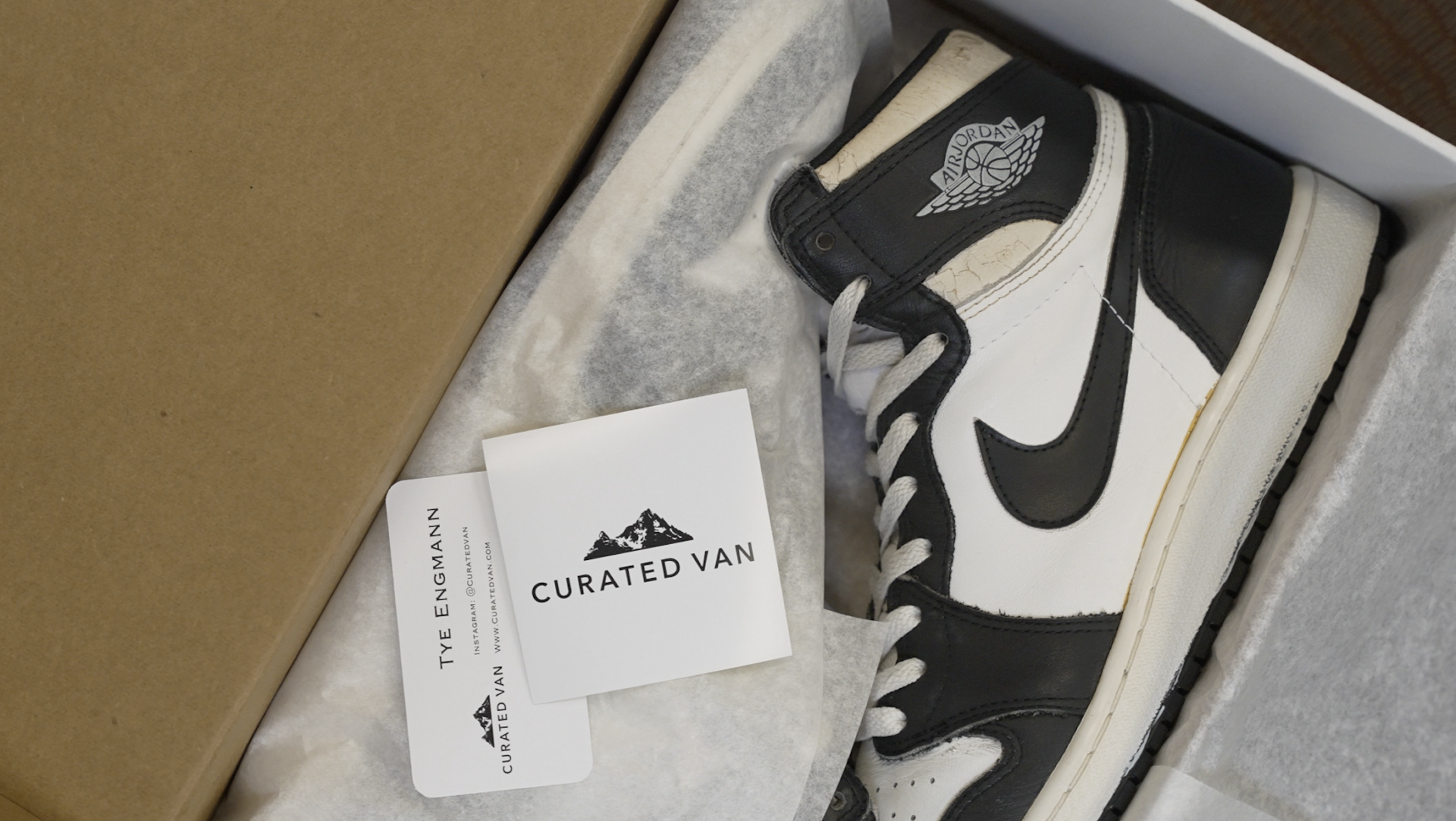 While the conversation between Engmann and the Uber driver comes to a standstill, the law of supply and demand continues to affect the pricing and value of all things, including the very same car these two strangers are sitting in. With every passing minute, the car depreciates in value. With every passing minute, the vintage sneakers Engmann sells appreciate in value. Unbeknownst to the Uber driver, the shoes Engmann sells might be worth more in the resell market than the car they’re driving in. Not bad for a 21-year old kid from Vancouver.