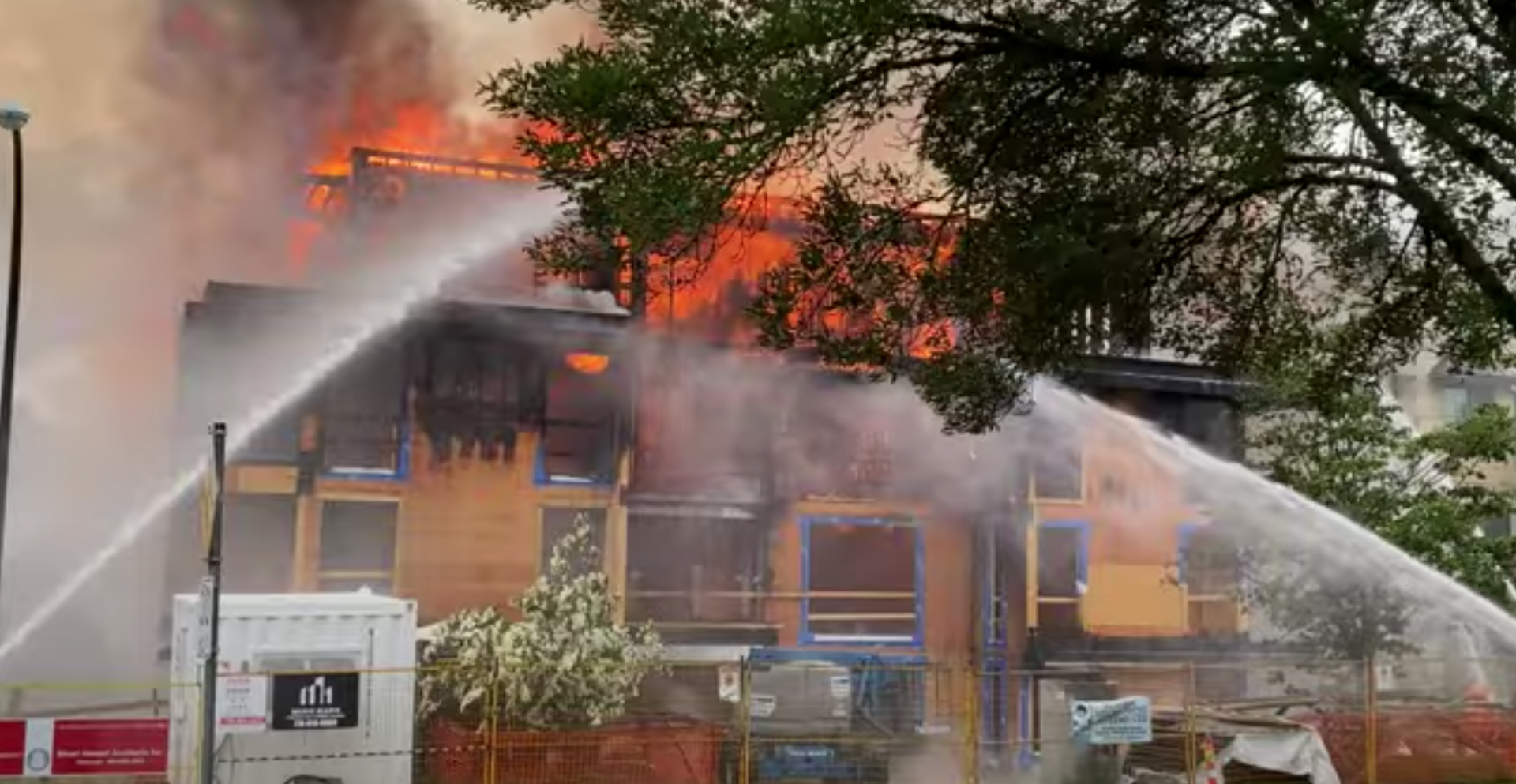 The first fire broke out around 6 pm at a construction site near Winona Park. Park visitors captured videos of firefighters using hoses to fight the flames.

Friend sent this video – fire number one of the evening at a construction site near Winona Park pic.twitter.com/l3IR8uFvpW 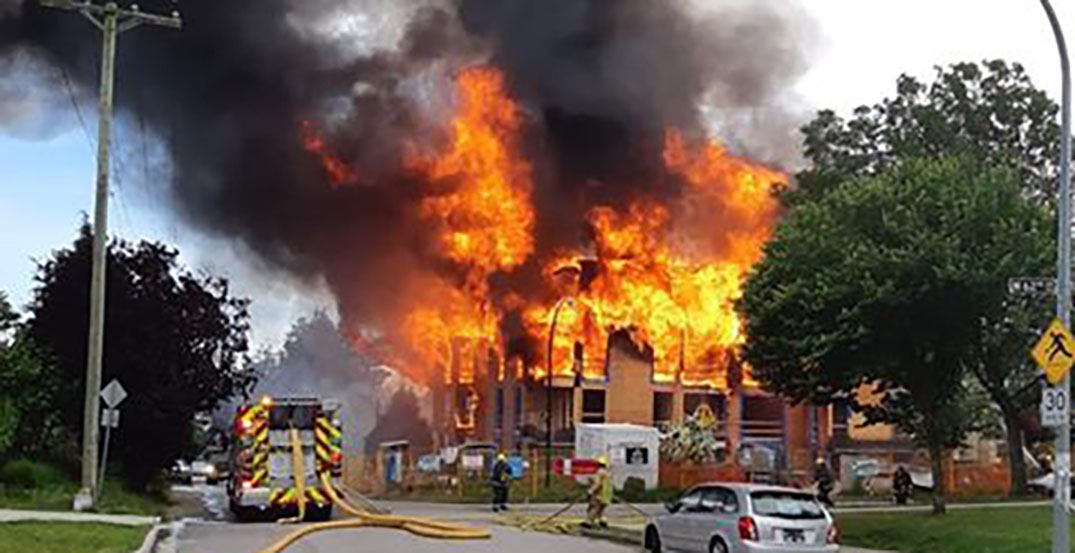 A witness at the scene told Daily Hive the fire charred the half-built structure, and the flames jumped and scorched the roof of a nearby townhouse. 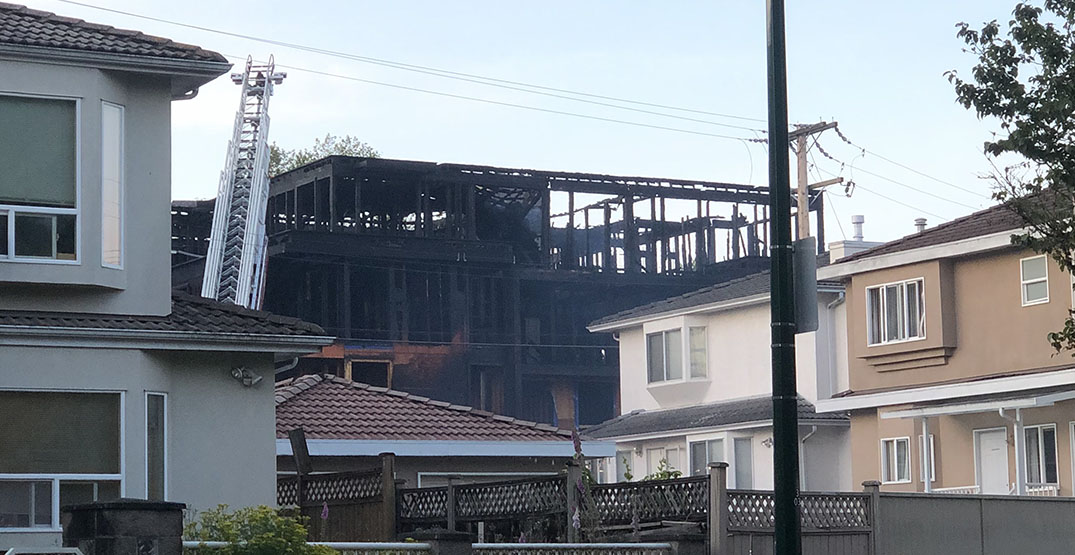 Vancouver Fire-Rescue classed the blaze as a third-alarm fire.

Later, as sun was setting, a second fire broke out only a few blocks away. Firefighters rushed to a Marine Gateway apartment building, where smoke could be seen coming from a charred balcony in the residential tower. 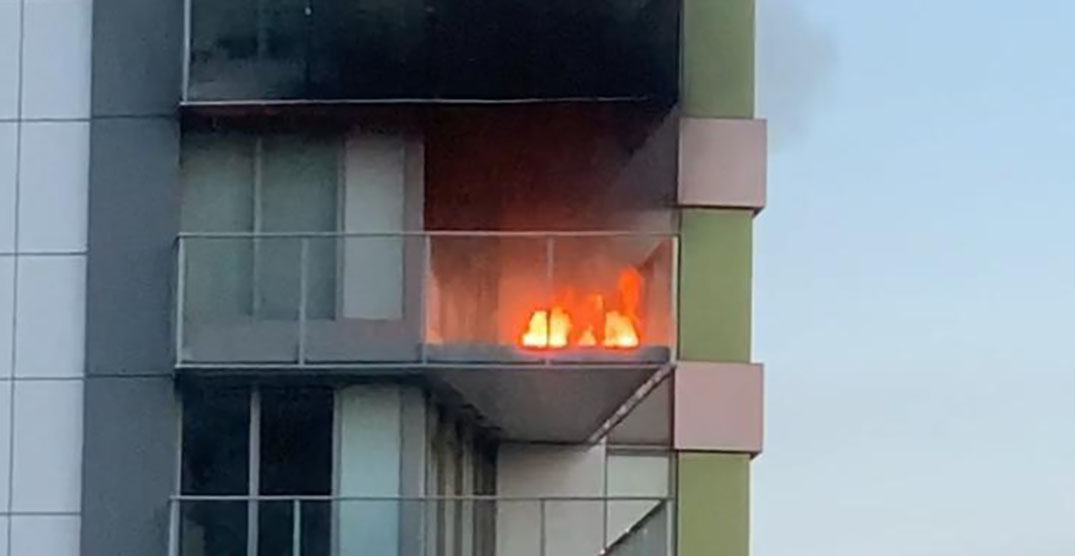 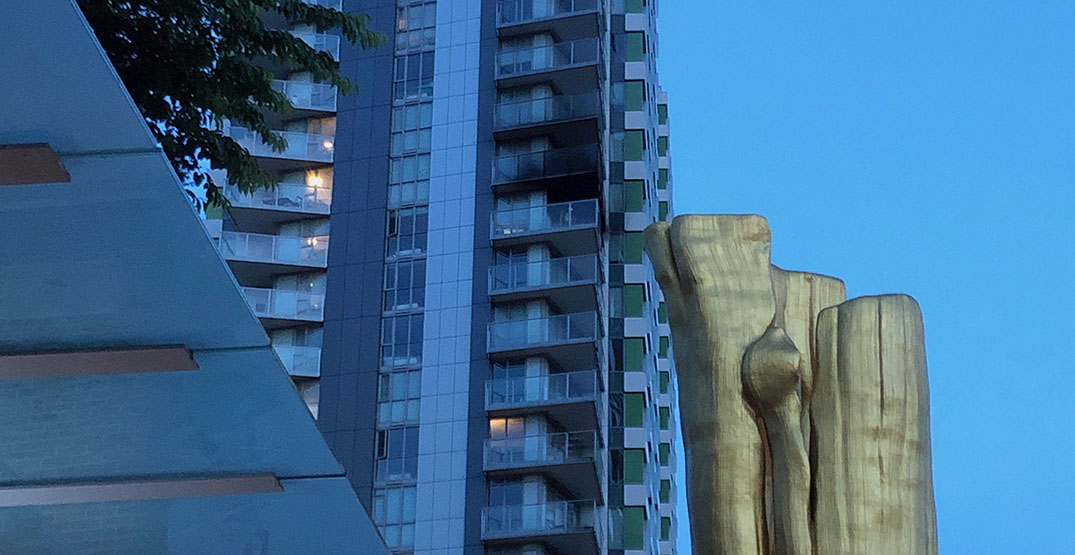 And here’s how close together the fires are pic.twitter.com/BqnLjgSc8B