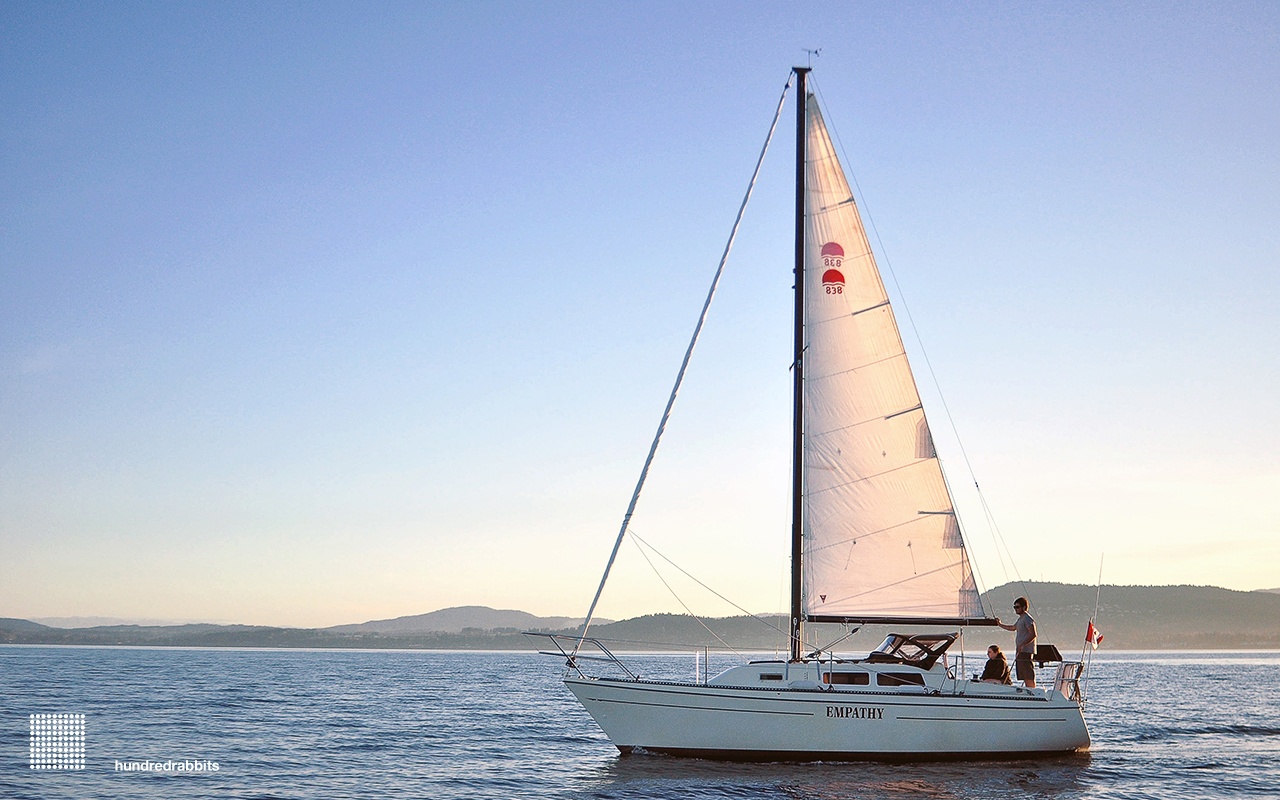 On a white 1982 Yamaha sailboat in the North Pacific Ocean, an eclectic mix of sounds fills the air: fingers swiftly clacking away at keyboards, under the backdrop of sea-blown wind. Below the deck, a seafaring duo is hard at work on their next video game while living aboard the sailboat.

The two adventuring sailors are Devine Lu Linvega, a web developer; and Rekka Bell, an illustrator. On Canada Day, they set sail from Victoria to begin a four-week expedition to Hawaii. On the way, they will document their experiences, create video games and work their day jobs — all the while navigating across the ocean. 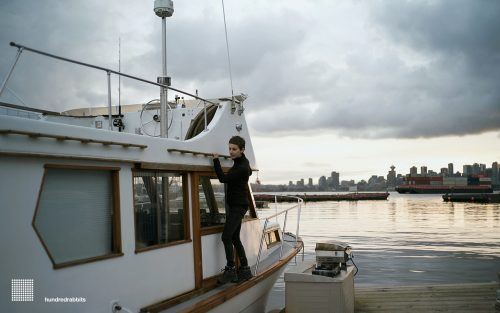 Daily Hive interviewed these fearless Montrealites before they departed for warmer waters.

“We always had sort of a strange lifestyle,” Linvega tells Daily Hive over the phone. Just last year, Linvega and Bell’s family hardly believed their declaration to live on a sailboat. With a pensive laugh, he says, “It was almost like a terrible joke at first. It only became real when we finally got the boat.” In January, they pulled the trigger on the purchase and took the biggest step in realizing their dreams.

Soon after, they affectionately re-named the ship to The Pino after a cyberpunk character from the popular Japanese anime Ergo Proxy. Nowadays, their daily routines read like cyberpunk fiction, but with a few hiccups rooted in reality. Bell shares, “If we have an especially large file to upload, then we go back to land for a strong WiFi connection.” It seems there are only so many modern inconveniences you can escape by living at sea.

The Pino’s two co-captains are still in the midst of getting their sea legs. Throughout this year, they’ve learned to sail unsavoury waters, maintain the ship, and even tweet from the ocean. “If there’s a problem with the ship, we just grab a book, and learn how to fix it ourselves,” elaborates Bell. They’re also curious in learning the ways of the sea. For example, to upgrade their cruise capabilities, they attended nearby sailboat races to observe advanced sailing techniques. 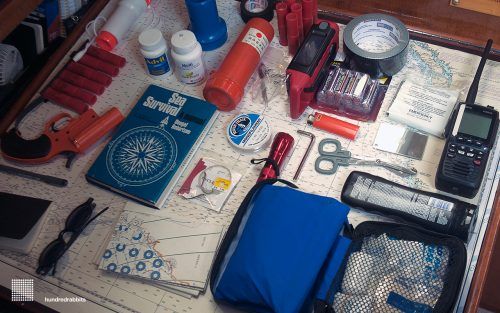 Each day brings new projects and challenges for the DIY duo, such as the recent installation of two solar panels. Bell also describes a harrowing experience about boiling water in a sailboat besieged by waves. For their trek to Hawaii, they are joined by another friend and a film crew. Much like Linvega and Bell’s own nautical experiences, The Pino is in a perpetual state of getting new tweaks and upgrades.

Although they’re saying goodbye to their old life, their landlocked friends haven’t forgotten about them. When the pair couldn’t sail to San Francisco for this year’s Game Developer Conference, a fellow developer surprised them by flying them over for free. Despite the nautical exodus, Linvega and Bell’s close ties to the gaming industry aren’t going to be easily broken. 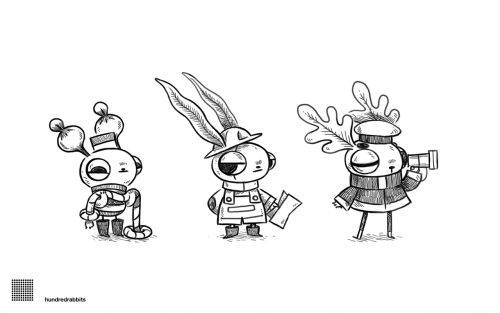 Collectively, the seafaring duo still make video games under their studio, Hundred Rabbits. While their next game, Kelp, is still in the embryonic stage, it looks to have retained Bell’s charming hand-drawn style. Like many other indie games, Kelp was largely informed by their personal experiences. When asked if living at sea for long stretches may eventually curb creative enthusiasm, Linvega instantly shoots back, “No. We can always find new inspirations.”

Another key point is the documentation of their lives on The Pino. Going forward, there will be bi-monthly videos on their Patreon page to impart wisdom to any would-be live aboard sailors. Through crowdfunding, they hope to raise enough to cover expenses and release future games for free. 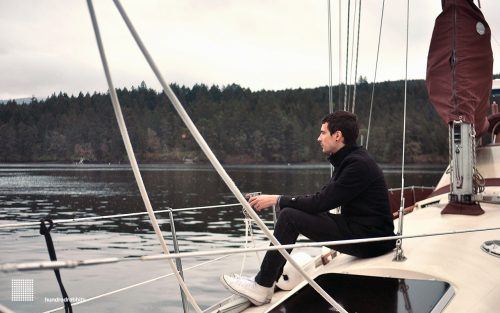 With warmth in his voice, Linvega confides, “I have this crazy dream of returning to Japan on The Pino.” It’s a bucket list item for the sailboat’s future travels but for now, he has trouble deciding what they are most excited about on the horizon. “I don’t really know right now,” he pauses before trying again, “…maybe, it’s living aboard in the sea?” It’s clear the answer doesn’t satisfy him completely.

“It seems we’re still looking for it.”