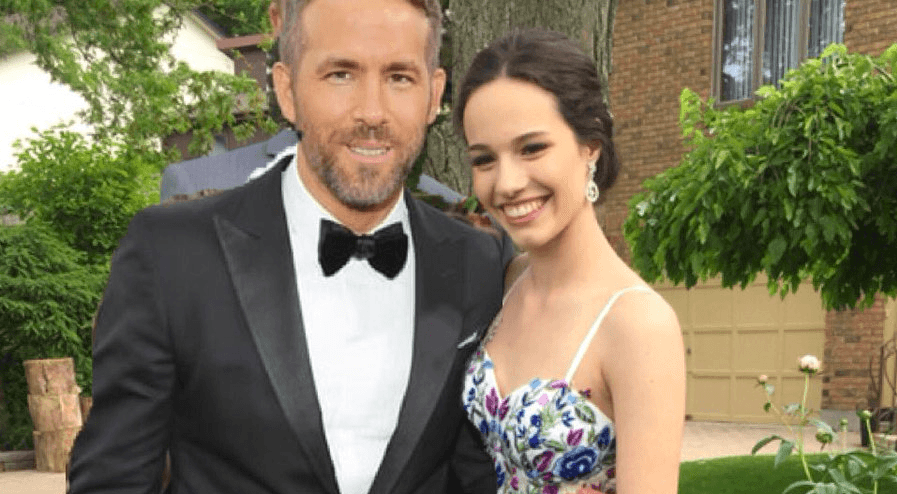 Being a teenager is tough.

You’ve got school, a burgeoning social life, and the unrelenting hamster wheel of puberty to negotiate.

And that’s even before you throw a relationship into the mix.

It’s no wonder then that so many couples call it a day after experiencing the rigours of prom.

But what are you to do when you’re left with a bunch of photos that you can’t post to social media because you’ve broken up with your date?

Yes, after being ditched just days after her prom; Dunn put her photoshop skills to good use, swapping out her ex for the Vancouver-born star and then sharing them with the world on social media.

“My boyfriend and I broke up a few days after prom, so I decided to ‘edit’ the photos a little,” Dunn wrote, while tagging the Deadpool star in her post, thus proving that revenge is a dish that’s best served pixellated.

My boyfriend and I broke up a few days after prom, so I decided to "edit" the photos a little @VancityReynolds pic.twitter.com/Ecvn5Wkgb4

It wasn’t long before the actor took note, retweeting Dunn’s post with the message: “We should photoshop me over his yearbook picture next,” before warning any future prom dates foolish enough to waste good profile pictures with the hashtag ” #DontMessWithGabi”

We should photoshop me over his yearbook picture next. #DontMessWithGabi https://t.co/o0qFBXvSNi

The interaction has since gone viral, with Reynolds’ post getting favourited by almost half a million people. Yes, this is what the world cares about now it seems.

But what of Dunn’s date who was so mercilessly Ctrl-X’d and Ctrl-V’d from her life, I hear you ask…

Well, it wasn’t long before he took to Twitter himself to get in on the action.

jokes on you now im not going to see deadpool 2, my 11$ is going to @KevinHart4real pic.twitter.com/CcMILHA32J

Indeed, alongside sharing the original un-edited photo; a young man by the name of Jeff Bright – also from London, Ontario, apparently a hub of True North teen angst – threatened to hit Reynolds where it hurts most, by refusing to go and watch the star’s upcoming Deadpool sequel.

As Sean Connery’s famous quote from The Untouchables goes:

“They pull a knife, you pull a gun. He sends one of yours to the hospital, you send one of his to the morgue. A Hollywood star shares a sick burn of you on social media, you withhold your $11 admittance fee from a movie that will make millions.”

We’re paraphrasing of course, but we’re going to go ahead and guess that Reynolds and co. aren’t exactly going to be scared off by Bright’s threat.

That is, of course, if Bright himself made it.

Because there is yet another twist in this tale of teenage angst – it appears Bright’s Twitter account isn’t his at all. It is instead a creation of his friends, who wanted to have a little fun.

deleted my replies as the actual jeff bright is concerned his image will he dragged because his friend is roasting strangers (fair enough) pic.twitter.com/Zze0WfFOHc

What comes next for the feuding couple is anyone’s guess.