A new interactive map that examines Twitter analytics has found that most regions of Canada are followers of the nation’s lone NBA team – the Toronto Raptors.

The data released earlier this week is based on locations where NBA teams attract the most Twitter followers.

It should be no surprise the Raptors own all of Ontario, but they also dominate in most provinces. British Columbia is the only provincial outlier where a majority of the regions support another team, the Los Angeles Lakers.

The Lakers also have the largest following in most regions of the United States. They are the only team capable of attaining a national fan base.

For more information, check out the interactive map below: 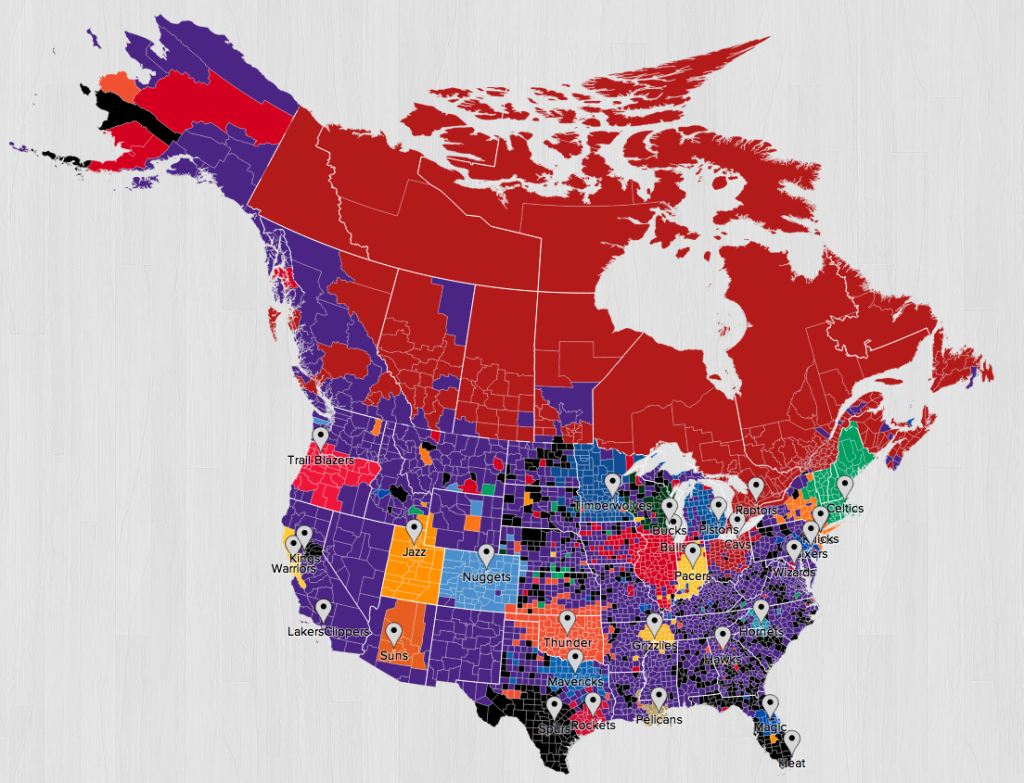