He didn’t enjoy a whole lot of screen time during this summer’s smash hit N.W.A biopic, Straight Outta Compton; but Marcc Rose still stuck in the memories of film fans thanks to his uncanny resemblance to Tupac Shakur.

The Brooklyn-born actor is set to reprise his role as the West Coast rapper at Caprice Nightclub in Vancouver on Friday, October 30. Ahead of his special live performance, we caught up with Rose to talk about his big break, what it’s like to play Pac, and what he has planned for the future. 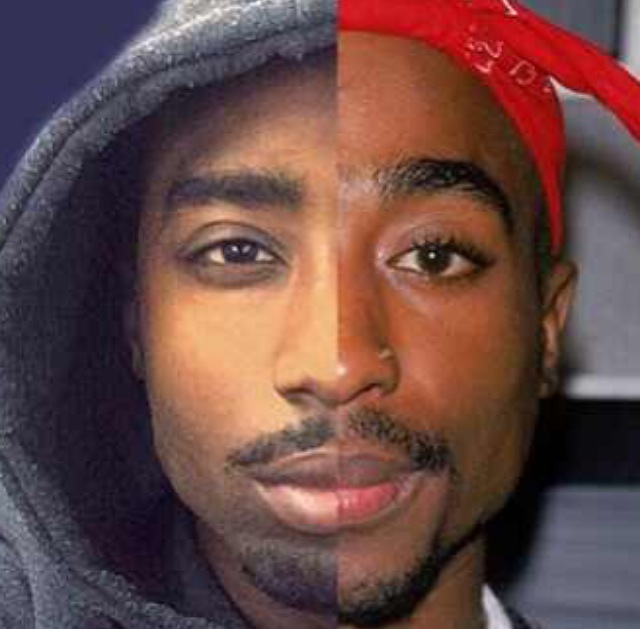 Was your part in Straight Outta Compton your first major role as an actor?

Yes, this was actually my first film.

Amazing. I was wondering because I looked at your IMDB page and thought it was a little strange that nothing else on there.

What did you do before you became an actor?

Before I was acting, I was actually a designer. I moved from New York City when I was 20, so about three years ago. I came out [to LA] and I knew I wanted to act so I started studying and taking lessons. My acting coach Richard Lawson helped me out a lot. 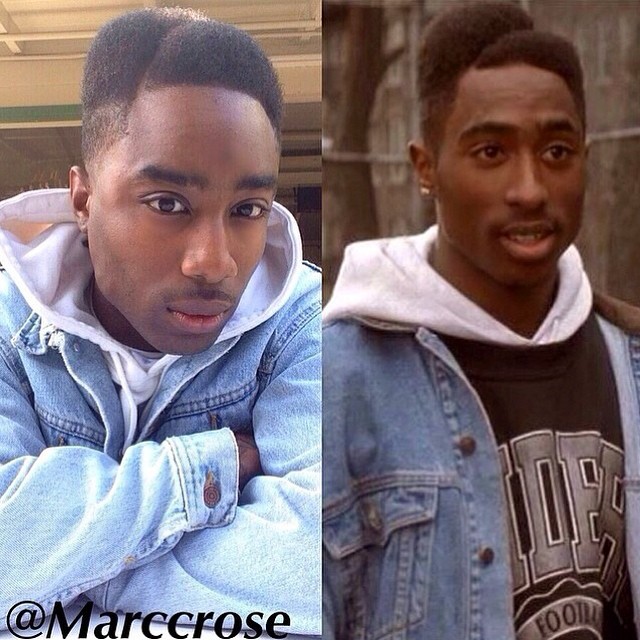 Is this performance in Vancouver on October 30th going to be your first live performance at Tupac?

This is going to be my first live performance as Tupac, yes.

Okay, so does that mean you’re actually going to be performing live as Tupac in Vancouver? No lip synching or anything?

I know and it’s so dope for it to be on Halloween too you know, it makes it that much better.

What are the differences between training for your role as Tupac in the biopic vs. training for a live performance?

It’s definitely different because when I was studying for the role of the movie I had to study, you know, not just his voice, not just his rap, not just his looks, but his mannerisms as well. I’m gonna be doing the same thing with the performance but more so on how he moves on stage you know? Like how he interacts with the crowd, the things he says and his feelings during certain songs. So I think that’s where my research will lie this time. 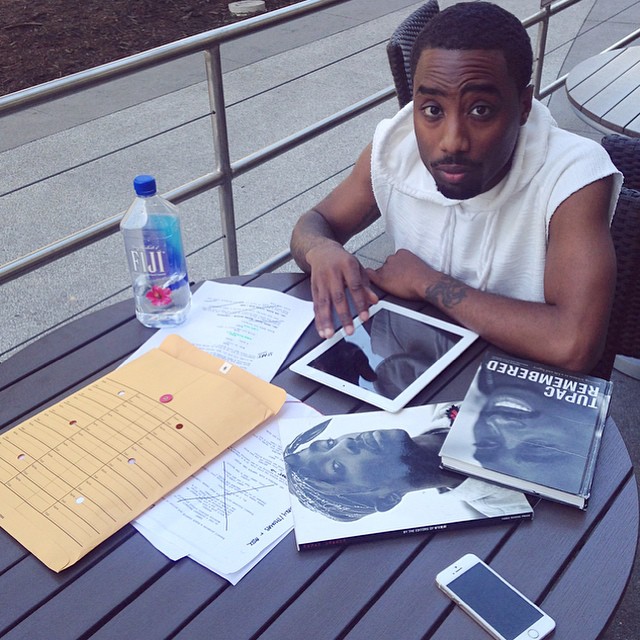 Looking towards the future, past Straight Outta Compton and past the Tupac biopic, what kind of roles would you be looking for? Have you even had a chance to think that far ahead?

I have, I actually have. I think after this performance actually and possibly, or possibly not the biopic; I don’t wanna say too much but, after that I’m gonna be definitely leaving my Tupac days behind me and focussing on other roles. Other things that are so far away from the fact that at the end of the day I look like him, but I’m not him. There’s so much more to me then just me playing Pac. I want to play dramatic roles, emotional roles, comedy roles, everything.

So right now you’re working on the full length Tupac biopic, is there anything you can leak to us about it?

No I can’t. But what I can say, which I don’t get in trouble by saying is, that it’s gonna be really good. I was fortunate enough to read the script of course and it stings. I mean, for me being a Pac fan and me actually doing all the research I’ve done on Pac, there are still things in the script that not a lot of people will know. I mean, his relationships with other people, things that he did and things that he went through. It’s very detailed and it’s definitely something to look forward to.

Are you looking forward to the show on Friday?

I’m excited to come to Vancouver, I mean this is my first time coming up here and I hope to see everybody there. 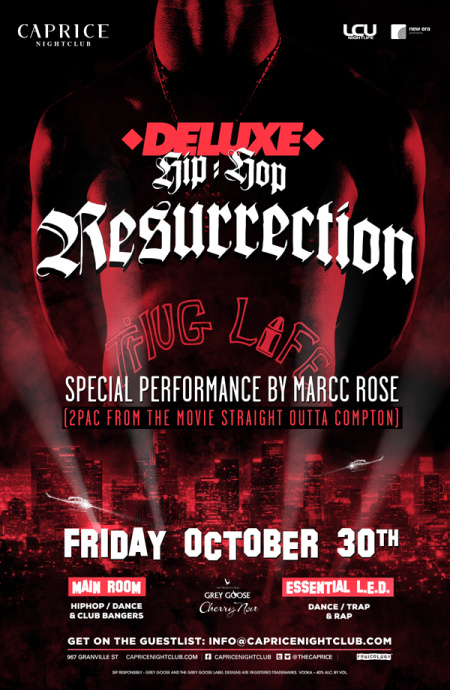