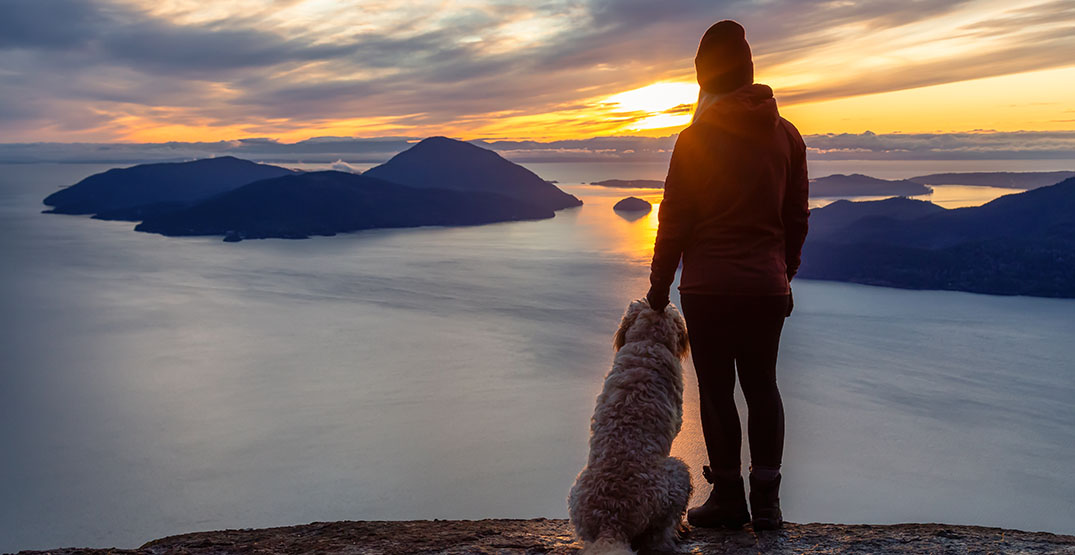 A hiker on top of Tunnel Bluffs (EB Adventure Photography/Shutterstock)

New parking restrictions at a trailhead north of Vancouver have hikers frustrated as their cars are towed from a lot that they say has a lack of clear signage — and no obvious number for the towing company.

BC’s Ministry of Transportation and Infrastructure changed the rules at the Tunnel Point parking lot along the Sea to Sky Highway in March to limit stays to 30 minutes or less. A ministry spokesperson said they made the change to discourage pedestrians from running across the highway to the Tunnel Bluffs trailhead.

Hiker James Bergal who went up to Tunnel Bluffs on June 21 told Daily Hive he narrowly avoided having his car towed. He arrived at Tunnel Point parking lot, the usual place he parks for that hike, and noticed it was less busy than previous years — but he just thought people were staying home because it was Father’s Day.

Once at the top of the hike, other hikers came up who said cars were being towed from the lot. Bergal and his friends cut their lunch short and rushed back down. Luckily, his car was still there.

He looked for the 30-minute limit signs, and told Daily Hive the only one he saw was at the entrance to the lot underneath a larger sign advising drivers to slow down.

“It’s teeny,” Bergal said. “Not something that would catch your eye at all.”

He also couldn’t find the name or contact information for a towing company, which unsettled him.

“People coming out on the trail could have no idea where their car has gone,” he said.

Bergal left the parking lot in his vehicle but said his friends who stayed behind another 15 minutes saw the tow truck come and take away cars belonging to other hikers.

The ministry spokesperson said one of the signs in the parking lot does have contact information for the towing company.

She said the ministry doesn’t have data for how often cars are towed from the lot, but she understands the towing company is doing patrols on the highway most days.

Other hikers who have commented on the hiking information website Vancouver Trails say their cars were towed all the way to North Vancouver.

Instagram user @mike.africh who had his car towed said getting it was tough because taxi companies wouldn’t dispatch a cab to him without an exact address, and he was forced to walk along the highway until he reached a local business.

The ministry spokesperson said they aren’t working on any alternate solutions for hikers right now, but are “always open to working with our partners and stakeholders on projects along the highway.”

The new parking limit doesn’t mean Tunnel Bluffs is off the menu — but it does mean hikers will have to pay.

There’s an alternate trailhead that leads to Tunnel Bluffs starting at the Sunset Drive parking lot Lions Bay. It’s the same trailhead that hikers use to climb the Lions, and it only holds 15 cars. 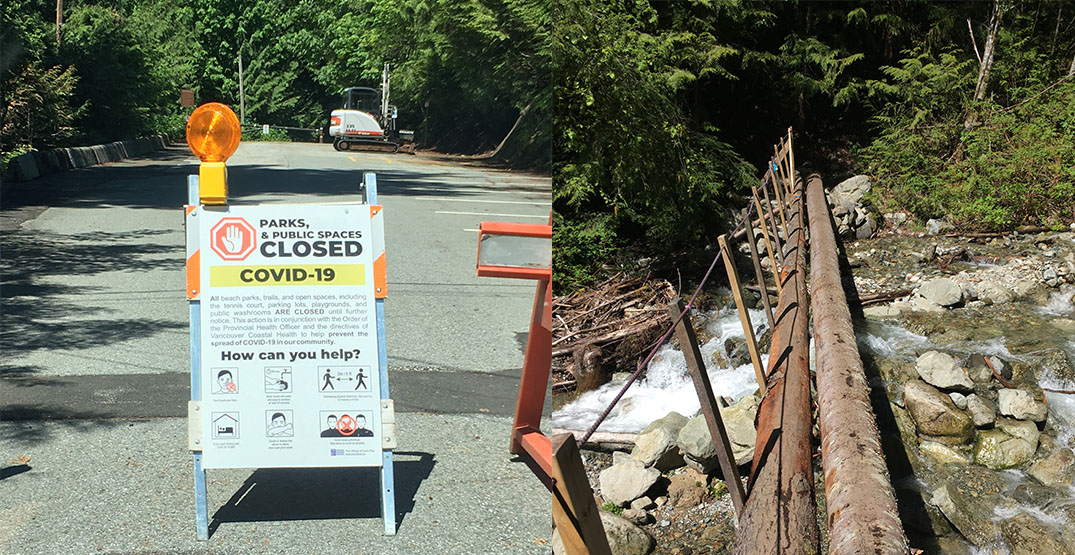 The route to Tunnel Bluffs from Lions Bay requires users pay for parking and traverse a couple of log bridges. These photos are from May 2020. (Daily Hive)

Users have to pay the Village of Lions Bay $3 per hour or a daily maximum of $24 to park there between May and September, according to Chief Administrative Officer Peter DeJong. The village has been installing the seasonal metres for the last three years.

DeJong said the village can’t open up any more visitor parking because the roads in the coastal community are steep and winding, and too many cars on the side creates a safety concern.

Whether it’s the closure of Tunnel Point parking lot or the pandemic that has people exploring closer to home, DeJong said he’s seen more visitors in Lions Bay than usual this summer to the point it’s getting “overrun.”

“We have seen a lot of traffic all over the place, and we’re just a tiny village without the capacity to hold that many people,” he said. “We don’t like having to give people expensive tickets and if necessary tow vehicles. It’s not pleasant for anybody.”