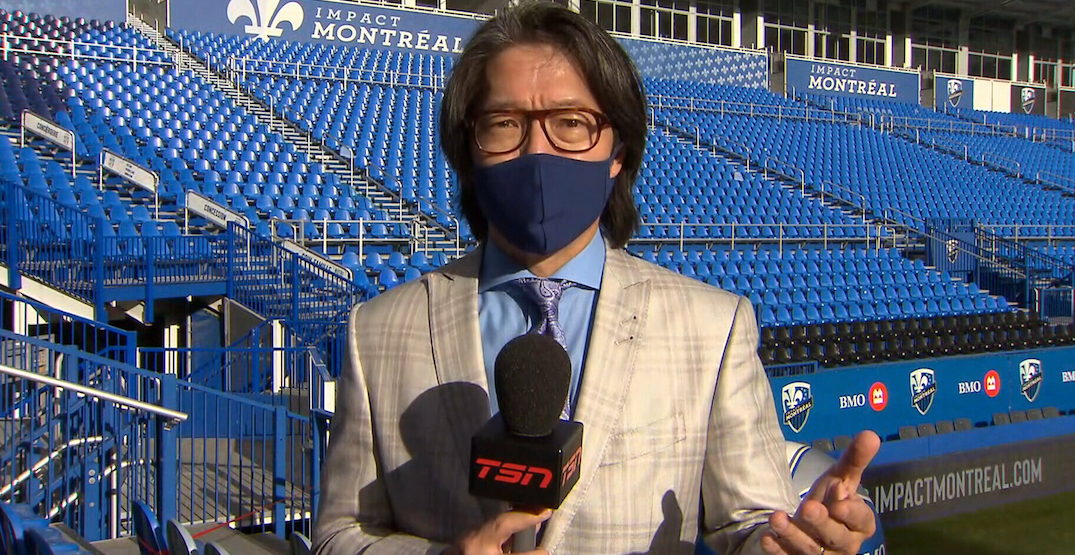 TSN’s John Lu has been home for nearly a week following a terrifying experience with COVID-19 that sent him to hospital.

The Montreal-based sports reporter is still dealing with the effects of the virus, sharing his story on Twitter, because in his words: “I want you to take this shit seriously.”

“If you think it’s a hoax, you’re in for a rude awakening,” he added.

Lu says he has been suffering from coronavirus since September 6, beginning with pain, fatigue, and headaches. After receiving a positive test, Lu says he wrongly thought he could “wait it out and recover” on his own.

Lu called 911 and was rushed to hospital and said that his life could have been in jeopardy. Doctors confirmed that he had a pulmonary embolism and he will now need to take blood thinners for three months to shrink a clot in his lungs.

“The doctors, nurses, orderlies and first responders were angels of mercy and I owe them my life, because, undetected, the embolism might’ve grown and broken free to my brain or heart, potentially causing a fatal stroke or blockage,” he said.

Lu expressed thanks to his wife, Caroline, who is taking care of him at home, as well as the medical professionals that treated him, his family and friends, and colleagues at TSN.

A number of fans and media are sending well wishes to Lu, while the Montreal Canadiens released a statement through their PR Twitter account, wishing him a “speedy recovery.”

“This ordeal, which affects a dear media colleague, reminds us of the importance of taking this virus very seriously and of following the instructions issued by public health authorities,” the Canadiens announced. “We can’t wait to see you again at the Bell Centre, John!”

Lu is encouraging everyone to donate to True North Aid, which is dedicated to serving and supporting northern Indigenous communities in Canada.

You can view Lu’s statement in full here: