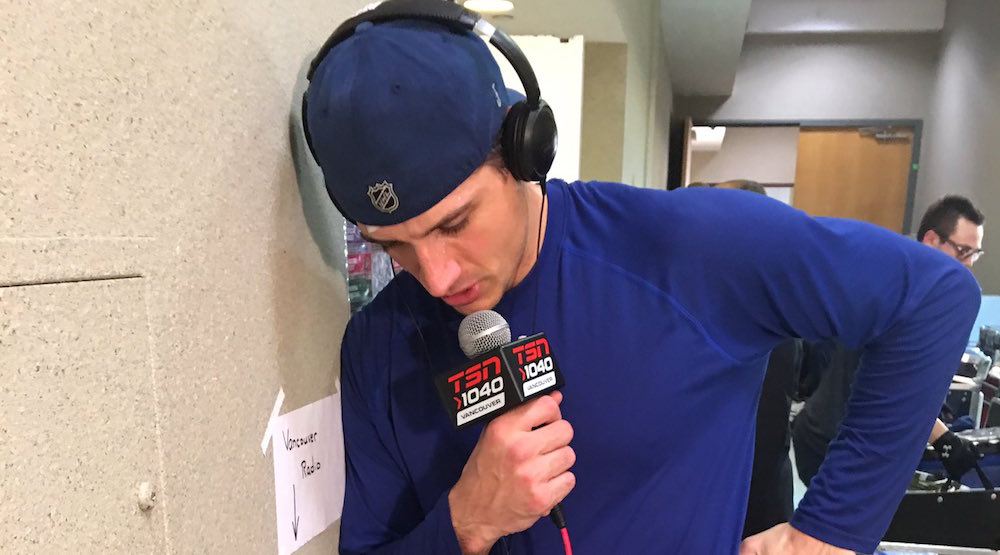 Some big news in the world of sports radio, as TSN 1040 has lost the broadcasting rights to the Vancouver Canucks, beginning next season.

TSN 1040 (and Team 1040 before it) have been the exclusive radio rights holders of the Canucks since taking over from CKNW in 2006.

The Canucks, it seems, have chosen to go with Rogers as their new radio partner. A move to Rogers for radio would match the Canucks’ television rights holder, as well as the arena naming rights holder (all Rogers).

Bell & TSN1040 are no longer the rights holders for the @Canucks. We're hearing @rogers will take over next season. #Canucks https://t.co/SyHnrkSRNB

Rumours are running rampant about what that actually means.

Is Sportsnet Radio coming to Vancouver’s airwaves? Perhaps an announcement is coming as soon as Thursday morning.

Rogers already owns JACK and KiSS on the FM dial, as well News 1130 on the AM side of things. The CRTC allows companies to own two stations per frequency, meaning Rogers could purchase an AM station and convert it to all-sports.

Watch for the official announcement tomorrow morning on CITY TV. Rogers has scooped the Canucks broadcast rights from Bell's TSN 1040.

Listening to hockey games on the radio isn’t what it once was, but radio rights affect much more than the play-by-play. Since gaining the Canucks’ rights, TSN 1040 has had a near-monopoly on interviews with players and management for their shows.

If Rogers begins to get those exclusives, TSN Radio in Vancouver could be on life support.

As history has shown, there is only room for one local all-sports radio station in Vancouver, and the station that has the Canucks, has the power.