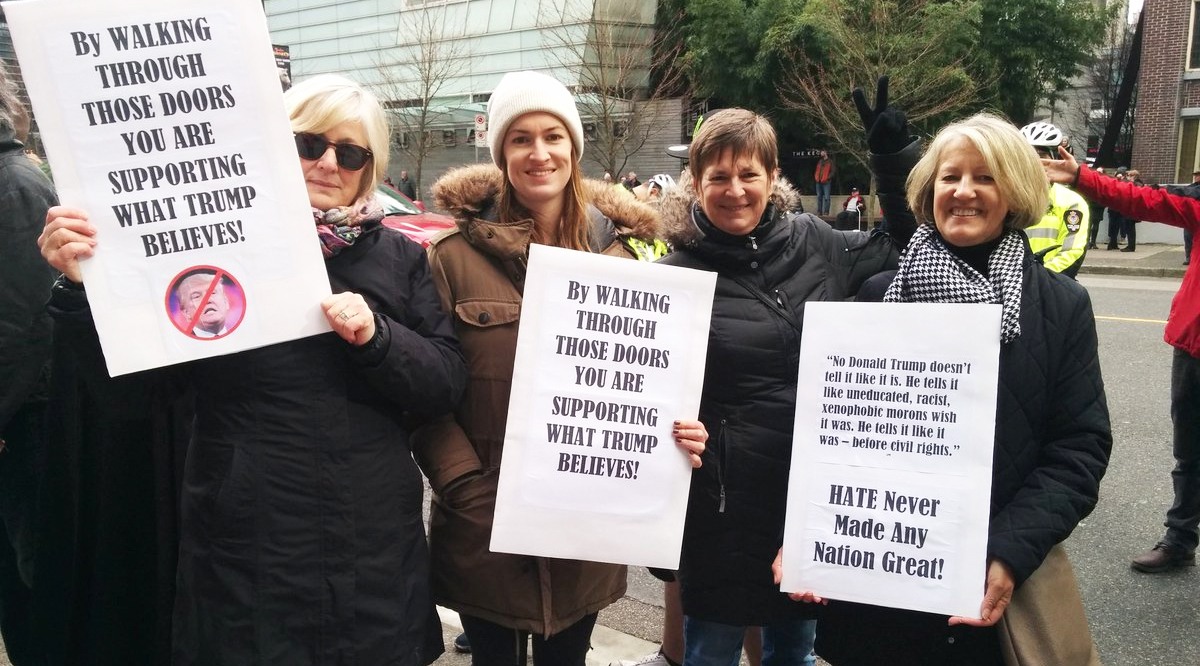 Vancouver Police say early estimates put the cost of policing the protests during the official opening of Trump Tower last week at $105,000.

The protesters, who were mostly anti-Trump Canadians, Americans, and Mexicans, brandished placards, drummed and sang, as they filled the sidewalk outside the new tower.

Asked on Monday morning if he thought $105,000 was high compared to other demonstration budgets that police prepare for, VPD Const. Jason Doucette said the detachment “prepare for these things based on the intelligence and the information that’s been provided.”

He acknowledged that $100,000 was a lot of money, but noted that other protests may cost police more or less than that.

However, he added, the number “could go up or could go down by a couple thousand dollars,” and “at the end of the year… we’ll have a real vision about how much this has affected our budget.”

Doucette clarified that the VPD was onsite during the hotel’s opening “to manage the demonstrations and the protests” and was not part of the Trump brothers’ security team.