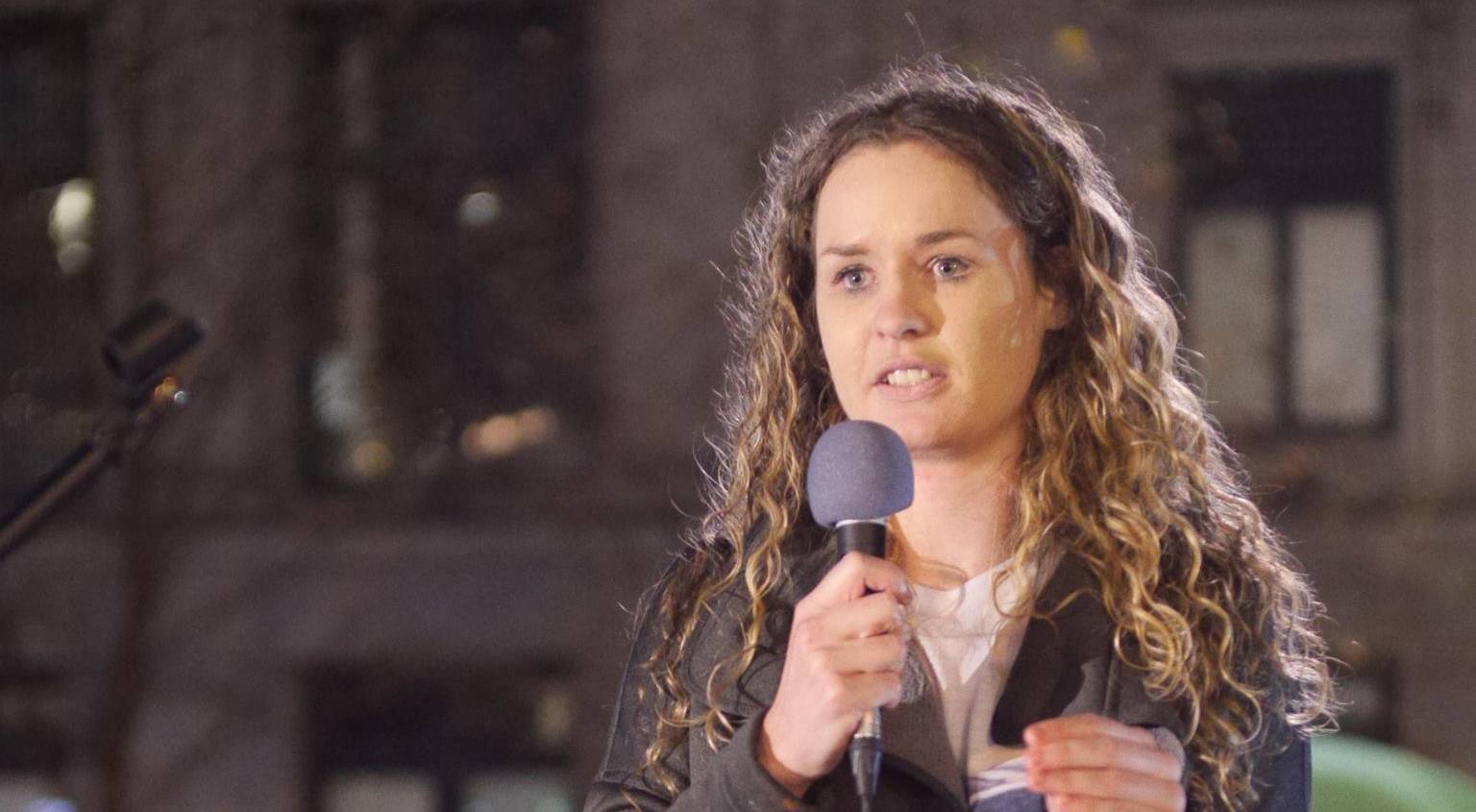 About 350 people filled Vancouver’s Robson Square on Saturday night for a peaceful rally in the aftermath of the shock election of Donald Trump as US President.

The Increase The Peace rally was organized by artist Carling Jackson of Art – out Vancouver, which aims to give people a voice through art, and use it as an instrument for change.

Jackson told Daily Hive the rally was a response to the hostility seen against visible minorities in the US, after Trump’s “divisive campaign and exclusionary rhetoric.”

“I wanted to provide a positive outlet for the people of Vancouver and the world to be able to express the intense emotions they are feeling in a more positive way,” said Jackson. 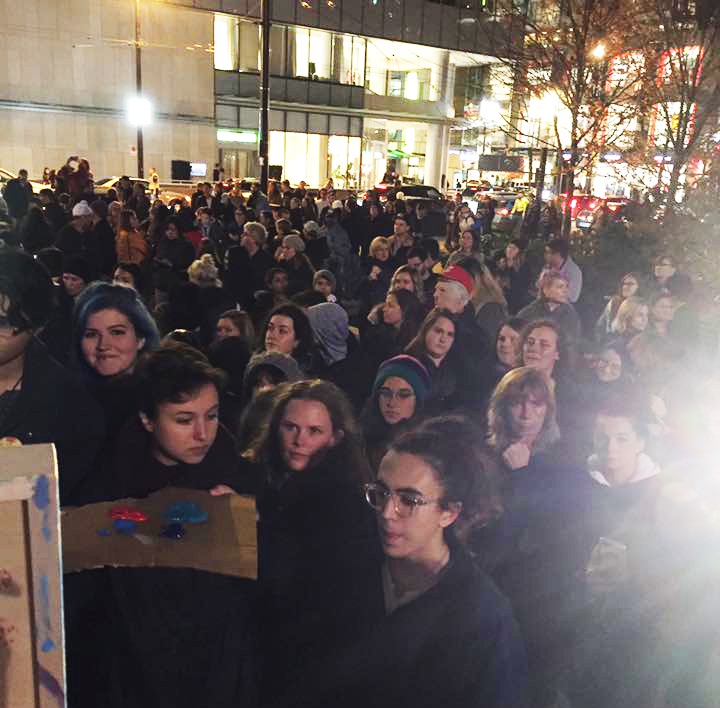 ‘Acceptance and love for all!’

Some 220 people signed a wood gallery canvas Jackson had brought with her, leaving their mark on topics of peace, equality, love or to just sending a message to Americans.

“It was amazing. Just reading it brings tears to my eyes,” said Jackson, who added that the canvas was signed by people from all over the world who were here in Vancouver. 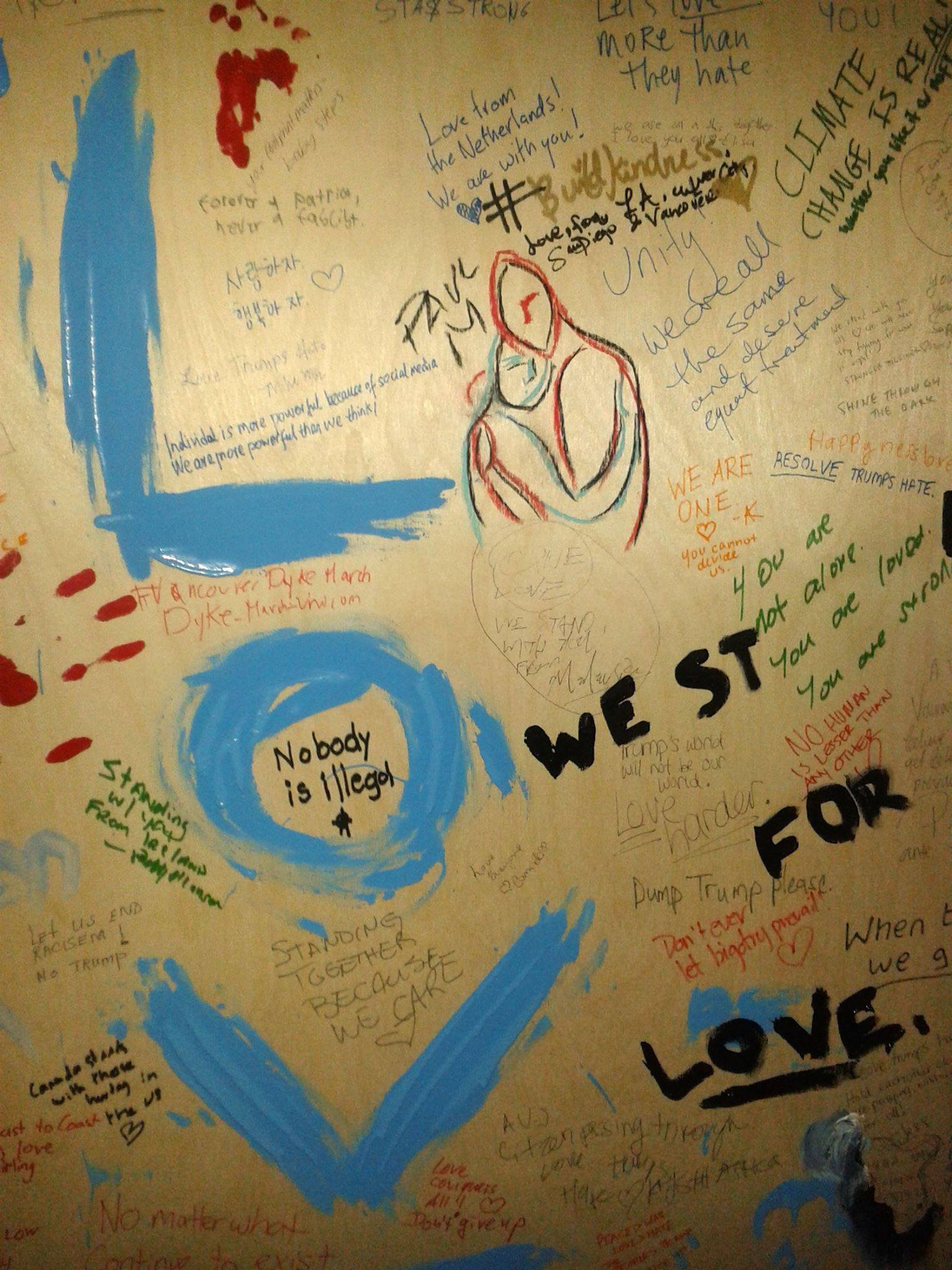 Messages left included, “Acceptance and love for all! Borders don’t define us!”, “Keep on keeping on! Refugees welcome!” and “Canada stands with those hurting in the US.”

Speakers at the event included Gordon August, speaking in solidarity from a First Nations perspective, and sharing ancestral songs and stories.

As well, Kyle Nylund spoke about being part of the LGBTQ community, Austyn Jasper offered a youth opinion and Jackson spoke about studying black history in Louisiana. 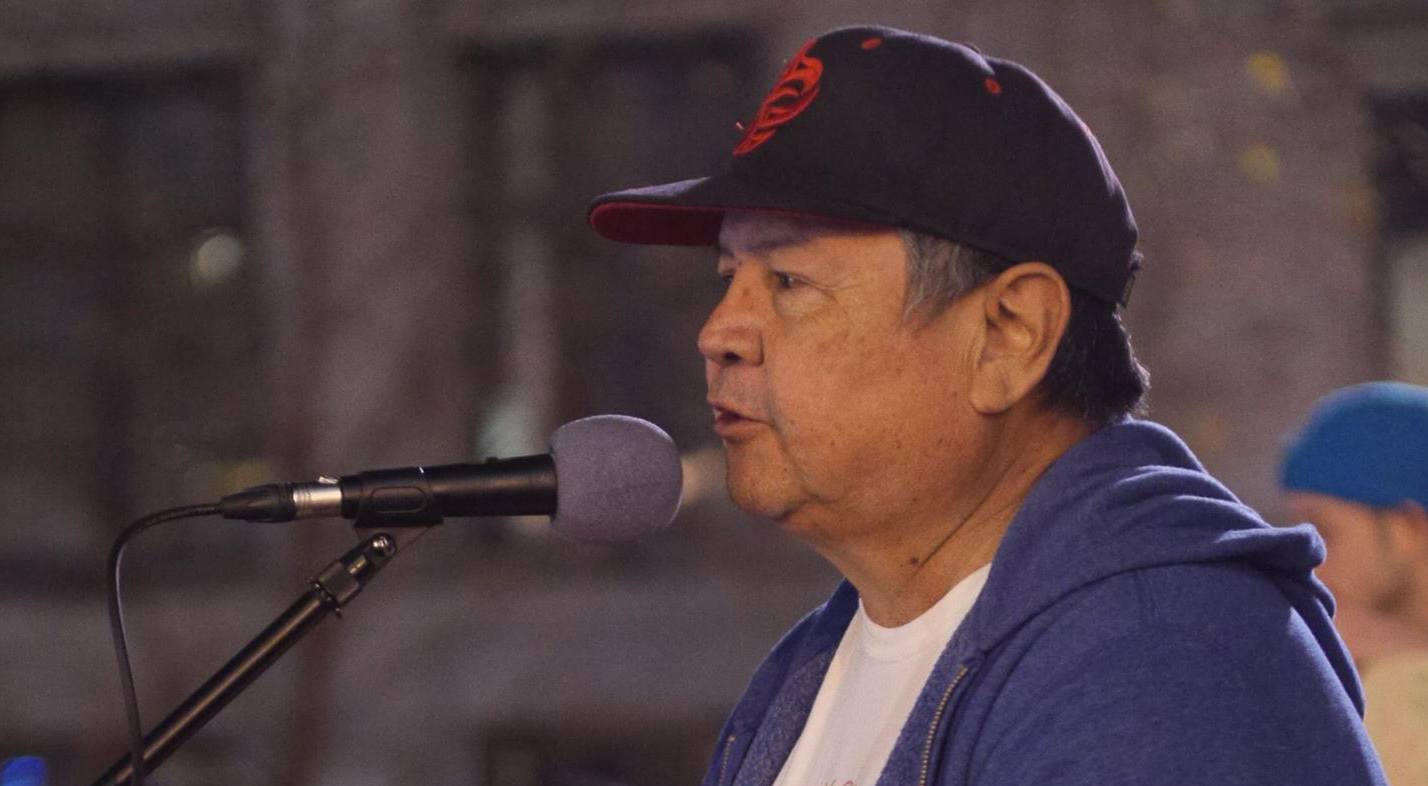 Donald Trump is a ‘monster’

Jackson said she has fought in solidarity with African Americans on issues of segregation, discrimination and voter’s rights and helped get the vote out for Obama in 2008.

But she says her experience of racism after Obama was elected made her think what she calls “White America” was not ready for a black president, and this could lead to trouble.

Trump, she says, is the trouble she feared; in electing him, Jackson says, “White America” has created a “monster.”

“Now more than ever our unifying strength, resiliency, compassion, empathy and stand for justice is needed locally, nationally and globally,” she said.

“We must protect and stand up for those who are systemically targeted by oppressive tactics and discriminatory individuals.” 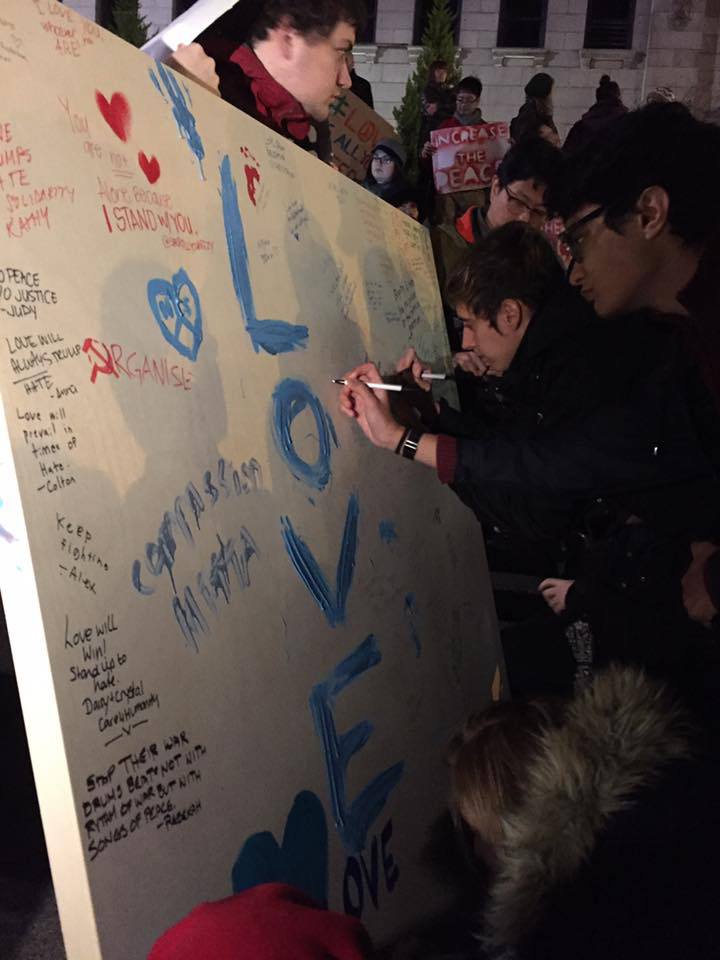 Educating children and youth about equality, truth, justice and their capability to make real change is essential, says Jackson.

“We must look inwards to our own potential prejudices and biases that we all have and work towards bettering ourselves,” said Jackson.

“We must lock arms, hearts and purpose in our nonviolent fight for peace, equality and compassion. I believe in humanity.”