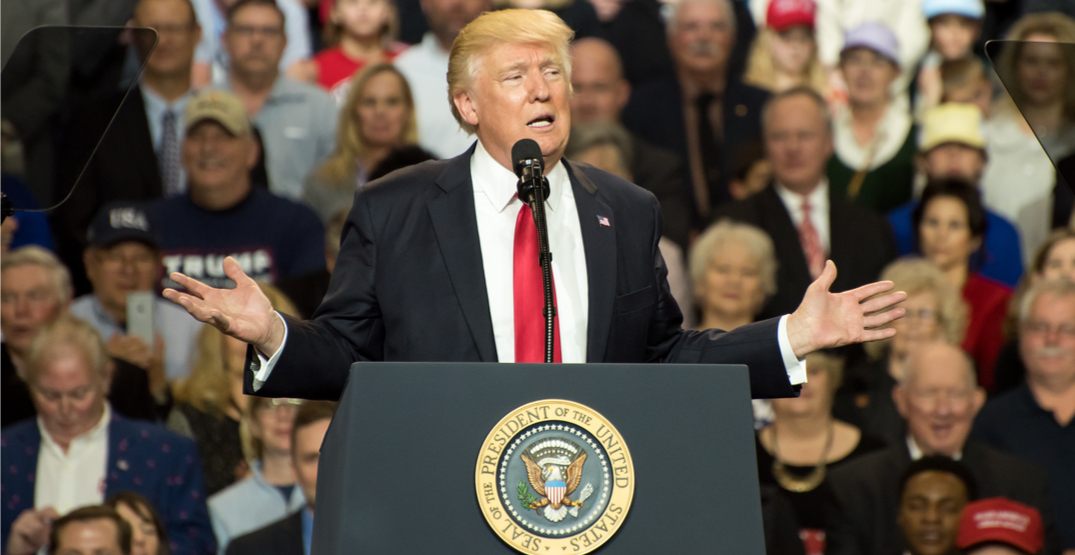 US President Donald Trump held a rally over the weekend, and took a shot at Canada while he discussed trade.

During the “MAGA” rally, which was held on Saturday in Wisconsin, Trump jokes about Canada and the national anthem, asking the crowd to sing it.

“Let’s sing ‘O Canada,’ we love the song,” Trump said in his speech.

His audience responds with boos to his request, as he continues to talk about US dairy farmers and the duties paid to Canada.

While the USMCA trade deal was reached on September 29, Trump has made complaints over the last two years about Canada’s dairy farmers.

He’s also known to take shots at Canada during his speeches.

During a White House event last year, the US president said that Canada doesn’t treat the US right.

“We lose a lot of money with Canada. Canada does not treat us right in terms of the farming and the crossing the borders,” said Trump in February 2018.

His latest remarks can be found at the 17-minute mark of his speech below.

Canadian officials have yet to comment on Trump’s speech.