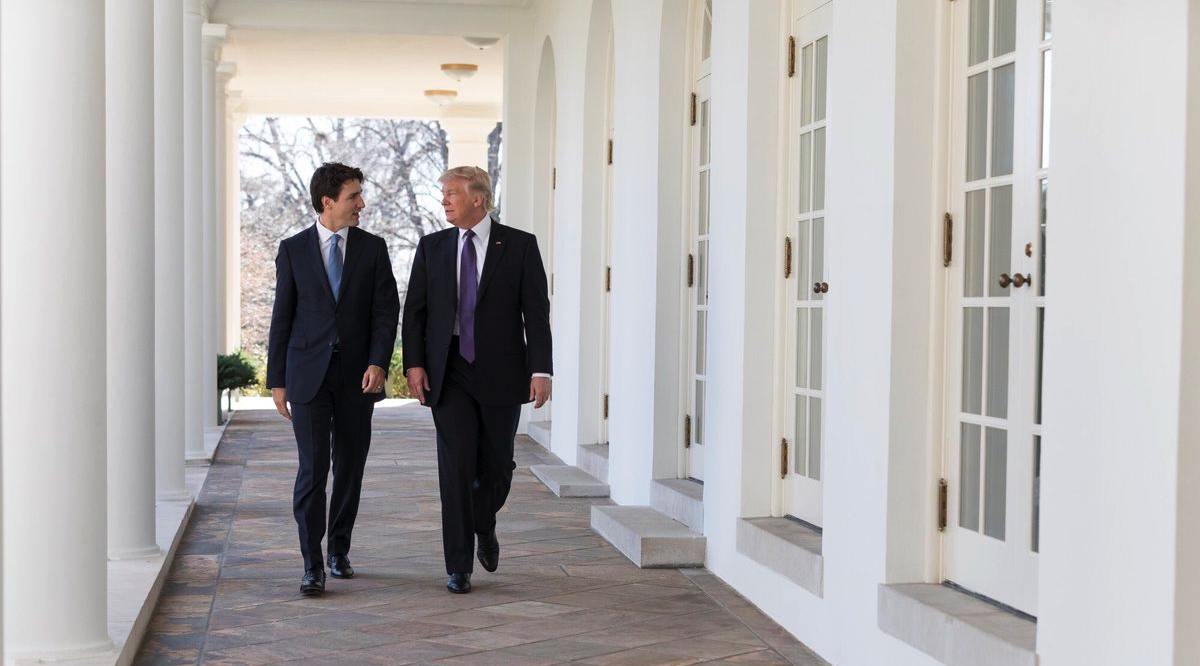 Prime Minister Justin Trudeau is meeting with US President Donald Trump in Washington, DC next week.

Trudeau’s meeting is part of two trips the Canadian Prime Minister is taking south this month.

On October 10 and 11, Trudeau will be in Washington, DC to take part in a keynote on the importance of gender equality at the 2017 Fortune Most Powerful Women Summit.

And while there, he plans to meet with Trump to discuss international security and the vital trade and economic relationship both countries have.

“The United States is Canada’s top economic partner, and it’s important that we continue to work together to strengthen trade, investment and economic opportunity for people on both sides of our border,” said Trudeau in a statement. “I look forward to discussing with President Trump how to enhance our mutual prosperity and security.”

Although Trump appears to keep missing the memo, Canada is the number one export destination for most American states, and cross-border trade and investment supports nearly nine millions jobs in the US.

According to the federal government, Canada and the US share one of the largest trading relationships in the world, with the bilateral trade between the two countries valued at nearly $882 billion in 2016. Canada is also the largest secure supplier of energy to the US.

Following his US trip, Trudeau will continue travelling south and head to Mexico City for his first official visit to Mexico on October 12. He will be meeting with Mexican President Enrique Peña Nieto to discuss trade, regional cooperation and ways to further strengthen Canada-Mexico ties.

Trudeau is also honouring the victims of recent earthquakes and participate in events with civil society while in Mexico City.