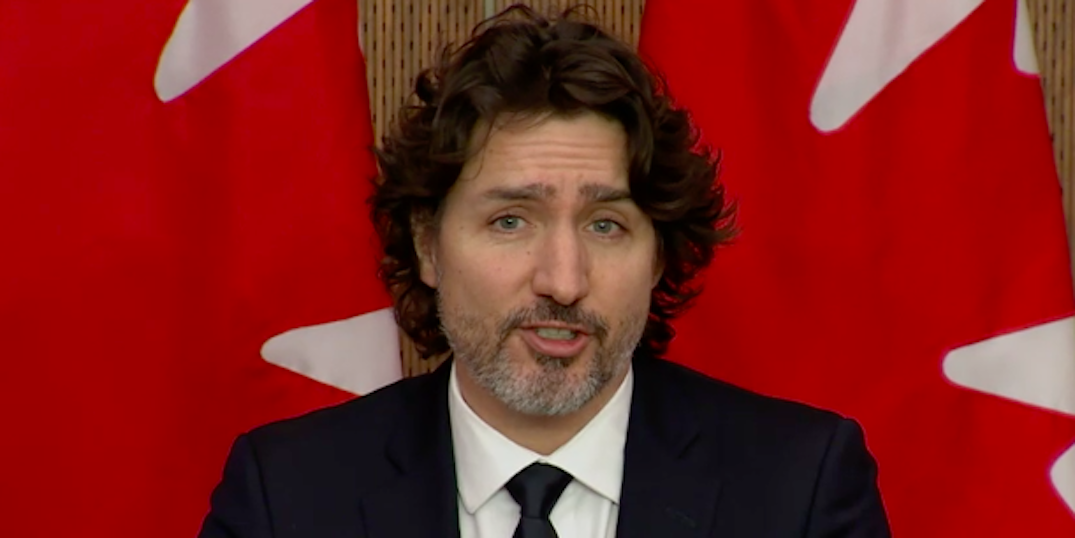 On Tuesday, Trudeau said that gun violence has had “devastating effects” across the country, with too many losing loved ones. He said that according to Statistics Canada, over 40% of homicides in Canada in 2019 were due to gun violence.

“This violence must stop,” he said.

“One Canadian killed by gun violence is one too many. The tragedies we have seen in Ste-Foy and Portapique, and more recently in Toronto and Montréal, should never happen. This is why our government has taken some of the strongest action[s] in our country’s history against gun violence. We will continue to take steps to strengthen gun control measures, remove dangerous weapons from our streets, and make sure everyone can feel safe from violence.”

Trudeau announced the introduction of new legislation to amend the Criminal Code and the Firearms Act to make communities safer “while respecting law-abiding gun owners.”

These laws would allow people, like a concerned friend or relative, to apply to the courts for the immediate removal of an individual’s firearms or ask a Chief Firearms Officer to suspend and review an individual’s licence to own firearms.

It also proposed to fight gun smuggling and trafficking by increasing criminal penalties and by enhancing the capacity of the Royal Canadian Mounted Police and the Canada Border Services Agency to stop the illegal importation of firearms.

Trudeau said it would also help create safer communities by supporting municipalities that ban handguns through by-laws restricting storage and transportation in their jurisdictions.

“Individuals who violate these municipal by-laws would be subject to federal penalties, including licence revocation and criminal sanctions,” the government release says.

It was also mentioned that the legislation would provide opportunities and resources for young people to avoid criminal behaviour by providing funding to municipalities and Indigenous communities to support youth programs.

New offences will be created for those who alter the cartridge magazine component of a firearm and depicting violence in firearms advertising, introducing tighter restrictions on imports of ammunition, and ensuring the prohibition of imports, exports, sales, and transfers of all replica firearms.

Lastly, the legislation will complete the prohibition of assault-style firearms to ensure these weapons cannot be legally used, transported, sold, transferred, or bequeathed by individuals in Canada.

“We also intend to move forward with a buyback program in the coming months to support the safe removal of these firearms from our communities,” Trudeau said.

According to the federal government, these measures are part of a broader firearms strategy to increase public safety and build upon previous legislation and policies already in place. This includes the ban on assault-style firearms, funding to provinces and territories to combat gun and gang violence, and investments in border security to tackle firearms smuggling.

In May 2020, Canada banned over 1,500 models and variants of assault-style firearms and some of their components. The government is continuing to take every step necessary to combat gun violence and keep Canadians and communities safe.