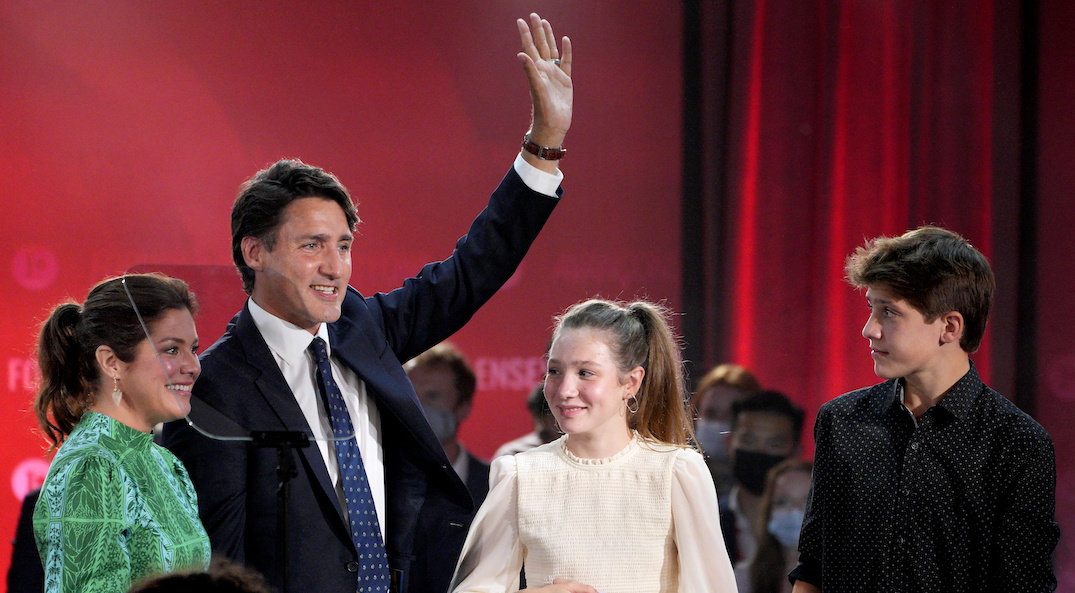 The final seat count is still up in the air but the Liberals will cling to power with another minority government.

A majority government requires at least 170 seats, and the Liberals appear to be more than 10 seats shy of that goal. But Prime Minister Justin Trudeau will keep his job for now, and for his team, today’s main order of business is to simply get back to work.

Still, there are some ceremonial events and decisions to be made, and some results still to be finalized, before the newly elected MPs can take their seats.

So what happens next?

Trudeau won enough seats that talk of a formal coalition is unlikely.

But first the ballots have to be counted to determine how many seats he actually won. There are several seats where the margin of victory is razor thin, including two potential Liberal wins in Edmonton Centre and Vancouver Granville.

There are more than 780,000 mail-in ballots overall, and they won’t be counted until later today. Elections Canada warned it could take up to four days to finish the count in some ridings.

Trudeau will have to shuffle his cabinet because he lost at least two cabinet ministers _ Fisheries Minister Bernadette Jordan in Nova Scotia, and Status of Women Minister Maryam Monsef in Ontario. Seniors Minister Deb Schulte was behind in her suburban Toronto riding last night as well.

Infrastructure Minister Catherine McKenna didn’t run this time, which could open spots for four ministers and four women, since Trudeau has committed to gender parity in cabinet.

Two years ago, Trudeau waited an entire month to shuffle his cabinet but this year with the pandemic’s fourth wave still raging and the G20 leaders summit and the United Nations climate summit being just over a month away, Trudeau may not wait quite as long to get his new team in place.

He also has to set a date for the next speech from the throne, which will lay out the government’s agenda for the next Parliament. Again, two years ago, Trudeau waited more than six weeks to bring forward a throne speech, and he waited a month in 2015.

The duty to call the new Parliament officially lies with Gov. Gen. Mary Simon, but she will do on Trudeau’s advice.

So while his cabinet is likely to come sooner, Canadians could be waiting until mid-November for the resumption of Parliament itself.

How MPs reconvene is also potentially up in the air. When Parliament rose before the election it was still in pandemic mode, with approval from the House of Commons for virtual sittings and committee hearings.

All of those approvals dissolved with Parliament and new agreements have to be reached if virtual sittings and voting are to be resurrected. A virtual sitting could make it very hard to proceed with the first order of business for any new House of Commons – the electing of a speaker – because it is supposed to be done by secret ballot.

Former speaker Anthony Rota was leading in his northern Ontario riding last night, but he does not automatically get his speaker’s job back if he is declared the winner.

The speaker’s election will be presided over by the longest-serving MP in the House – Bloc MP Louis Plamondon, who won his seat again and will do this for the fifth time. MPs figured out how to vote virtually on legislation, but secret ballots are rare in Parliament.

Any negotiations to hold that vote, or further sittings of Parliament with a virtual function will require negotiations between the parties.