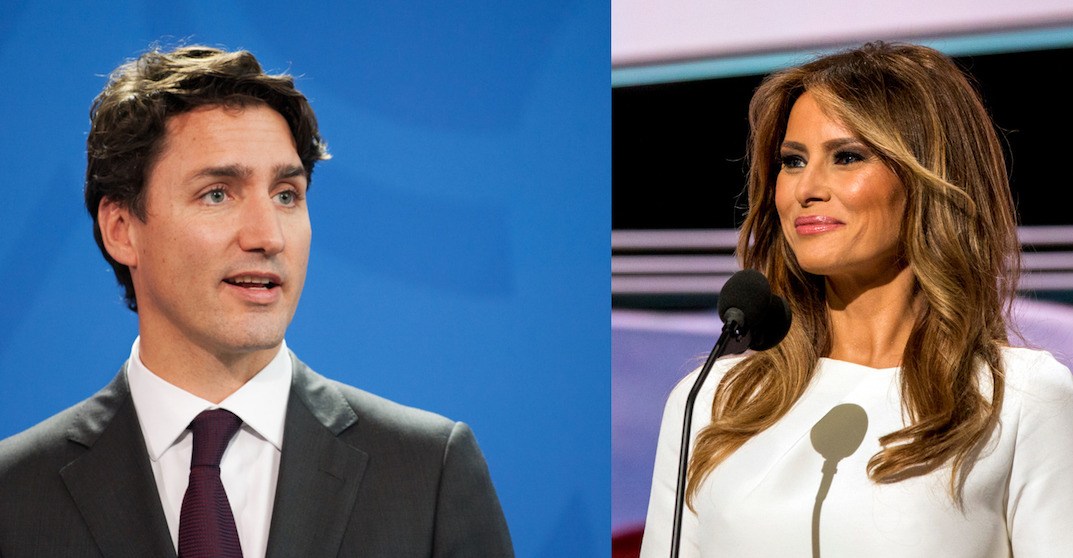 As the world’s powers met this weekend at the G7 summit in Biarritz, France, some Twitter users instead switched their focus to a photo of first lady Melania Trump seemingly swooning over PM Justin Trudeau.

In the photo, America’s First Lady is seen greeting Trudeau with her husband, President Trump, off to the side.

The Twitterverse compared the trio to the frequently-used ‘distracted boyfriend meme’ in typical Twitter fashion.

Twitter user Daniel W. Drezner pointed out that the pic can be compared to the famous stock photo meme of a guy looking over his should at another woman.

“This is the real life version of that stock photo with the guy turning his head, just with the genders reversed,” reads Drezner‘s tweet.

The Internet responded to the joke with comments that are just too real.

The death grip on her hand. pic.twitter.com/rXsiLulI2M