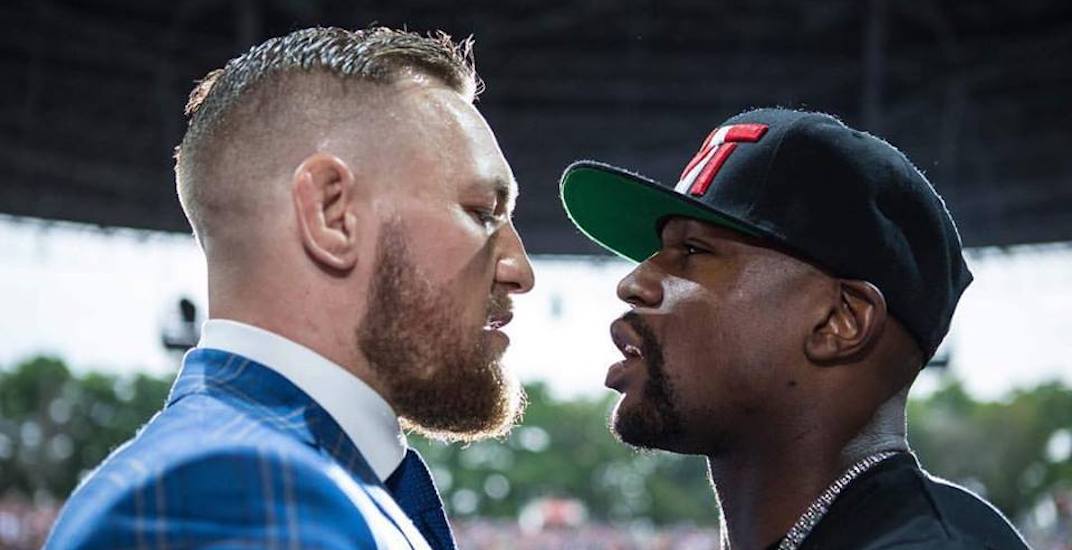 Speaking to the media from Brantford, Ontario, Trudeau let his thoughts be known over one of the most anticipated boxing matches ever, which goes Saturday in Las Vegas. While the PM’s heart appears to be with Conor McGregor, his brain is with Mayweather.

“We all like McGregor, but I think it’s not his sport,” Trudeau told the Canadian Press. “Mayweather’s going to teach him what boxing’s all about.”

Millions of Canadians will be huddling around TVs for the pay per view match.

“It’s not going to be a great fight,” Trudeau added.

While McGregor is the more well-liked fighter – certainly in Toronto where fans were clearly on the Irish boxer’s side – the odds are stacked against him. Literally.

Mayweather is 49-0 all-time, while McGregor is new to the ring.

Can the UFC fighter transfer his skills to another sport well enough to beat a boxer lauded for his technical skills?

McGregor has youth on his side, given that he’s 11 years younger than the 40-year-old Mayweather. He’s also an inch taller and has two inches longer in reach.

He’s also got a bigger mouth.