Almost half of Canadians think the Liberals under Justin Trudeau should no longer be running the country, according to a new poll.

The survey, fielded by market research firm MARU/Matchbox between September 5 and September 19, was donated to the Angus Reid Institute.

It polled 5,466 Canadians for their views on federal politics, including Trudeau, the Liberals, and new Conservative leader Andrew Scheer.

Researchers found 45% of Canadians polled said it was “time for a change in government,” and the Liberals under Trudeau should be replaced by a different party. 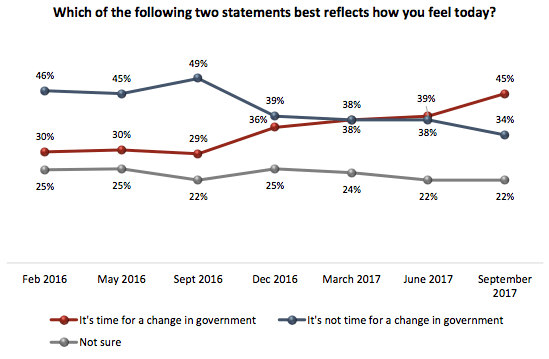 Do you think it’s time for a change of government ? (Angus Reid)

Some 34% said the Liberals under Trudeau should be re-elected, reflecting the selection of Trudeau as the best prime minister, which came in at 33%.

Which leader would make the best prime minister in September 2017? (Angus Reid) 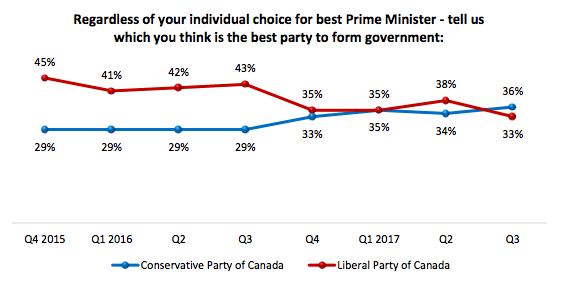 Which party is the best to form government in September 2017? (Angus Reid)

In terms of the major concerns of those polled, the top issue overall was health care, with 24% of those polled selecting it from a wide range of topics.

The economy and government spending came in close behind at 22% each, with taxes concerning 18% of those polled. 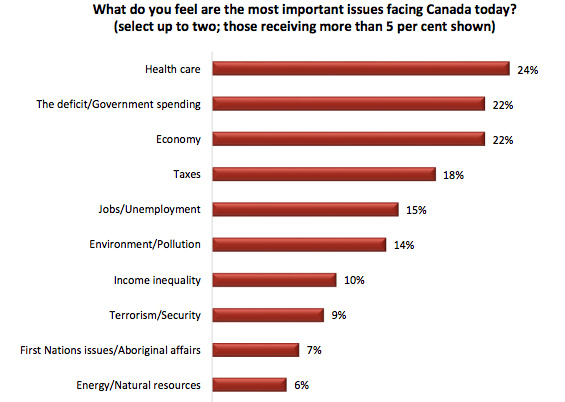 Most important issues for Canadians in September 2017 (Angus Reid)

Researchers believe the latest concerns over taxes are likely due to the government’s controversial efforts to reform the tax system for small businesses.