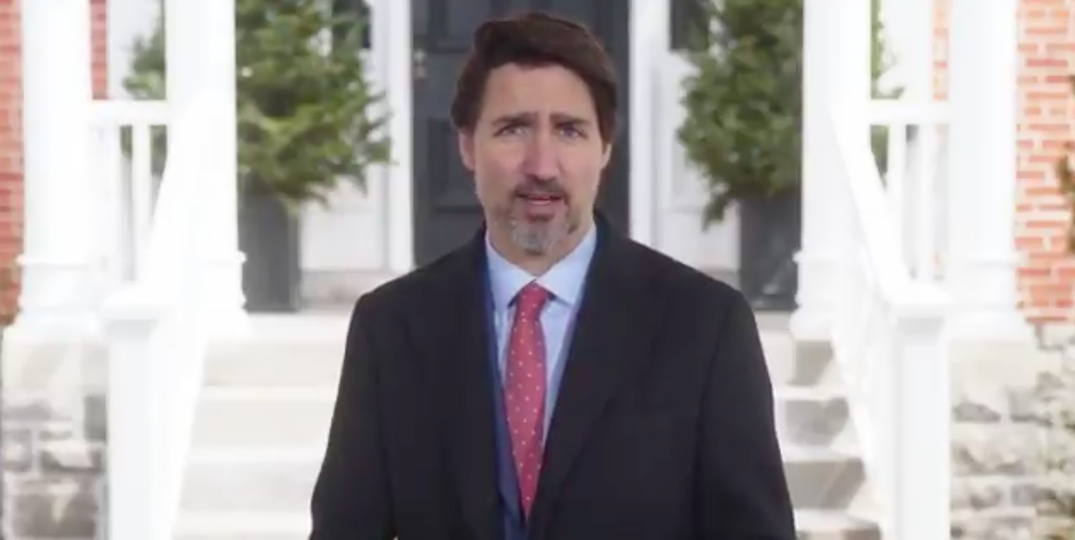 Prime Minister Justin Trudeau said the federal government is working with companies to produce up to 30,000 ventilators.

During his daily address, the prime minister told Canadians he is also expecting 500,000 masks from 3M on Wednesday.

Over the past weeks, Trudeau said that about 5,000 Canadian companies volunteered to manufacture products to help fight COVID-19.

“We need a sustainable, stable supply,” he said, adding that the demand for personal protective equipment (PPEs) is going up.

That means “making them at home.”

Trudeau said the Canadian government is working with Thornhill Medical, CAE, Ventilators for Canadians, and StarFish Medical to produce the ventilators.

The government is also working with Nobel-winning scientist Dr. Art McDonald, who is leading a team to create “easy to make” ventilators.

When asked about the amount of ventilators, and whether he thinks Canada is expected to need them all, Trudeau said “we need to be ready for any and every circumstance.”

“The opportunity to make sure we have ventilators available is extremely important,” he said. “We certainly hope we won’t be needing all those ventilators.”

Along with ventilators, companies like Canada Goose, Stanfield’s, and other clothing manufacturers, will be making additional PPEs such as gowns, according to Trudeau.

While the shipment of masks is arriving from 3M, the prime minister said there is still more work to do on getting PPEs across the border from the US, although the government has had productive conversations with officials.

On Monday, Canada’s Chief Public Health Officer, Dr. Theresa Tam, said Canadians can wear non-medical masks while out in public “as an additional measure” to protect others against the spread of the coronavirus.

The prime minister said, while he is not a medical expert, the most important thing is for people to stay home. If they do go out, he said they need to stay two meters apart.

He continued to say that masks help people avoid “speaking moistly” — meaning it prevents the spread of the droplets that carry the virus.

Dr. Tam said that as collective scientific knowledge of COVID-19 continues to grow, “it is clear that transmission of the virus is happening more often than previously recognized from infected people right before they develop symptoms.” This is referred to as “pre-symptomatic transmission,” explained Tam.

“There is also evidence that some infected people who never develop symptoms are also able to transmit the virus. This is called asymptomatic transmission,” she said.

On Monday morning, Trudeau said 240,000 people had already applied to the Canada Emergency Response Benefit (CERB), and another plan is coming for those who don’t qualify for the program.