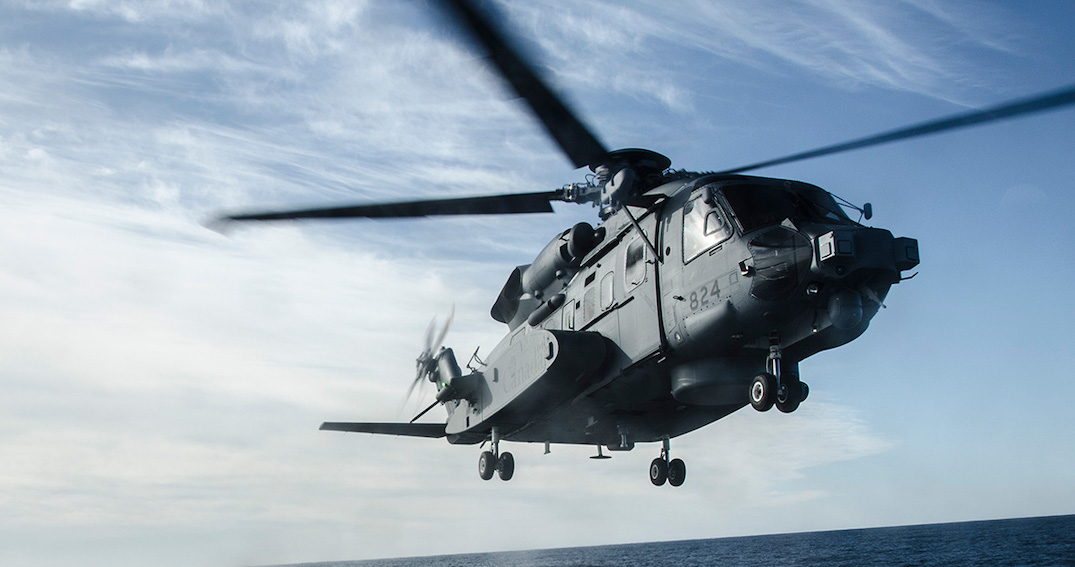 Prime Minister Justin Trudeau called every one of the six members of the crashed Canadian military helicopter “heroes.”

Trudeau confirmed that one body has been recovered, while five remain missing, after the helicopter disappeared off the coast of Greece on Wednesday.

“On behalf of all Canadians, I want to offer my deepest condolences to their families, their friends, their shipmates, and their fellow Canadian Armed Forces members,” said the prime minister during his Thursday briefing.

“This is another very hard day for Halifax, for Nova Scotia, and for our Armed Forces families.”

The Canadian Armed Forces Operations confirmed that they lost contact with the CH-148 Cyclone helicopter that had been deployed on the HMCS Fredericton for Operation Reassurance.

“The cause of this accident is unknown at this time,” said Sajjan, adding that flight data has been recovered.

Chief of the Defence Staff General Jonathan Vance confirmed that Abbigail Cowbrough was the member killed in the crash. Vance said the missing will not be named at this time.

The HMCS Fredericton was deployed to do an assurance mission with NATO, with 240 members who left Canada back in January, according to Vance.

“They had just spent their 100th day participating in the operation, and were expected back in July,” he said.

Vance said that at 6:52 pm the Canadian Cyclone helicopter was conducting basic training serials alongside Turkish and Italian aircraft. A few minutes later, flares were seen in the water.

“This is a time of agony for family and fellow crew members,” said Vance. “There is nothing worse than losing contact with a crew member.”

Vance said that fleet of cyclones have been put “on operational pause.”

“Today, I lost my oldest daughter Abbigail Cowbrough in the crash involving the Cyclone from HMCS Fredericton,” said Shane Cowbrough.

“There are no words.”