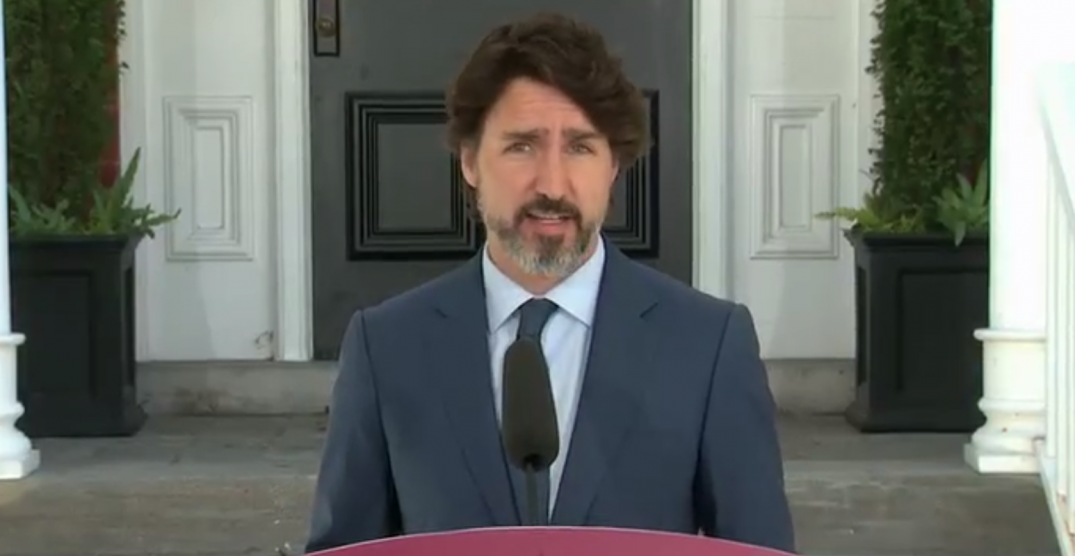 But, the prime minister said, there will be punishment for criminals who try to take advantage of the programs.

During his daily press briefing on Tuesday, Trudeau said that there will be changes to all the federal government programs as the pandemic evolves and as Canada goes back to “normal.”

“We will continue to do that, change things as we go along,” he said, and that modifications will be brought to the program as people leave the benefit and transition back into work.

While addressing CERB fraudsters, Trudeau said the government tried to send it out to as many people as possible.

“If we made things too complicated, if we ensured a lot of checks, we would never have got the cheques out in a few weeks to millions of Canadians who desperately needed the money,” said Trudeau, adding that after the fact, the government knew they would have to introduce measures “to correct mistakes.”

For those who applied for both the CERB and the wage subsidy, Trudeau said they would not be punished for making the mistake. They will, however, need to payback the one that shouldn’t have been taken, according to the prime minister.

“Unfortunately, there are a few criminals who deliberately try to take advantage of moment of solidarity and crisis by deliberately defrauding the system,” Trudeau said.

He said they will be “punishing” those who tried to take advantage, and that the government will “go after deliberate fraudsters.”

Trudeau acknowledged there will need to be “concrete measures” for the small number of criminals who took advantage to collect the benefits unfairly.

He said that this will be done on a case by case basis.

On Monday, the Globe and Mail obtained a draft copy of the CERB bill that has not yet been introduced in Parliament.

According to the Globe and Mail’s report, the draft bill introduces terms such as “punishment” or “imprisonment” in reference to violations, and states that those found guilt on an offence could receive a fine of not more than $5,000 plus not more than double the amount of the income support payment “that was or would have been paid as a result of committing the offence” or “both the fine and imprisonment for a term of not more than six months.”