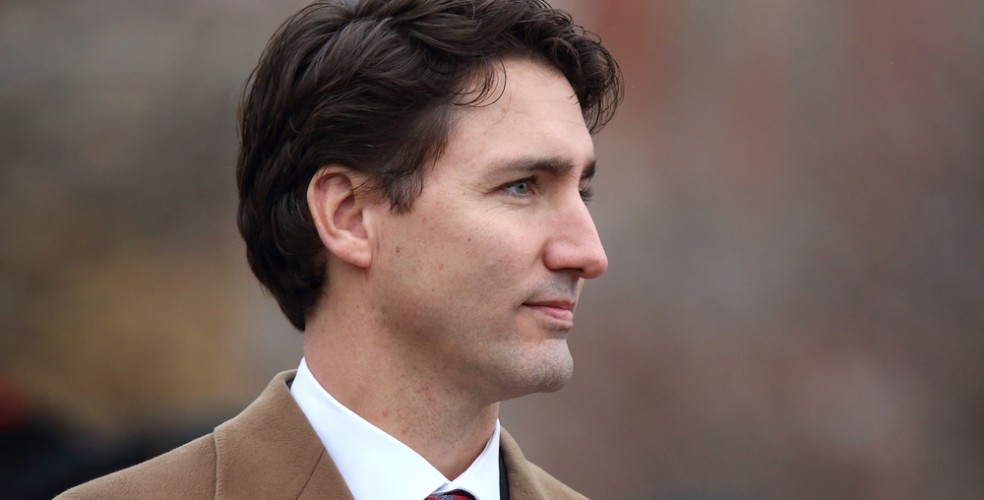 The honeymoon is (almost) over for Justin Trudeau.

The Prime Minister’s latest approval rating shows a drop of ten points over the last three months, according to a poll by Angus Reid.

While 55 per cent of the nation are still confident in Trudeau’s performance, that number represents the lowest approval rating the Prime Minister has had since his win in last year’s federal election, as well as a 10 per cent drop since September.

That drop has been felt most significantly in the Liberal Party’s historical stronghold of Ontario, where 53 per cent of respondents approve of Trudeau, down 16 points from the last quarter.

Ontario’s decrease in satisfaction may be related to the Prime Minister’s amicable relationship with the province’s premier Kathleen Wynne, who has recently been ranked one of the least popular leaders with a 16 per cent approval rating. 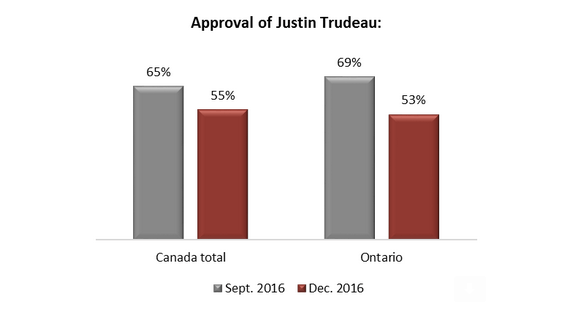 Among the possible reasons for the slip in Trudeau’s national approval ratings recently are his Liberal Party’s continued use of “cash-for-access” fundraisers, along with the approval of Kinder Morgan’s TransMountain pipeline expansion project, according to Angus Reid.

Not surprisingly, the Kinder Morgan expansion had B.C. and Alberta divided.

Vancouver Mayor Gregor Robertson called it “a step backward for Canada’s economy, environment, and climate change.” Meanwhile, the decision was welcomed by Alberta Premier Rachel Notely, who stated that the federal government had shown “extraordinary leadership.

The approval of the project is viewed as a positive move for the province of Alberta, where the government hopes it will kick-start the economy which has seen an unemployment rate dip to the lowest average since 1988.

Overall, nearly three-in-ten (or 29 per cent) say they expect their standard of living to worsen in the next 12 months – the highest number expressing this worry since this quarterly Angus Reid study began in 2010. And those with “middle class” incomes – a focus of the Trudeau government – express only marginally less worry with 26 per cent.

It’s worth noting that while far from their height, Trudeau’s latest approval numbers still fare better than Stephen Harper’s national approval rating while holding a majority government, which peaked at just 42 per cent in December of 2014.