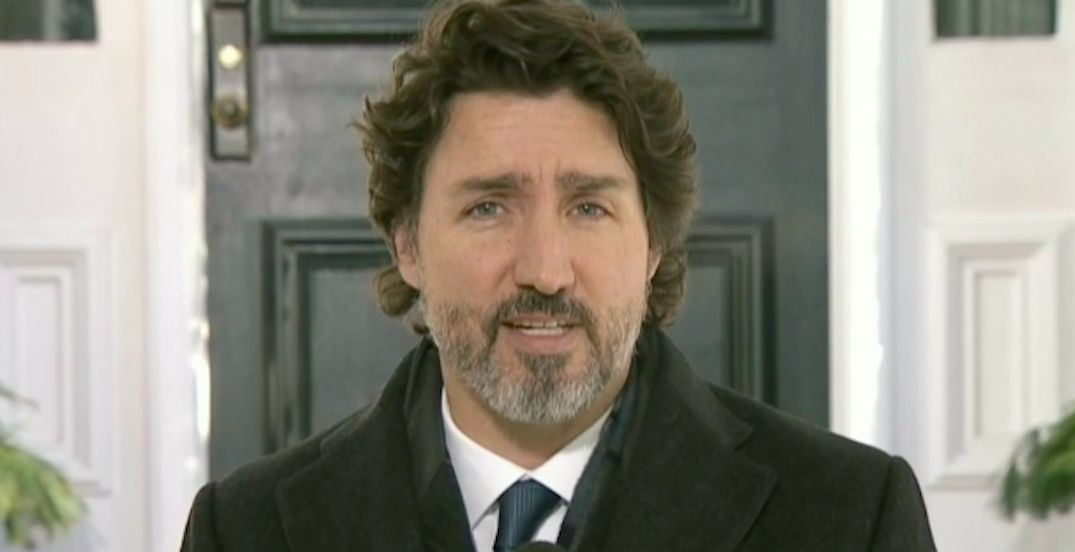 Canadian Prime Minister Justin Trudeau said that the violence witnessed at the US Capitol this week was incited by President Donald Trump.

During a press briefing on Friday, Trudeau said, “what we witnessed was an assault on democracy, violent rioters incited by the current president and other politicians.”

“What we saw was shocking, deeply disturbing and frankly saddening.”

Trudeau said while the events will be remembered, it also showed that democracy is resilient in the US.

“Violence has no place in our society, and extremists will not overrule the need of the people.”

When asked if he was worried that his remarks against Trump, who is still in office for two weeks, would hurt relations with the US, Trudeau responded that it’s important to defend democracy.

The prime minister also mentioned that the events had Canadians reflecting on their own country, which he discussed with the premiers on the weekly Thursday night call.

“Democracy is not automatic; it takes work every day.” Trudeau added that it’s a “real accomplishment” when the losing side can gracefully concede and rival political parties can work together for the “common good.”

He noted that this has been possible in Canada because “Canadians make it possible.”

An example of the political parties coming together has been for relief packages during the COVID-19 pandemic, even as the Liberal party is a minority government.

On Wednesday, a pro-Trump mob stormed the Capitol to halt democratic proceedings, interrupting lawmakers who were conducting a ceremonial vote to affirm President-elect Joe Biden’s win.

Some members of Congress were forced to take cover and hide, offices were looted, and the formal congressional tally of votes was put on pause for hours.

The following day, Trump said he “totally” disagrees with the outcome of the election but acknowledged there would be an orderly transition of power on January 20.