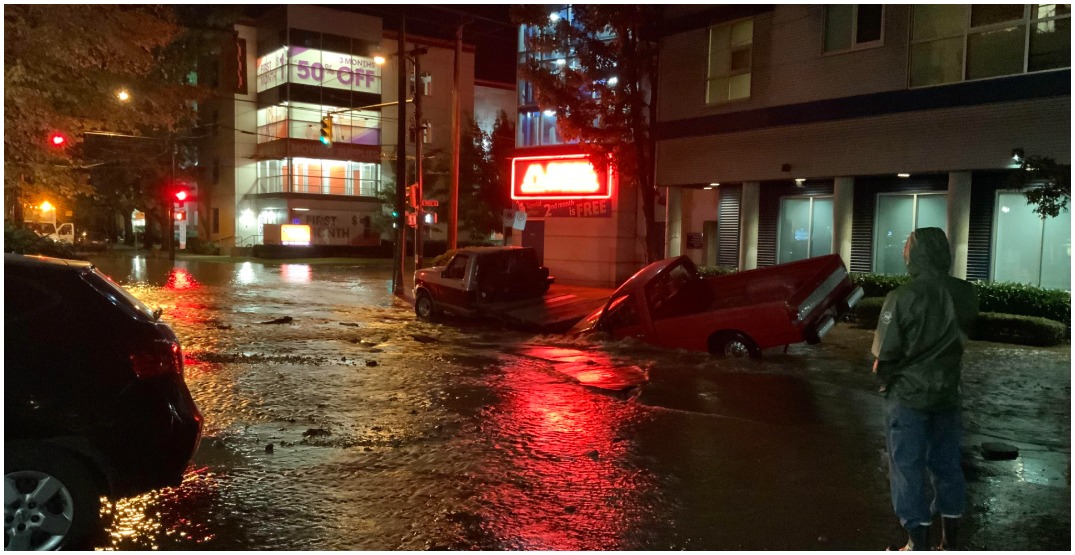 It was a scary morning in East Vancouver after two trucks appeared to be swallowed by a pothole during a water main break just north of Commercial Drive and Powell Street.

Luckily, no one was hurt.

Dave Meers is the assistant chief with the Fire Prevention Division and says crews were called just after 1 am.

“We blocked off the intersection, did some traffic control. Our crews were dispatched at 1:11 am.”

Meers adds, “They found the intersection flooded and water rising rapidly and it was entering adjacent buildings. The asphalt on top of the break was weakened and undercutting the ground, causing two vehicles to sink into the road.”

Water main break at Commercial & Powell early this morning. Powell St. is open again, and a small dead-end section of Commercial remains closed. Fortunately no one was hurt and there are no safety issues. City crews will be on scene until repairs and clean-up are completed

Meers says caution tape was used to block off the roadway to pedestrians, VPD assisted with traffic control, and city crews located and shut off the water valve.

The area was shutdown for a while as crews worked to fix the water main, but Powell Street has since reopened.

The City of Vancouver says there is a small area of Commercial that remains closed.