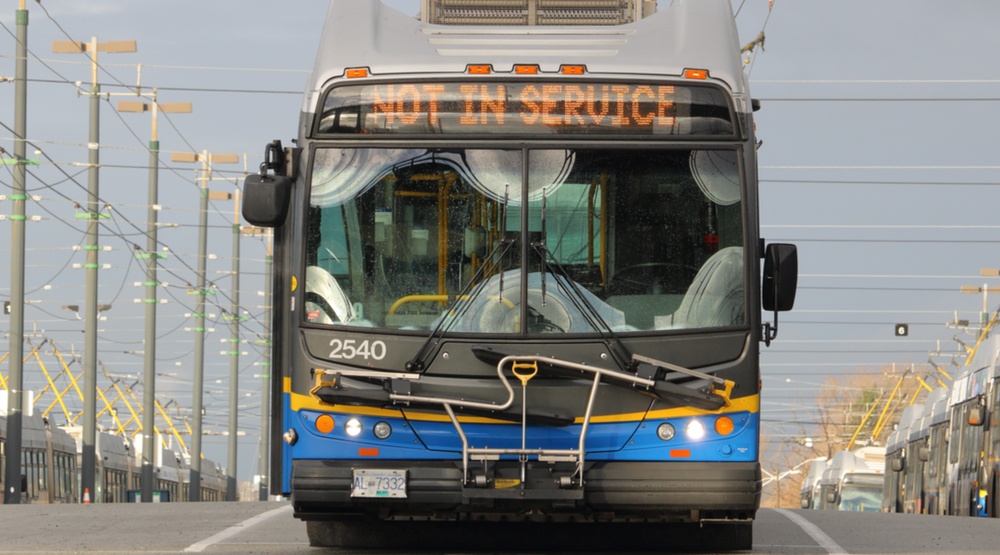 UPDATE: Trolley wires are now fixed, the intersection is clear, and all routes are now returning to regular service

Trolley wires knocked down by a truck just before noon on Thursday, has all westbound traffic – including the 99 B-Line transit route – blocked.

The 99 B-Line is diverting off Broadway between Clarke and Commercial, where it is travelling along 12th Avenue. Westbound #9 buses (which are all trolley) are not able to get through to continue along Broadway.

Translink’s trolley wire crew is on the scene and working to resolve the situation, a Translink release said.

“Eastbound 9 Broadway buses are turning around at Broadway and Main, to prevent bunching of buses near Commercial Drive. Best option for customers heading further eastbound from Main is to switch to a 99 B-Line bus,” it added. 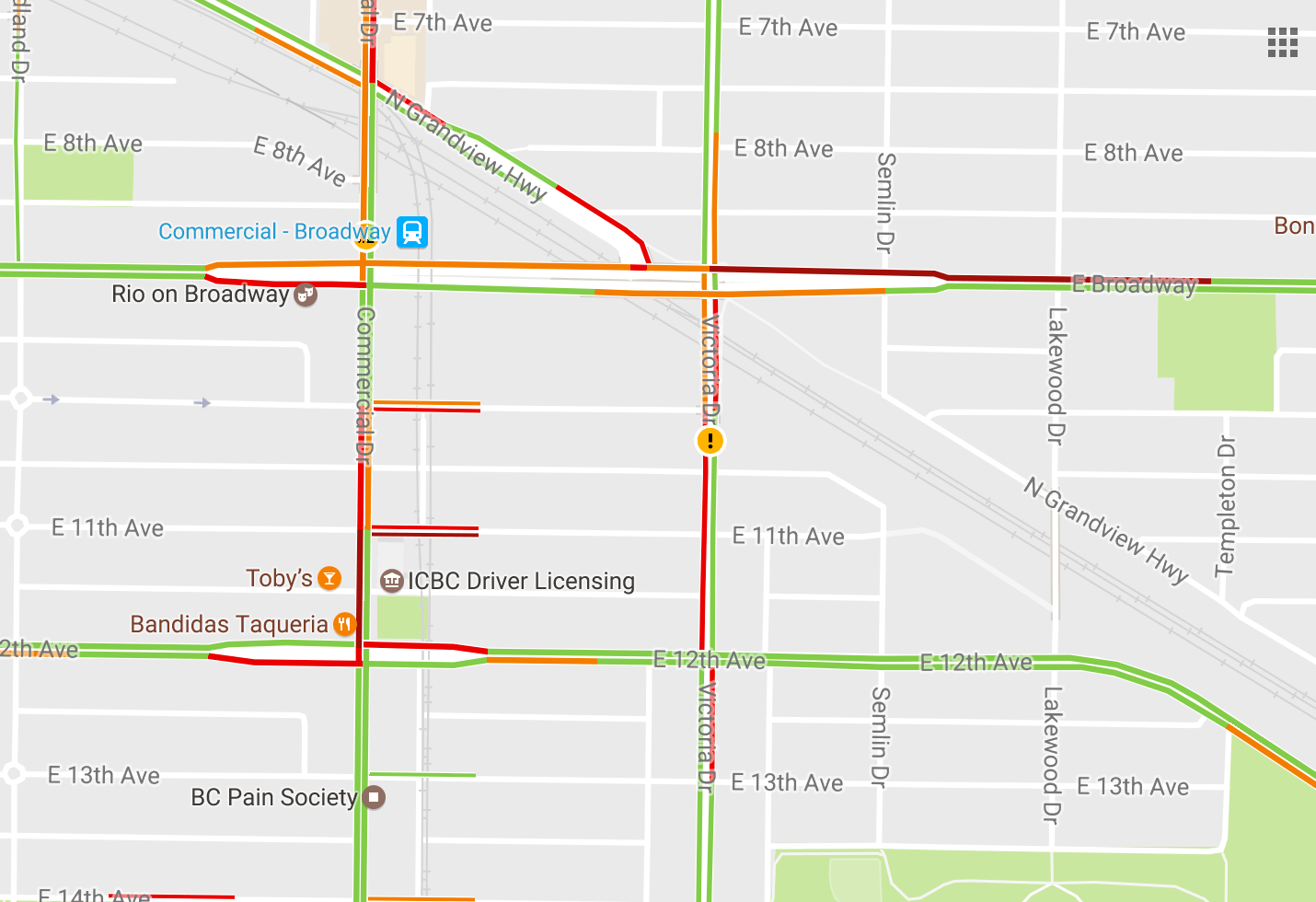 Image: A screenshot of the current traffic situation / Google maps.