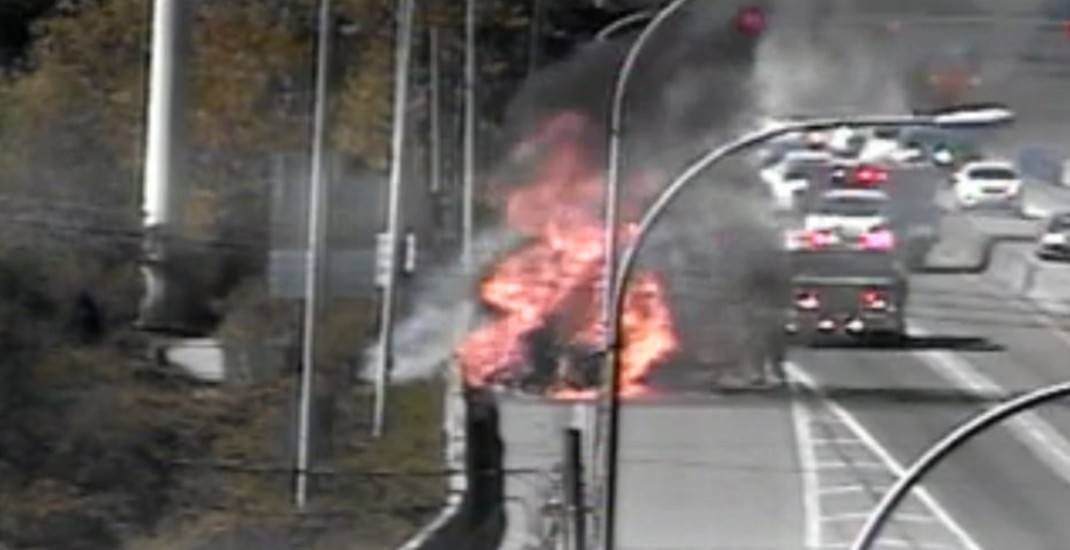 Drivers on Highway 99 in Delta and Richmond have been warned to brace for hefty delays and pretty much a nightmare rush hour after a large semi-truck burst into flames southbound around 3:30 pm Tuesday.

The incident at Slough Bridge near the George Massey Tunnel caused the right lane to be blocked, resulting in traffic delay. Emergency responders have arrived at the scene.

Shortly after 4:30 pm, BC’s Ministry of Transportation reported the fire was out, however, the right lane was still blocked and traffic woes and congestion should still be expected as the afternoon rush hour progresses.