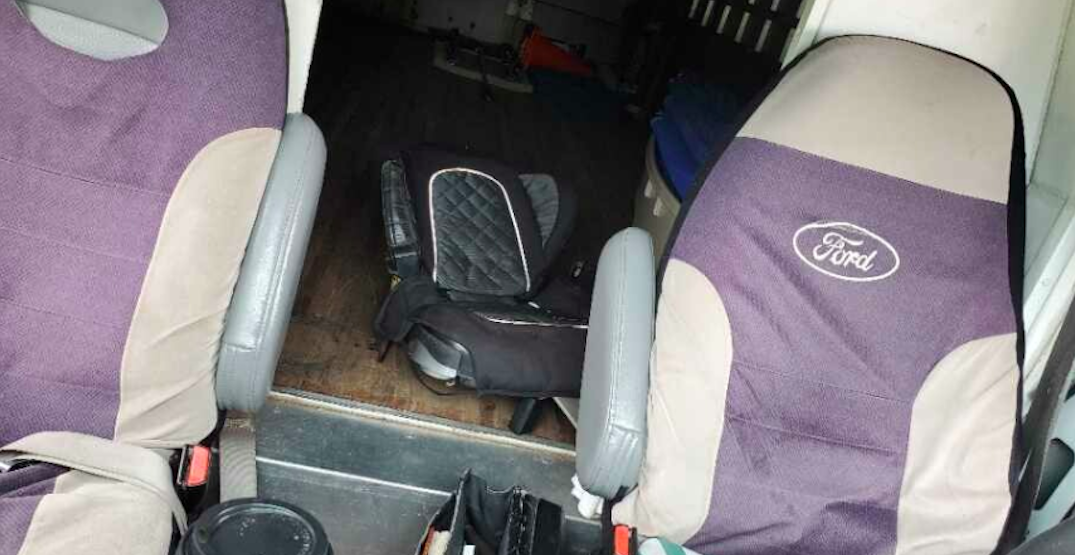 And while the truck this time did in fact have a proper passenger seat, police discovered a third person in the two-seat vehicle – using a child’s car seat as their own.

“Instead of a woodblock this time the extra adult passenger utilized a child booster seat,” police tweeted.

The driver received a $598 ticket as a result.

The third passenger, police said, “left the scene on the SkyTrain.”

On Day 3 of our CMV Check #CVSE stopped a commercial truck where instead of a wood block this time the extra adult passenger utilized a child booster seat, a $598 VT was issued to the owner and and the extra passenger left the scene on the skytrain #CMVSafety pic.twitter.com/BQi5pNf79C