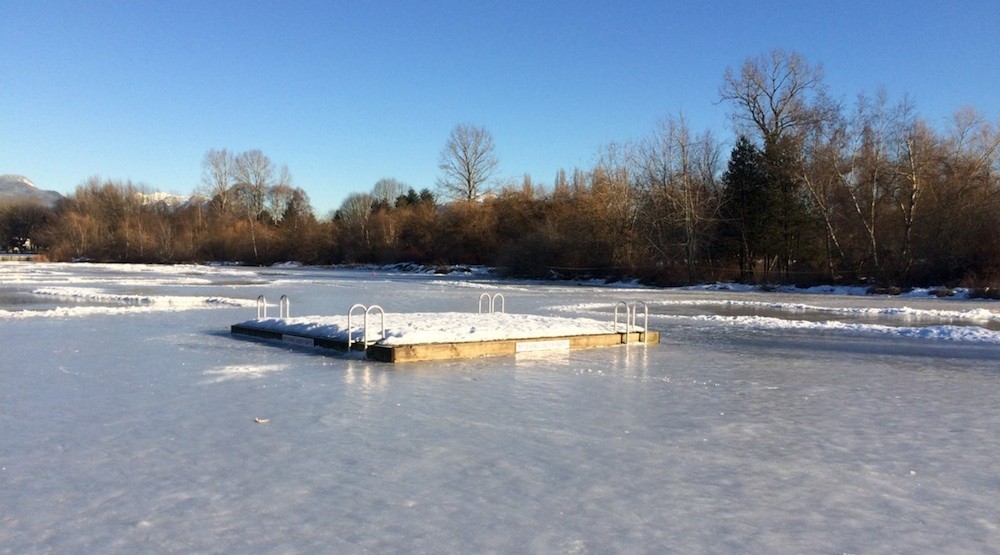 The Vancouver Park Board has reopened Trout Lake in East Vancouver to ice skating today following a closure on Sunday due to heavy use and warm temperatures.

A fresh, smooth and relatively snowless layer of ice has developed on the surface following days of rainfall and warm temperatures. Standing water from rainfall and ice melt then refroze over the last two days with the return of the arctic outflow bringing subzero temperatures of as low as -7°C.

More importantly, the cold weather has thickened the ice layer to a solid eight inches.

With overnight lows of -6°C and daytime highs of 0°C in the forecast over the next few days, optimal skating conditions are expected to continue through at least Friday, before the expected rainfall and warm temperatures over the weekend.

Ice skating on Trout Lake is free, but it is unsupervised with the exception of lifeguards monitoring ice conditions.

Today’s #TroutLake update: >20cm/8in of good ice. Skate at your own risk:area is unsupervised.Dress warmly, bring your own skates & helmets. pic.twitter.com/8iYrXPC0ZR

The Park Board closed Trout Lake to skating as a safety precaution after surface slush and thousands of people were seen on the ice on Saturday. It opened the lake to skating on Thursday, January 5, which was the first time in 20 years that there was a thick enough ice layer for skating. A minimum of five inches of solid ice is needed to be deemed safe to skate on.

Other ponds in the city, including Lost Lagoon in Stanley Park and the ponds at Vanier Park, remain unsafe due to thin ice.

Over on the other side of the region, the City of Coquitlam has opened Como Lake for free ice skating. Como Lake is similar to the size of Trout Lake and is also located in a residential neighbourhood.