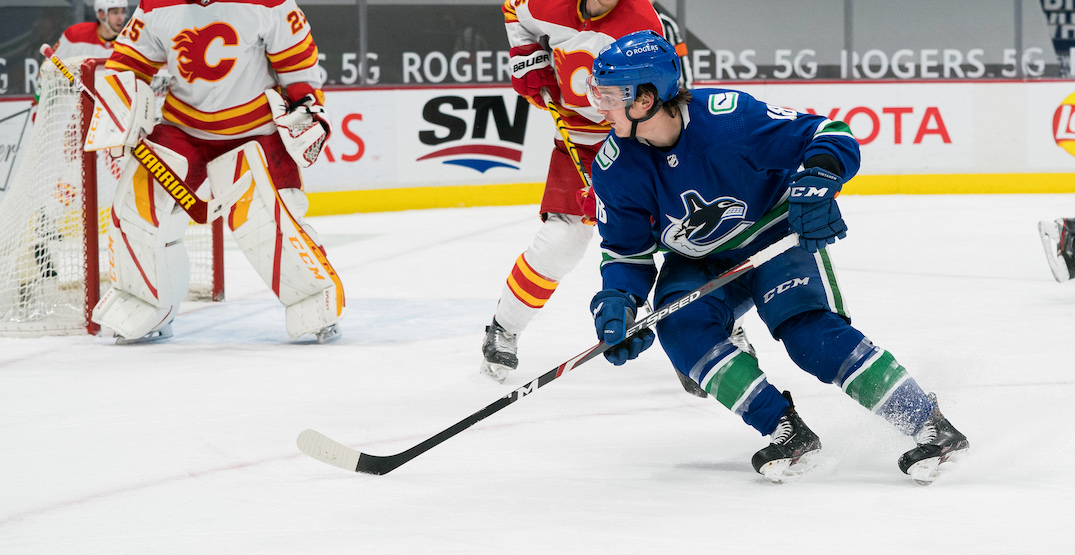 Virtanen, 25, was charged in connection with allegations stemming from a 2017 incident, according to the Vancouver Police Department earlier this year.

Police previously said the investigation was launched in May 2021 after the then-23-year-old alleged victim, who is protected under a publication ban, came forward.

Virtanen, who spent parts of six seasons with the Canucks, last played for the team on April 29, 2021.

The Abbotsford native has previously denied the allegations. In a statement, he said he had “consensual physical relations with a woman. There were no drugs or alcohol involved.”

The statement provided by his agent adds that “absolutely nothing improper occurred and denies in the strongest possible terms any suggestion that this was non-consensual.”

#VPDNews: Jake Virtanen, 25, has been charged with sexual assault in relation to an incident that happened in Vancouver on September 26, 2017, when Virtanen was playing in the National Hockey League. https://t.co/b6ItIMSDsp pic.twitter.com/KNPdJPOBPp

The trial is being held in downtown Vancouver and is expected to last seven days, according to the BC Prosecution Service.

With files from Adam Laskaris