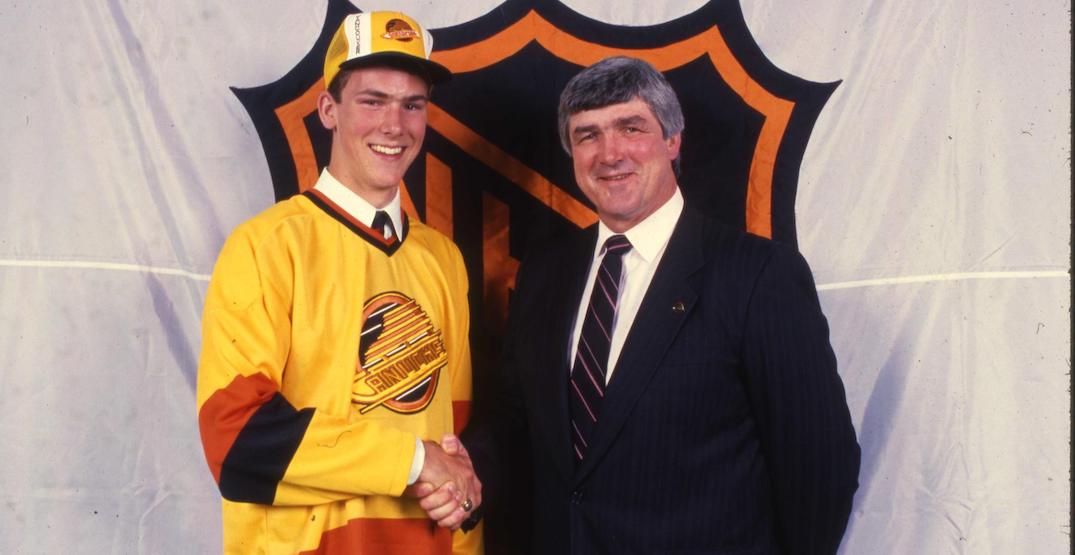 The most impressive trade tree in Vancouver Canucks history is now complete, following Jacob Markstrom’s departure to the Calgary Flames.

The series of events that led to the Canucks getting Markstrom basically includes a who’s who of Canucks history, notably Trevor Linden, Todd Bertuzzi, and Roberto Luongo. It also helped bring the Sedins to Vancouver.

It all began at the 1988 NHL Entry Draft in Montreal, when then-Canucks GM Pat Quinn chose Trevor Linden second overall. Linden went on to play 10 seasons with the Canucks, becoming one of the best players in franchise history.

On February 6, 1998, Linden was traded by Mike Keenan to the New York Islanders in exchange for Todd Bertuzzi, Bryan McCabe, and a third-round pick (which turned into Jarkko Ruutu).

Ruutu played parts of six seasons in Vancouver before leaving for Pittsburgh in free agency in 2006.

McCabe was a key trade chip that GM Brian Burke used to acquire an extra draft pick when he brought the Sedins to Vancouver in 1999. Henrik and Daniel Sedin went on to each score more than a thousand points in the NHL and had the best careers in Canucks history.

Bertuzzi, meanwhile, went on to become one of the best power forwards in hockey, albeit for less than a handful of seasons. He played eight seasons in Vancouver, and ranked ninth on our list of greatest Canucks players of all-time.

Along with defenceman Bryan Allen, Bertuzzi was traded to the Florida Panthers by Dave Nonis on June 23, 2006, returning Roberto Luongo and Lukas Krajicek.

Krajicek played two uneventful seasons in Vancouver before being included in a trade for Shane O’Brien in 2008. O’Brien played two seasons for the Canucks before being shipped to Nashville for spare parts.

Luongo became the greatest goaltender in Canucks history, winning 242 regular season games in Vancouver and leading them to the Stanley Cup Final in 2011.

In a heavily-criticized trade at the time, on March 4, 2014 Mike Gillis sent Roberto Luongo back to Florida with minor league forward Steven Anthony, in exchange for Shawn Matthias and Jacob Markstrom.

Matthias played two seasons in Vancouver before taking off to Toronto in free agency.

Markstrom, meanwhile, took time to develop, but became one of the best goalies in the NHL, and was named Canucks MVP in 2019 and 2020.