They say that you tend to start the new year the way you finish the last one; that’s why many people spend it with friends, and not by eating pizza pops in the dark. The only question that remains is whether to fondly nurse your way into the upcoming year or to fly full speed into it.

On December 31, a few strokes before midnight, The Waldorf Hotel will be transformed into a full-out performance venue with all of its Polynesian inspired rooms utilized. The rooms will all feature world class artists, host interactive exhibits — or host you given that its room packages are fully available for your overnight VIP party (featuring in room bottle service, of course).

The marquee performer of the evening, Travi$ Scott brings forth the musical pedigree that made him an invaluable producer and performer on both Magna Carta Holy Grail and Yeezus.

2014 has seen him feature on tracks by Yung Lean, PartyNextDoor, Tinashe, and Meek Mill; and release a massive sophomore effort in the critically acclaimed ‘Days Before Rodeo’ on T.I.’s Grand Hustle imprint, featuring guest appearances by G.O.O.D. Music label-mate Big Sean, Rich Homie Quan, Young Thug, Migos, Peewee Longway, and the 1975. It’s clear that your evening will be in good hands.

MAD DECENT NYE15 is giving away a an amazing NYE package of four VIP tickets to their Waldorf Hotel event! This includes in-room bottle service, a champagne bottle, premium spirit bottle and a host for the entire evening. The value of the entire package is $1,000!

To enter into the contest, do the following:

Contest ends Friday, December 19 at 11:59 p.m. One winner will be drawn at random and announced on Vancity Buzz’s Twitter. 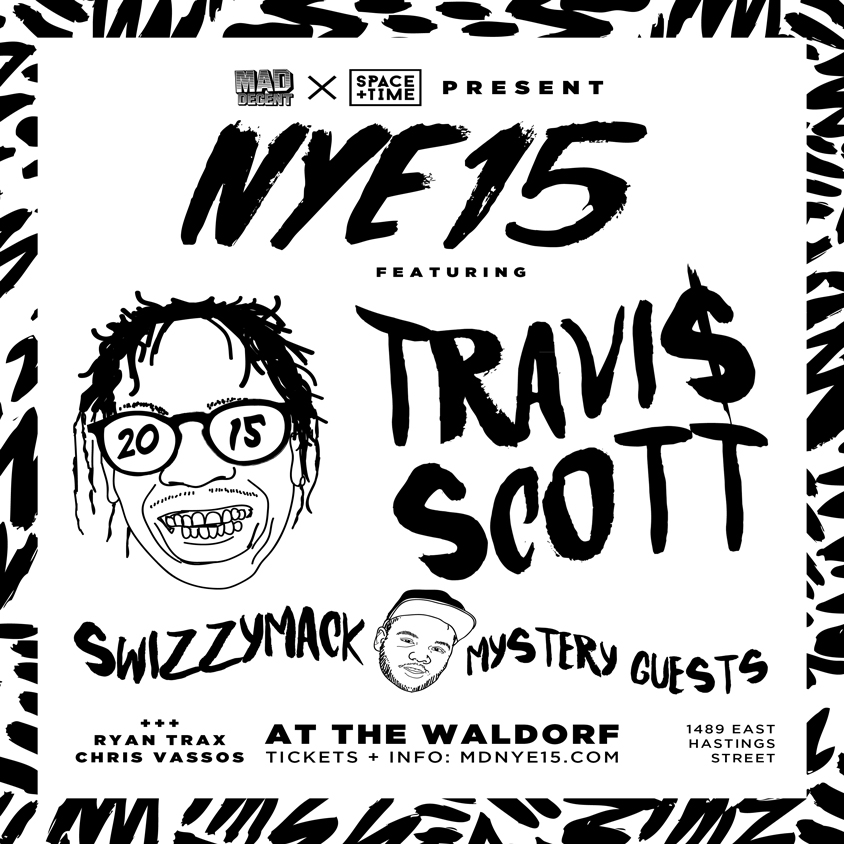