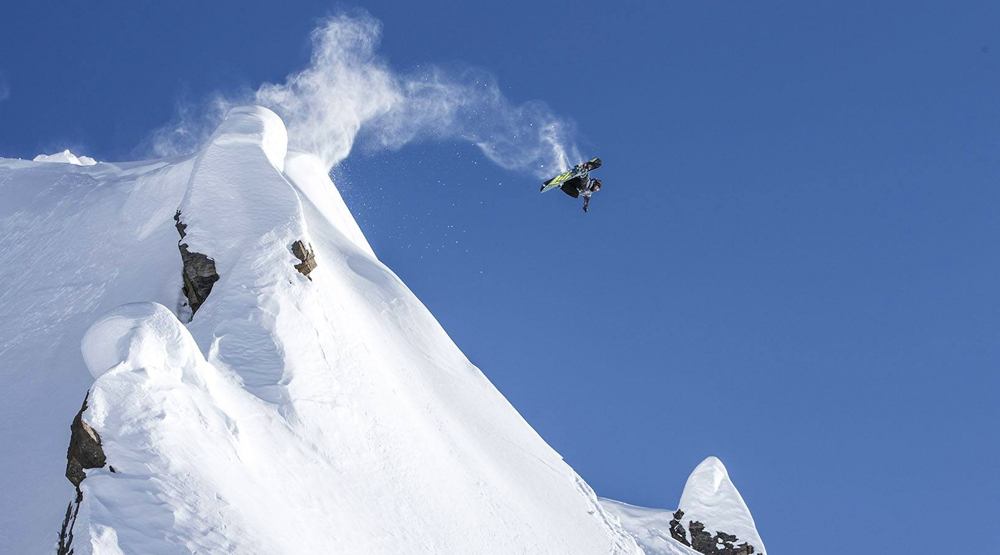 Now, five years later, Rice is back with a sequel, The Fourth Phase, where he and some of the world’s top snowboarders make their way around the water cycle of the North Pacific Gyre.

“At it’s core, it’s a snowboarding film,” Rice told Daily Hive in an interview over the summer. “But with snowboarding as its backdrop, we wanted to explore a bit more of the weather engine of the Pacific Ocean.”

And with it being a Red Bull movie, it’s really about defying all expectations on a snowboard, and travelling 26,000 kilometres around the globe to incredibly beautiful locations.

“The beauty of the film we set out to make was incredibly challenging, it was by no means the easiest from point A to B,” Rice said.

“One of the proudest things for me with this film was, we really put ourselves out there, year after year, and we didn’t have anyone seriously injured.”

The Fourth Phase will be released worldwide on October 2 on Red Bull TV, but Vancouverites are getting the special Canadian premiere and only big-screen showing of the film on Saturday, September 10.

To enter to win a pair of tickets to the Canadian premiere from Red Bull Media House, do at least one of the following. The first winner chosen will also receive a mounted print by Vancouver photographer Scott Serfas signed by Travis Rice (valued at approximately $400).

2. Leave a comment below telling us your favourite winter sport. (1 entry)

Contest entries will be accepted from time and date of publishing until 8:59 pm PST on September 9, 2016. Each winner will be chosen at random and contacted through the platform they enter by.

Three winners will be selected

Where: The Centre for Performing Arts – 777 Homer Street, Vancouver

Limited tickets are available through Ticketmaster.