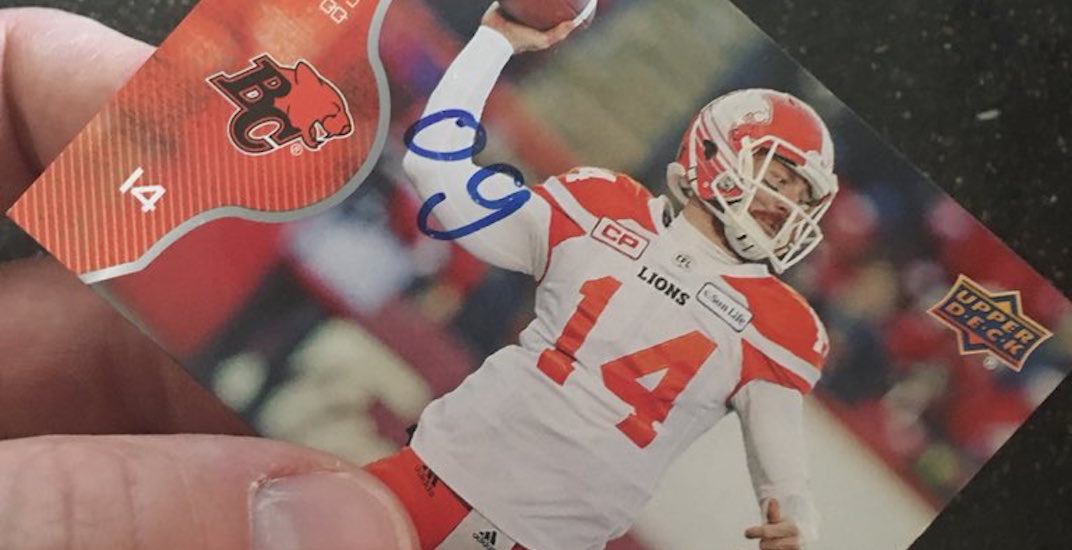 Travis Lulay has a fan for life in Ottawa.

This youngster, a Red Blacks fan, has a soft spot for BC Lions quarterback Travis Lulay, who took the time to pose for a photo with him before the Grey Cup last year. Lulay, who was at the game working as an analyst for Sportsnet, shared the photo on social media at the time.

Met this young @REDBLACKS fan before the game tonight, so pumped for #GreyCup105 I had to get a pic with him. This is what our @CFL is all about! pic.twitter.com/FCSSOyeamX

Starting his second game at quarterback for the Lions this season, Lulay was back in Ottawa on Friday for a game against the Redblacks. The young fan, named Owen, met Lulay at nearly the same spot, and he came prepared. 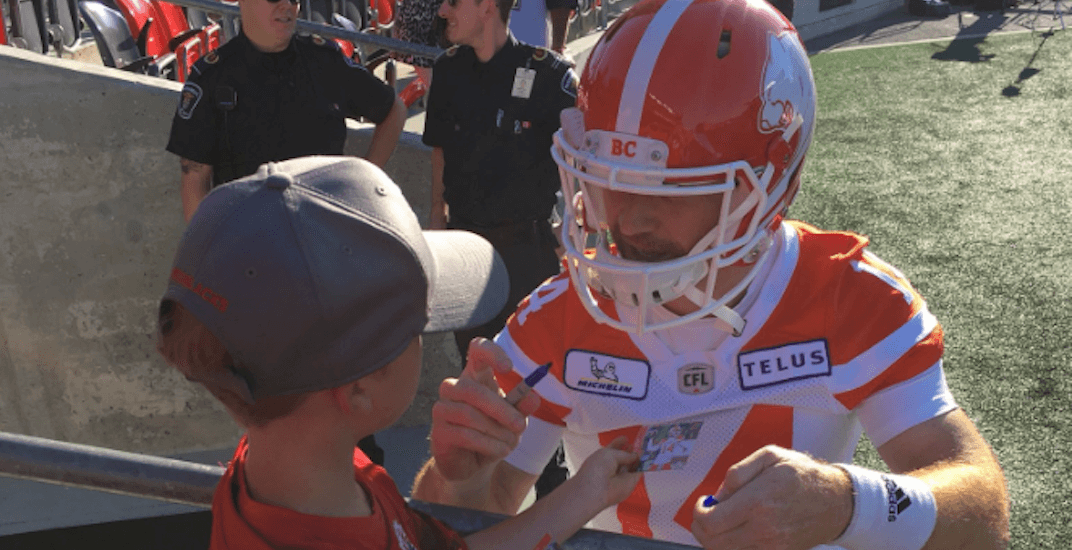 Eight months later and (almost) the same spot. Shout out to @TravisLulay for once again making my little @REDBLACKS fan’s #CFLGameDay! This is what makes the @CFL so special! pic.twitter.com/H1VrhnNB3O

As a professional football player, Lulay was surely ready to sign an autograph for the young fan, but I bet he didn’t expect to receive one as well. Owen autographed a Lulay card with “OG,” which are his initials.

Question is… are OG his initials, or is he calling me an “OG”?! Either way, thanks! pic.twitter.com/7hAOia0Uh9

That was some kind of gangsta move for a kid his age.