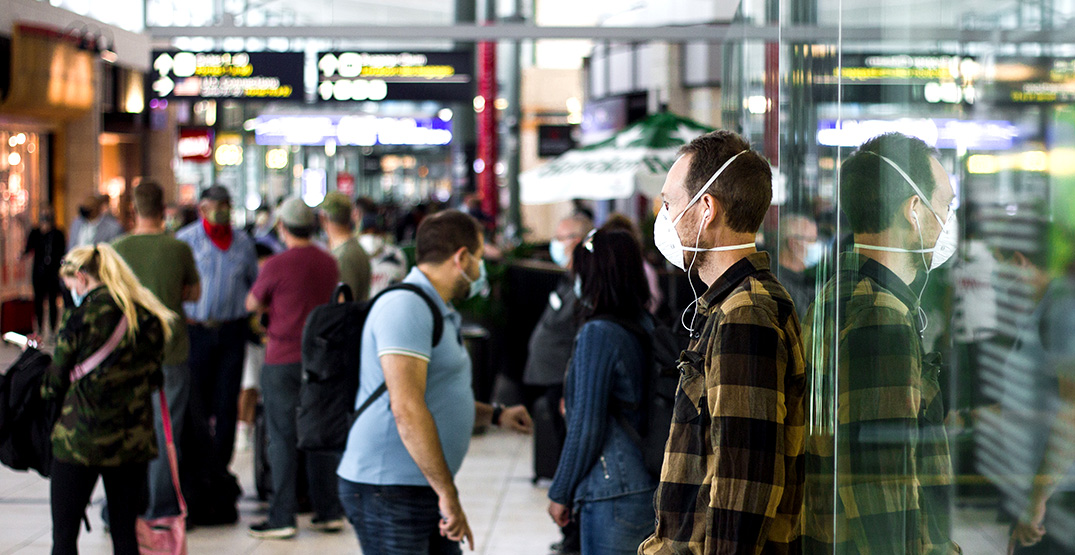 Leaders across the travel and tourism industry are calling on the federal government to provide “urgent relief” at borders by decreasing delays travellers are facing at Canadian airports.

The Canadian Travel and Tourism Roundtable, which is made up of representatives from airlines, airports, hotels, and travel organizations, released a list of demands it’s asking the government to implement by no later than June 15.

“The Roundtable appreciates recent decisions by the federal government to increase the number of Canadian Air Transport Security Authority (CATSA) and Canada Border Services Agency (CBSA) screening officers,” the group said in a statement on Wednesday.

“However, these measures are longer-term solutions that will take weeks before materially impacting wait times for travellers at Canadian airports.”

Travel and tourism leaders are calling on the federal gov to provide urgent relief at the border, no later than June 15th 2022 by removing bottleneck, bureaucratic processes and streamlining government checkpoints at airports. https://t.co/ChCwaImITF

The roundtable is urging Ottawa to take the following short-term actions:

These demands come a day after the government announced an extension of the current border measures for people entering Canada.

Canadian airports and land borders will continue to implement vaccine proof, random COVID-19 testing, and mandatory pandemic questions on the ArriveCAN app throughout the country until at least June 30.

Unusually long wait times have become the norm for travellers at Canadian airports in the past few weeks.

Some barely make their flight even if they follow advice from airlines to arrive three hours early. There has even been chaos at arrivals at some major airports, with piles of bags clogging baggage claim.

Susie Grynol, president of the Hotel Association of Canada says that tourism was the hardest hit industry when the pandemic began, and now “hangover public health requirements are stifling the industry’s ability to recover.”

Canada’s four major airports are currently processing an average of 56,000 international passengers a day — a number that’s anticipated to grow by 50% per day this summer, according to Monette Pasher, interim president of the Canadian Airports Council.

“It’s challenging to manage that level of traffic, with the leftover, legacy public health protocols still in place at our international borders,” she added.

“It would normally take a customs agent 30 seconds to process a passenger and now it’s taking two to four times that because of public health protocols.”

The coalition is asking Canada to be in line with other countries that have removed barriers to travel altogether.

On Tuesday, Canada’s Transportation Minister Omar Alghabra said the government is trying to “strike the balance between protecting public health and ensuring the fluidity and movement of our economy.”