Another 28 new generation Mark III cars will be added to SkyTrain’s Expo and Millennium lines to add capacity and relief congestion, but the much-needed trains will not be rolling on the tracks for another two years.

In an announcement this morning, TransLink says it will acquire another seven, four-car fully-articulated Mark III trains at a cost of $93 million. This is well below the previously stated budget of $112 million.

Following the new federal model for funding transit projects, the federal government is covering 50% of the costs while the provincial government is funding 33% and TransLink with the remainder.

The decision to order the new Bombardier trains is part of the $2-billion Phase One transit improvements that were approved by the Mayor’s Council less than a month ago.

The public transit authority was able to make the order quickly given that this is an exercise of the previous contract option with the Montreal-based train manufacturer to order additional trains. As well, there is an urgent need for the trains with ridership growing to an all-time high, and ridership is expected to soar in the New Year with the recent opening of the Millennium Line’s Evergreen Extension. 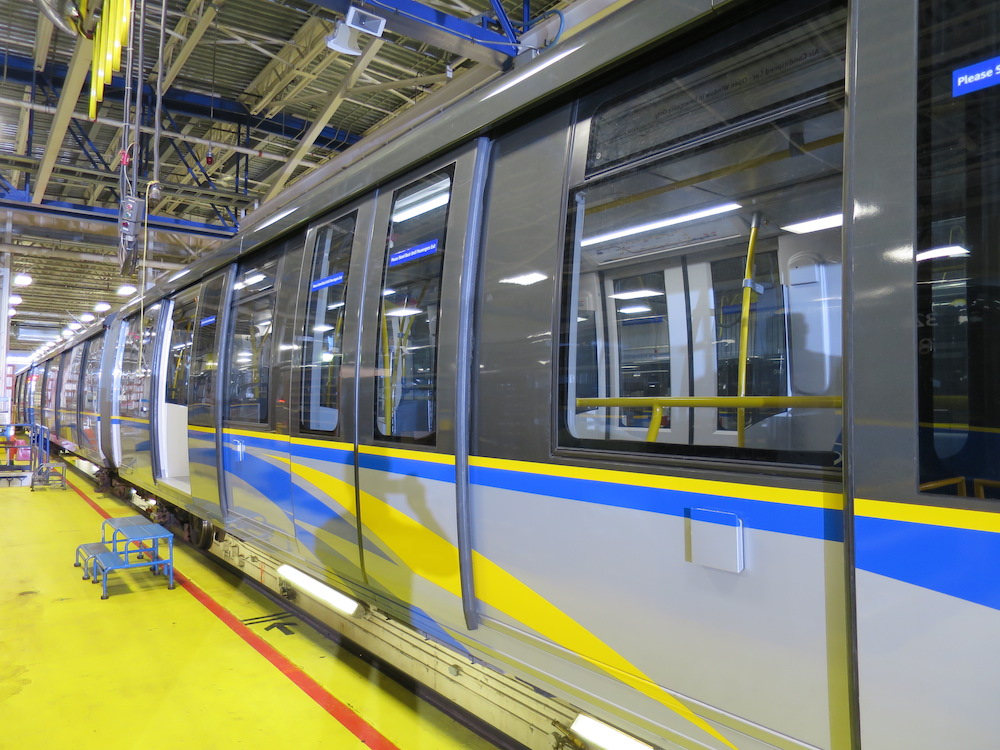 The new trains will begin to arrive in late-2018 and will be placed into service beginning in early-2019. Capacity on the Expo Line and Millennium Line systems will increase by 12% when all of the new trains are operational.

“With the critical support of our federal, provincial and regional partnerships, TransLink is ready and eager to start implementing service and infrastructure improvements outlined in Phase One of the 10-Year Vision,” said TransLink CEO Kevin Desmond in a statement. “Today’s announcement is just one in a series of steps we’re taking to expand service for our customers and reduce wait times and crowding.”

The first fleet of Mark III models, an order of 28 cars, for SkyTrain were ordered in 2012, and they arrived this past summer and are now all in operation. Unlike the older Expo-era Mark I cars and the 2000-era Mark II cars, the Mark III trains are connected as long, fully-articulated four-car trains, allowing passengers can walk from one end of the train to another. 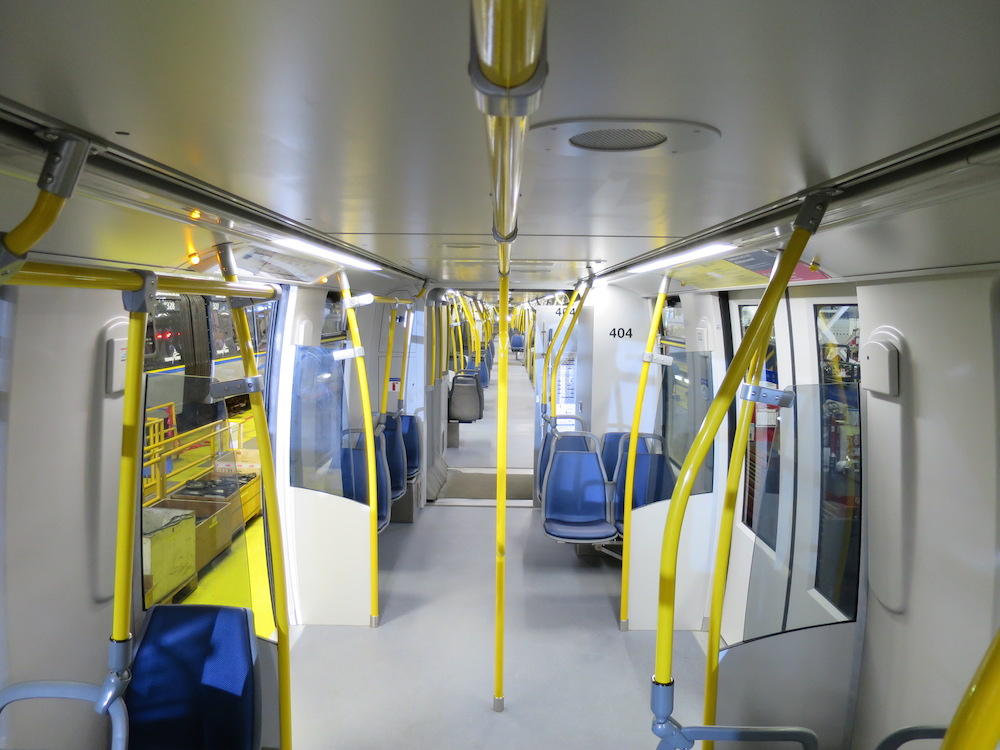 As the Mark III train is a fully-articulated four-car train, passengers can walk from one end of the train to the other end, just like on the subways of other major transit systems. (Photo credit: Kenneth Chan / Daily Hive)

“There were some challenges during testing and commissioning, but passengers actually love them,” Richard Sykes, the Vice-President of Maintenance for the BC Rapid Transit Company, told TransLink’s Board of Directors earlier this month. “It is very encouraging to be out and about and see people waiting for a Mark III train.”

The new generation trains carry a number of improved features, such as an upgraded interior LED lighting system, new passenger doors designed to reduce noise, an improved seating configuration, and significantly larger windows on the sides and windshields of the train that extend down to waist height. 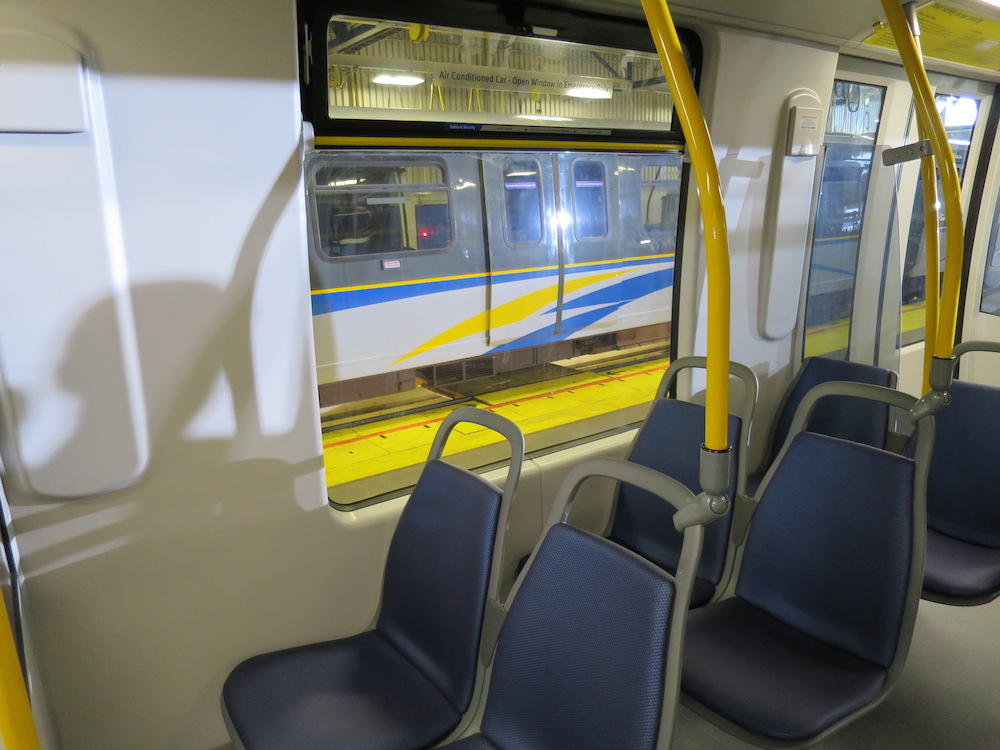 Overall, with a capacity for 532 passengers, these new trains hold more passengers than a four-car Mark II train or even a six-car Mark I train. They are only being put into service on the Expo Line given the high demand of the region’s busiest SkyTrain line.

“There were some challenges during testing and commissioning, but passengers actually love them,” Sykes continued. “It is very encouraging to be out and about and see people waiting for a Mark III train.”

“It is very nice. From an engineering perspective, if you stand look at the train and see it full, it’s amazing. If you look at the difference between a Mark I and a Mark III, it’s very different. It’s a very European model, an open train, and makes a huge difference. People actually smile on those trains because of the openness.”

More trains for the Canada Line

TransLink is expected to begin a new, separate procurement phase for adding 22 cars to the Canada Line to increase capacity by 55%. As this is a new procurement phase, it will take longer for the trains to arrive, with Desmond previously stating that the trains will likely arrive later in 2019. 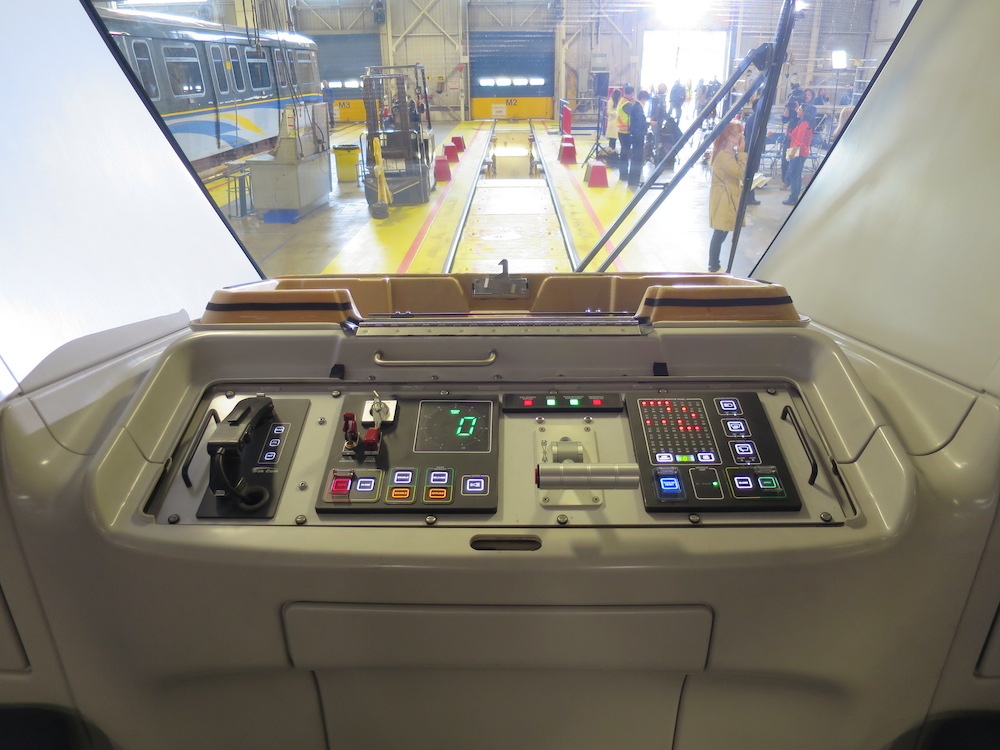 The manual driverboard of the Mark III train is normally hidden under a locked cover at the front of the train. (Photo credit: Kenneth Chan / Daily Hive) 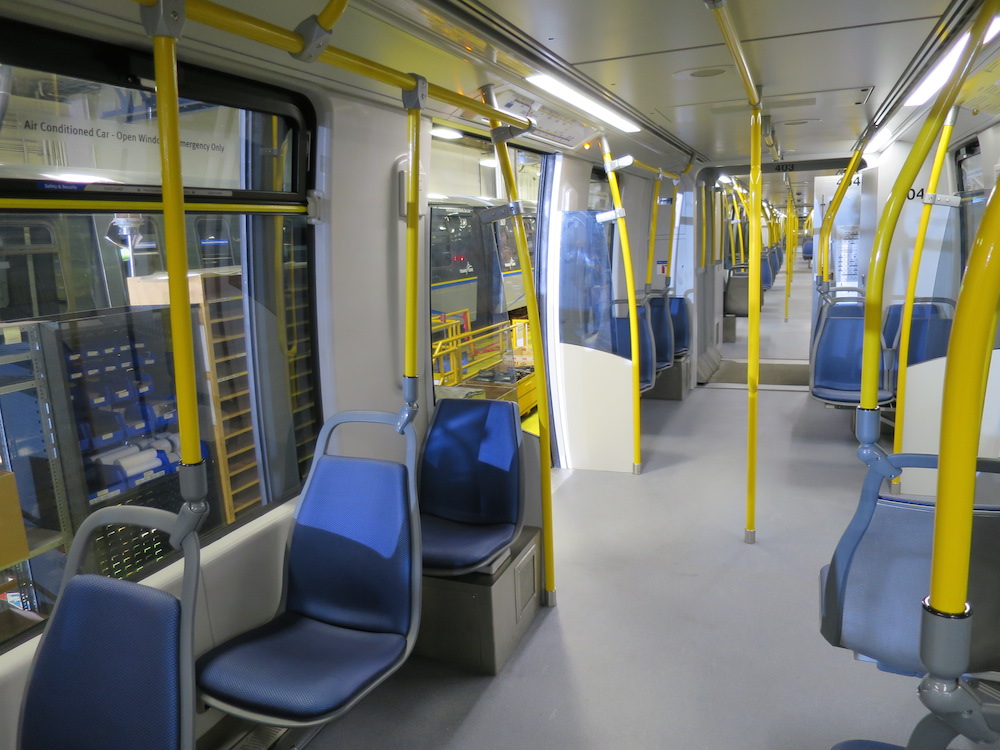