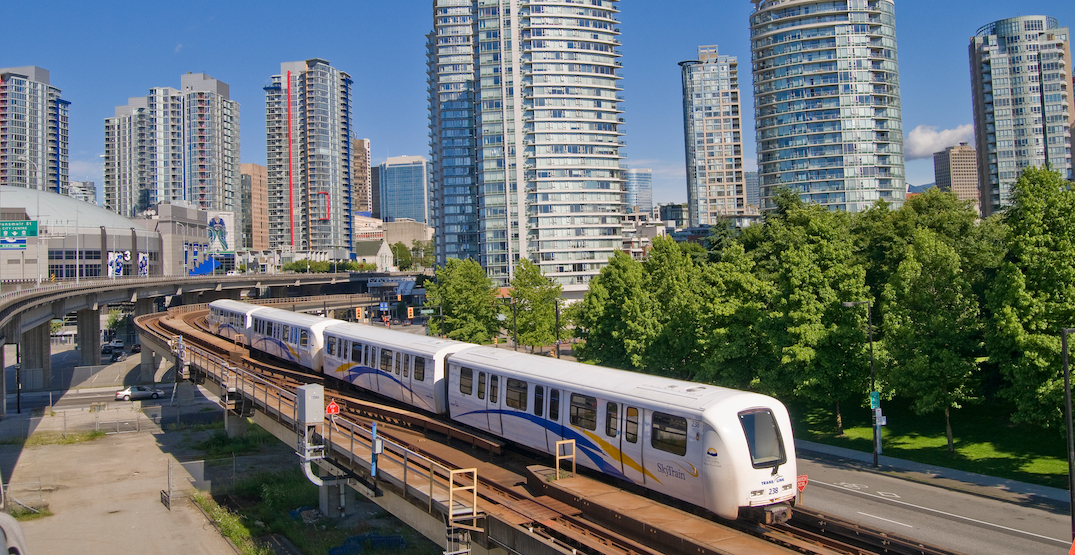 Recent conditions and directions in the COVID-19 pandemic could lead to a significant surge in TransLink ridership later this year, but the conditions are fluid.

TransLink staff explained during today’s board of directors meeting that the current schedule for general population vaccinations is far earlier than originally anticipated. The public transit authority produced modelling last year that assumed vaccinations would not begin until the end of 2021 at the earliest.

But there are now four vaccines approved for use in Canada, and within British Columbia, everyone who wants a shot will be able to have one by June, with second shots as needed by fall.

Ilan Elgar, the manager of transportation forecasting at TransLink, says they are seeing the possibility of a major upswing in transportation demand from the provincial health officer’s recent direction that post-secondary institutions can expect the return of in-classroom sessions this fall. As well, they are looking into new probabilities of people not studying or working from home as much.

But there are a multitude of factors to consider, including employment levels, strength of the economy, capacity for discretional spending, fuel prices, and gains in vehicle ownership as a result of the pandemic.

“There is a risk that as the economy kicks into high gear and things reopen, that unless our transit system recovers, the driving rates could increase even more, and we’ll see even more congestion than we did prior to COVID-19,” said Geoff Cross, TransLink’s vice president of planning and policy.

Another major question for planners is: how comfortable will be people be with sharing rides with each others in small spaces?

TransLink’s pandemic-time operations are currently targeting 66% capacity for all modes, but if vaccines prove to be effective in bringing an end to the pandemic, they have indicated they are comfortable with bringing capacity loads back to 100%. 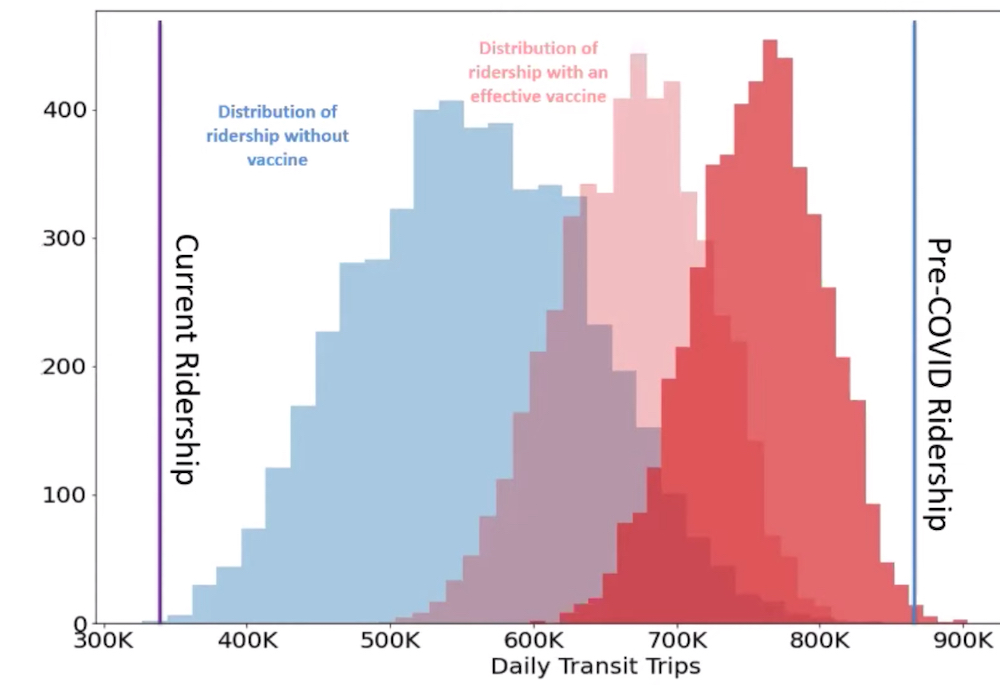 This would be up from the current ridership volumes of about 350,000 daily trips. Since the end of Summer 2020, ridership has been stagnant at around 40% of normal levels, but up from the pandemic low of 18% in April 2020.

A “high demand” scenario — based on the vaccine providing lasting protection and being deployed on schedule — could see ridership trending upwards starting in early Summer 2021, and reaching 80% of normal levels by early September 2021 when the new school year begins.

“We are now projecting that we will have a lot more ridership than what we could have before because of vaccinations,” emphasized Elgar.

While ridership may be stronger than previously anticipated in the short-term, TransLink planners warn that there will likely be long-term structural impacts.

TransLink ridership patterns to date during the COVID-19 pandemic. (TransLink)

TransLink ridership patterns to date during the COVID-19 pandemic. (TransLink)