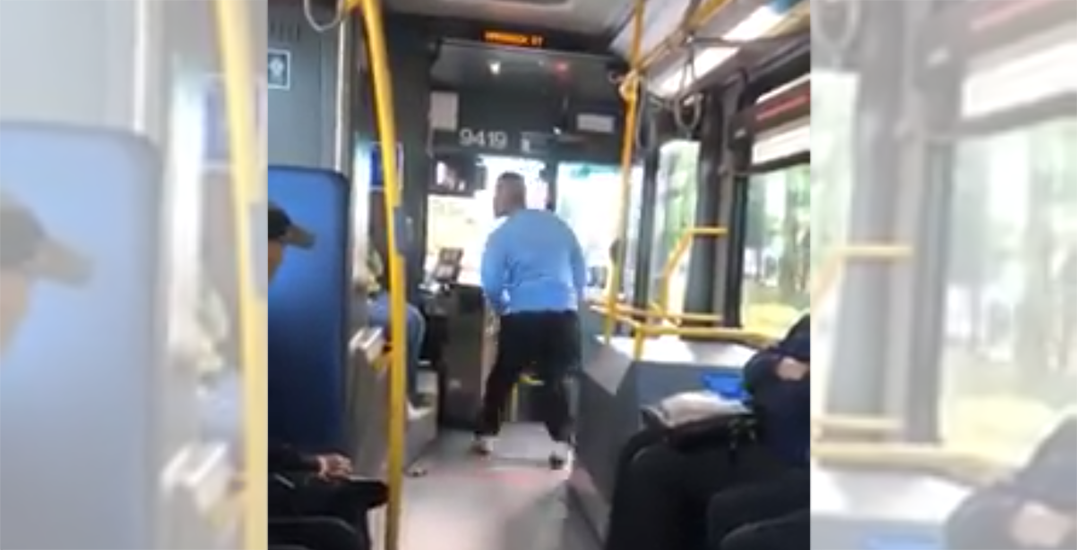 A short video that was uploaded and shared on Facebook captured an unsettling exchange between a bus driver and an extremely aggressive passenger.

The six-second clip, recorded by Neczarvee Jane Guidoriago, shows a male with a large build using the handrails to kick the front door of the bus.

He kicks the door twice before it fully opens, and before he leaves the vehicle, he appears to spit on the bus driver.

According to the post, the incident took place on Tuesday afternoon, on the 123 route that travels eastbound from Brentwood Station to New Westminster Station.

“I took this video to show how bus drivers are being treated,” writes Guidoriagao on her Facebook. “It makes me so angry that it happened on our bus and to the driver.”

She also notes that the individual got off the bus at a stop on Canada Way and Hardwick Street.

Daily Hive has reached out to the Metro Vancouver Transit Police for further comment.